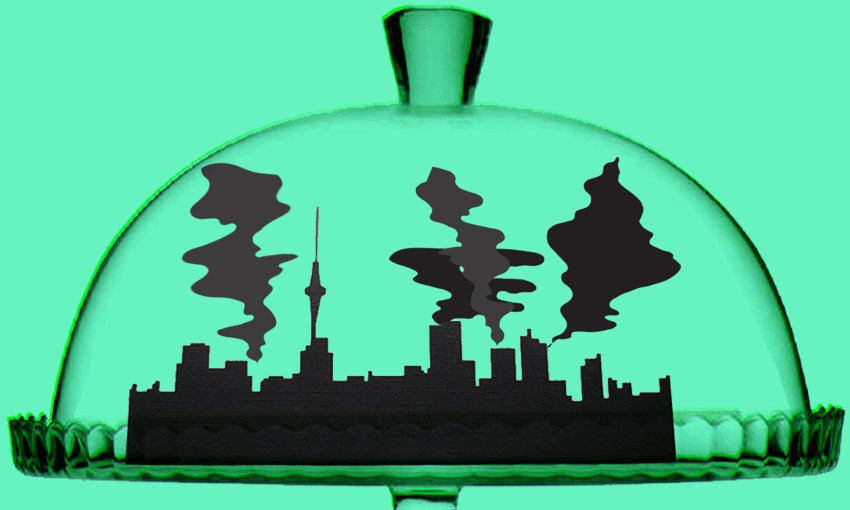 Bernard Hickey: As politicians dither on climate, business must forge ahead

With government continuing to drag its heels on getting to carbon zero, businesses will have to forge ahead on their own to slash emissions – because fudging and prevarication are no longer an option, writes Bernard Hickey.

This week the Climate Change Commission released its final report to the government setting out its recommendations on how to curb New Zealand’s reliance on fossil fuels, meet our international obligations and achieve carbon zero. While it was greeted with much lofty rhetoric about the scale of its ambitions, the report was in fact an unrealistic and inadequate prescription for meeting the enormous challenges that face us on climate.

The commission’s recommendations and how they were presented confirmed how afraid this supposedly transformational (but actually second-guessing and focus-grouping) government is of jeopardising the precious lifestyles of suburban home-owning voters with tax-exempt double cab utes. Not that the opposition would do better.

Politicians, and the median voters they serve, are excellent can kickers on climate. But businesses aren’t so lucky. They have to respect a more ruthless set of taskmasters who think long term and consistently, including on the hard inevitabilities of climate science. Business must now focus on the real drivers for climate change action, including their investors, insurers, bankers, international regulators, activist sovereign wealth funds and purpose-driven consumers.

Don’t expect too much to come directly out of the Climate Change Commission report and take the fine words about seizing this “life or death nuclear-free moment of our generation” for transformational change with a grain elevator of salt.

Why am I so doubtful? Surely this is, as Jacinda Ardern put it, “one of the most significant documents I’ll receive in my time as prime minster”?

Not really. The Climate Change Commission’s first set of five-year budgets to reach carbon zero by 2050 might be a substantial piece of work built on big models and thousands of submissions, but it should be clear to any reader just how inadequate and improbable its recommendations and assumptions are. I dare you to read all 399 pages and not end up grinding your teeth with frustration.

Here are the key problems.

The report’s figures rely on several very large and powerful businesses taking particular actions that are improbable because they would damage the interests of their shareholders, including in some cases the government itself.

For example, it assumes the Tiwai Point smelter will close at the end of 2024, freeing up 13% of New Zealand’s power generation to help suppress wholesale prices to more than 50% below existing levels. That in turn will encourage drivers and gas users to take up electric cars and heaters, the commission projects.

But that would require Tiwai Point’s power suppliers Meridian and Contact, along with the rest of the gentailer industry, to go along with a big drop in revenues and an even bigger drop in profits. That’s why there is such scrambling to accommodate Rio Tinto whenever it threatens to pull out. Don’t forget also that the government itself is a 51% shareholder in Meridian Energy, Genesis Energy and Mercury Energy. Any structural lowering of prices will cost the Crown billions in dividends over time and cause an immediate one-off cratering of equity in those shareholders that would be have to be accounted for as a loss in a future budget.

And of course NZ Aluminium Smelters would have to agree to close, just as aluminium prices have risen to very profitable levels. Profits are now estimated to be five times higher than when Rio Tinto originally said it might close in 2024. So good luck betting your climate future on decisions by Rio Tinto’s board to give up on massive profits, particularly when it can rightly argue that its aluminium is the greenest in the world and essential to build the light vehicles and planes needed to reduce emissions. Not. Going. To. Happen.

The commission also assumes Methanex will choose to shut its gas-into-methanol-for-export plants in Taranaki to free up 40% of New Zealand’s gas supplies, allowing Huntly to close its coal power generators and various coal boilers to switch to cleaner gas. It initially assumed 2029 for a closure and pushed that out to 2040 in its final carbon budgets. But again: Not. Going. To. Happen. Methanex has built and paid for that kit. Every petajoule of gas that goes through it is pure cash to the bottom line, particularly when gas may well be in high demand globally as power producers and consumers take the simplest low-carbon route and switch from coal and heavy oil to gas to power their boilers and ships.

Mike Hosking won’t stand for it

The other big assumption is that New Zealand will be able to reduce its net CO2 emissions from transport, housing and factories by 78% over the next 25 years when our transport emissions have doubled over the last 25 years. It assumes consumers and businesses will choose very quickly to buy new and used hybrid and full electric vehicles, that some domestic flights will be electric-powered within a decade, and that ships and trucks will start moving to biofuels, hydrogen and electric power.

It has based those assumptions on poorer New Zealanders somehow working out that the lifetime cost of an electric vehicle is cheaper than the cost of an Izuzu Bighorn now. That’s all fine in the mind of a rational-theory economist, but try telling that to a big family in Māngere wanting a powerful van for $5,000 right now, and not wanting to worry about the thing running out of power on the way to a tangi in Gisborne.

The commission also airily assumes the government will manage a quick shift from travelling in petrol and diesel vehicles to public transport for one in seven trips its staff make.

“The impact on lower-income households can be managed through policy,” the commission states regularly throughout.

“Government will need to assist those on lower incomes with the upfront cost for energy efficiency improvements,” it says in a later section on ensuring homes are more energy efficient with better insulation and double-glazed windows.

“Continued intervention will be needed to ensure that lower-income households can access these benefits. The government will need to assess whether the existing programmes are delivering at an appropriate pace and scale, and consider whether these programmes have broader impacts on rental prices and affordability,” it says.

But what does that mean? It means the government is expected to subsidise the cost of electric vehicles and warm homes for poor people by increasing taxes on rich people (like Mike Hosking), and by blocking off the motorway lanes he drives his sports car on so those poor people can take a (subsidised) electric bus.

“The impact on households of increasing fossil gas bills can be managed through the pace of the transition away from fossil gas and through policy,” the commission stated baldly, adding it expects higher carbon credit costs to add 30c a litre to fuel costs.

Sure. I wonder how Mike feels about that. A more believable and effective policy prescription would be a public fund to buy out Hosking’s Newstalk ZB contract in perpetuity to allow these sorts of policies a clean run to an election.

“The average household may expect to see transport costs increase, including increases in the cost of petrol and vehicle maintenance,” the commission says.” However, there are ways to offset this increase. Households could purchase more fuel-efficient cars or walk, cycle, use public transport, or work from home more.”

Really? And who’s going to pay for those trains and buses and busways? Not Mike. And not the government.

“The government will need to provide proactive, targeted support to ensure that New Zealanders have access to transport. This will need to help lower-income households reap the benefits of EVs and bring down costs,” the commission says.

Have a chat with Mike first.

So what should businesses do?

The bottom line for the political path to climate change action is that it’s impossible while politicians, naturally, want to be re-elected by double-cab-ute-driving-standalone-home-owning median voters, and while public servants remain genetically resistant to giving frank advice that might surprise a minister.

Businesses though will have to look over the political and bureaucratic horizons to their investors, regulators, bankers, insurers, workers and consumers. They will demand real action, or else there won’t be an insurance policy or bank loan that gives their business value.

Best to get on with that work now.