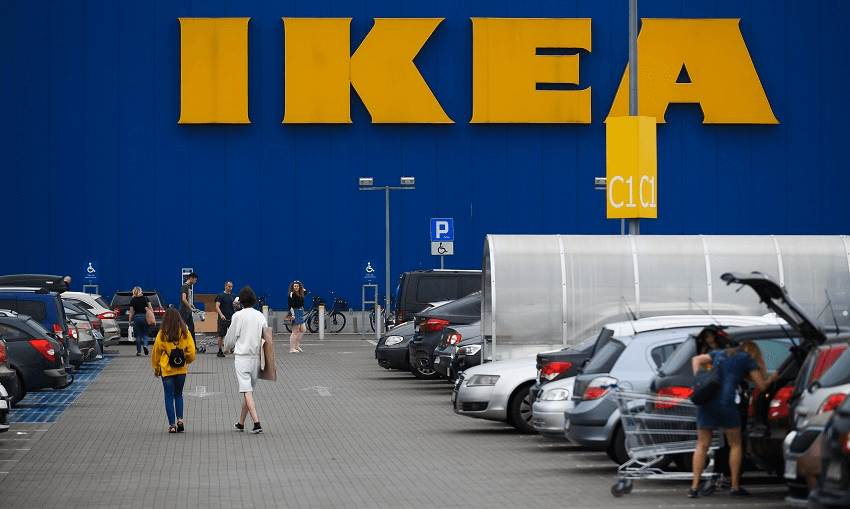 IKEA is coming! Or is it?

After seeing so many reports over the years of the Swedish flatpack furniture giant coming to New Zealand, business editor Maria Slade is having a crisis of faith.

I stopped believing in Santa Claus and the Tooth Fairy some time ago.

Likewise, I do not believe IKEA is coming to New Zealand.

My editor points out that the mega retailer has issued an actual press release saying it is headed our way, and it’s true the release is quite convincing and Swedish: “We are happy to meet the wish from many people for IKEA to open in New Zealand,” Inter IKEA Systems B.V. writes.

But we’ve had our hopes of flatpack furniture nirvana raised so many times before, only to have them cruelly dashed.

I am impressed by the optimism of my media brethren. ‘Confirmed: Ikea to open in NZ’ says the Royal New Zealand Herald app today, and in fairness to them the company’s own press release is headed ‘IKEA to open in New Zealand’.

Can I just point out some other language in the release, however? “Inter IKEA Systems B.V. is today announcing its intentions to grant the Ingka Group exclusive rights to explore expansion opportunities in New Zealand.” There are a lot of qualifiers in there, people. This is not the definitive ‘we are hanging out our shingle in Aotearoa’ statement we might have hoped for.

I am not convinced by this latest announcement for the simple reason that there has been talk of IKEA coming to New Zealand for my entire career as a business journalist.

The only things that will resurface after the apocalypse are cockroaches and stories about Ikea coming to New Zealand. https://t.co/FZB5V1RViA

In 2008 the Environment Court threw out the retailer’s bid for a Mt Wellington store because of concerns its popularity would cause traffic chaos.

In 2009 Hamilton put up its hand as a Kiwi outpost, but that went nowhere.

In January there were reports the company had conducted research into the New Zealand market. But as recently as October IKEA said it was looking at expanding into a dozen new markets and New Zealand was not one of them.

At the time Bodo Lang, head of the University of Auckland Business School marketing department, said it was unlikely New Zealand would get an IKEA soon. IKEA stores are usually located in an area of at least a million people within an hour’s drive, so we could get one in Auckland – but only one.

“The rest of the country simply is not densely enough populated and IKEA typically does not enter countries where they can only open one store. The investment is simply not worth it,” Bodo said sagely.

Of course it could be that IKEA has been toying with our emotions this year and its intentions have been honourable all along. It’s set up a Facebook page, after all.

Bodo Lang points out that IKEA could modify its business model to serve untapped markets such as New Zealand in a different way. But then if the Swedish retailer doesn’t make good on the mega store we’ve all been waiting for like the Second Coming, we may be sorely disappointed.

The fact remains that the homewares giant would need a huge amount of land with good motorway access. The logical location is Auckland, which now has a Unitary Plan that does not necessarily favour big sprawling box developments with loads of car parks.

I’m willing to have my faith restored, IKEA, but your actions are going to have to speak louder than your words.