Labour might have done more with its pristine balance sheet, argues Bernard Hickey.

It’s great the government has righted one of the wrongs of the “Mother of all Budgets”, but there were many, and the work has only started. It should have done much, much more with its pristine balance sheet and a torrent of literally free money sloshing around the world desperate to be invested in government bonds.

The government remains stymied by the bond-vigilante-driven thinking from the early 1990s about keeping debt low, and is missing a giant opportunity to invest heavily in physical and social infrastructure to repair the underinvestment damage of the last 30 years.

Now it should adopt the rest of the WEAG recommendations to increase Working For Families tax credits and widen it out to non-working families. Then there’s the still-massive investment needed in housing, education, health etc.

The tragedy is the government is running a contractionary fiscal policy for three of the next four years and reducing infrastructure spending from 2022, even though real interest rates will be negative  and our debt is minuscule relative to other AAA-rated countries. It will mean low interest rates for longer, high house prices for longer, and yet more delay and lost opportunity cost of repairing our infrastructure deficits.

The Labour government has unveiled an increase in main benefits of $32-$55 a week in budget 2021 at a cost of around $700m a year, but has “banked” via debt reduction about half the $20b of the projected improvement in tax receipts seen since the election because of stronger-than-expected economic growth.

Grant Robertson says the benefit hikes right the wrongs of Ruth Richardson’s benefit cuts of the “Mother of All Budgets” in 1991, and deliver on one of the main the recommendations of its own Welfare Experts Advisory Group to reduce child poverty by simply increasing incomes for the poor.

However, the government has not gone as far as many child poverty campaigners asked for, or the WEAG recommended, particularly around increasing incomes for those receiving Working For Families and removing some of the punitive sanctions for beneficiaries.

The government chose to increase its allowance for new operational spending from its December and February view by around $1.2b in 2021/22 to $3.8b, but only nudged it up by around $75m to $2.7b for the following three years. The plan for new capital spending was increased by around $4b to $12b for the next four years. The benefit hikes will reduce child poverty a bit 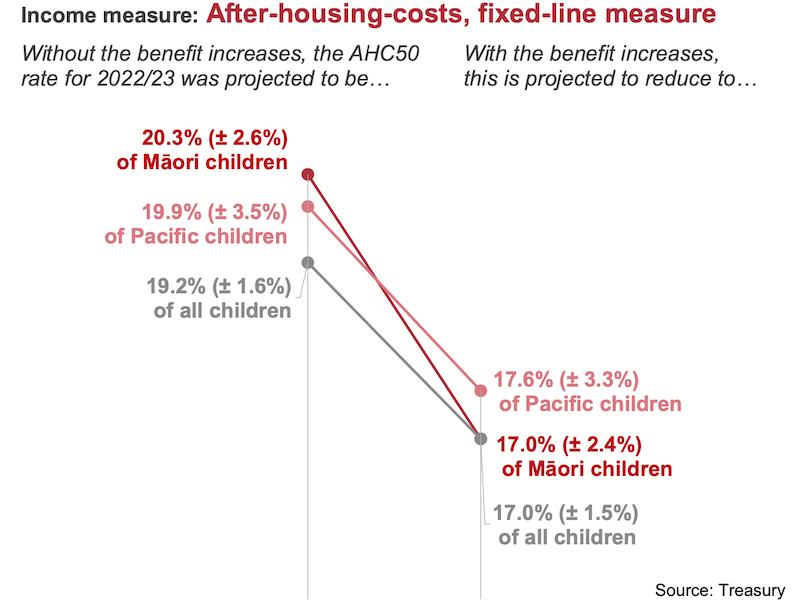 But there’s a lot more child poverty reduction to go NZ’s economy has outperformed since the 2017 election 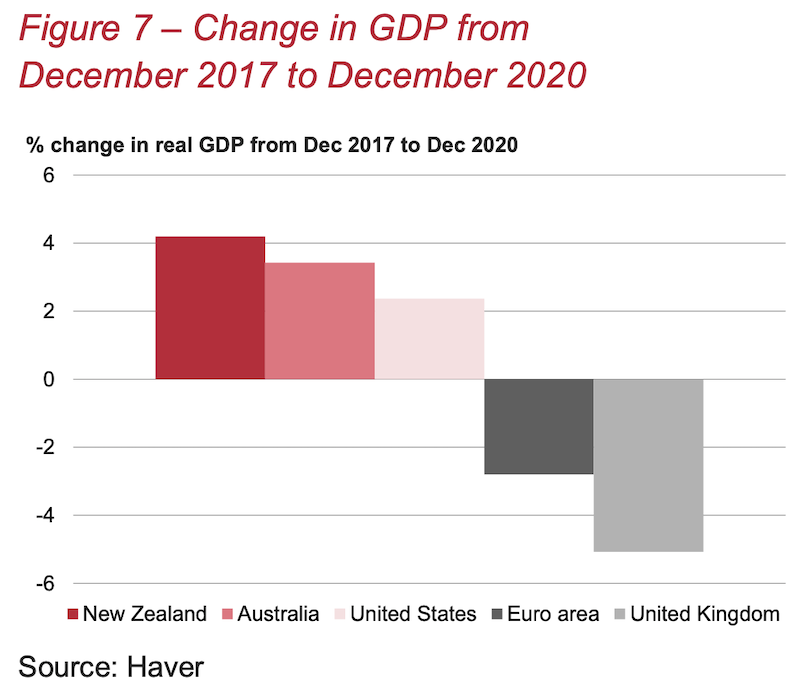 Households and firms saved $22bn more than they borrowed in 2020 NZ Inc is awful at investing and researching Our public debt is way, way less than other borrowers 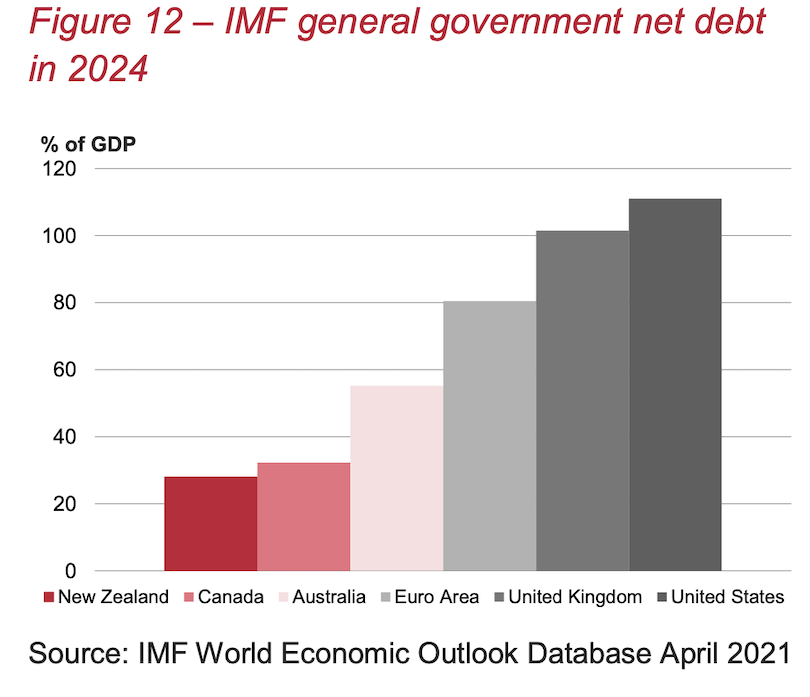