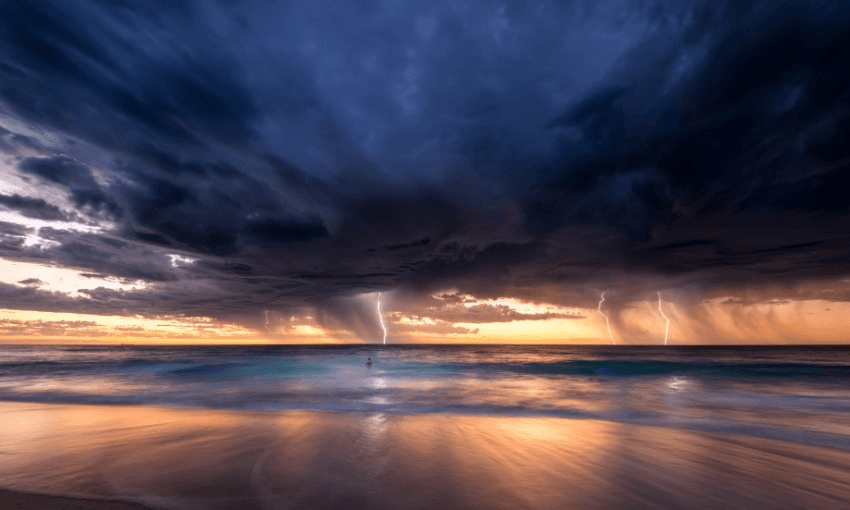 The calm before the storm: Preparing for the looming wave of financial hardship

The end of the wage subsidy is expected to trigger an avalanche of financial hardship requests. Budgeting services and financial mentors are bracing to meet it head on.

It’s been a surprisingly quiet few months for most of New Zealand’s budgeting services. Spending was down during lockdown and with more than a million people tended to by the wage subsidy, there hasn’t been too much need for financial mentorship or help with debt.

For those working in the industry, however, the quiet spell hasn’t been some kind of relaxing holiday. Rather it’s been an ominous sign of things to come; like a tide on the beach receding before a tsunami. For the past weeks and months, budgeting offices and microfinancers have been using the time to seek funding, hire new staff and prepare for the inevitable wave of financial hardship that’s expected to break later this year.

“It’s pretty dire, we’re only just starting to see the real fallout now,” says Natalie Vincent, general manager of Ngā Tāngata, a service that provides ethical interest-free loans as alternatives to high cost lenders. “We’re really starting to see a surge in applications – in the past two weeks they’ve doubled from what they were at the beginning of the year.”

As a microfinancer, Ngā Tāngata uses capital provided by Kiwibank to loan money to those who are financially struggling after they’ve been referred through a budget service or financial mentor. In light of Covid-19, however, it’s made the process a whole lot easier.

“Ordinarily we would expect that you’d already seen a mentor for one or two months to really show your intent to improve your financial situation,” Vincent says. “But we’ve relaxed that and just told anybody who’s in a crisis to go to a financial mentor and ask if a loan is right for them.”

Ngā Tāngata and budgeting services are used to dealing with clients who’ve hit a financial wall; every year they work with a steady stream of people looking to rebuild their lives or extract themselves from high-interest debt. Because of the lingering impact of Covid-19, however, the crop of applicants starting to appear is different from what they’re used to. Most are people who’ve never had money problems before and, until recently, have always been in stable employment. Vincent says for the first time in their lives, many are teetering along the rim of unviable debt; one missed payment or bill away from falling in.

“We’re starting to see more enquiries from people that have just been on the margins and they’re one crisis away from slipping into hardship,” she says. “In those situations, they’ve had a high-interest debt or credit card debt that was manageable when they were working, but now that the job is gone, it’s not manageable anymore.”

As more people find themselves grappling with money issues, one of the biggest challenges facing budgeting services is the stigma around asking for help. According to Tim Barnett, CEO of financial capability trust FinCap, the difficulty for people to acknowledge their predicament means they often wait to seek help long after they first start struggling.

“There are triggers for people turning up in financial hardship and it’s generally when they’re about to hit the wall; when the power’s about to be turned off and the loan company is going to get the debt collection agency in,” he says.

As of June, 190,000 people were receiving Work and Income’s job seeker support – 54,000 more than the same month last year. With the end of the wage subsidy extension in August bound to precipitate more job losses, Barnett expects a huge uptake in bank loans or payday loans to follow. Typically, he says budgeting services will see a surge in financial hardship applicants after a latency period when many people have descended further into debt and are unable to pay back their loans.

“We saw with the Australian bush fires and the Christchurch earthquakes that there was this gap. It’s day by day, you have to get food to live and so on but eventually, the problems build-up and you’ll probably get a loan out. Basically, this is the time for people to try and think through their situations.”

That’s when financial mentorship comes in. While it’s most effective earlier, before people become engulfed in a mire of high-interest debt, free mentorship services like MoneyTalks are incredibly useful for anyone who needs help to discuss their situation and figure out a plan.

The mentors are well trained to help people organise their debt and devise a budget, and if the situation calls for it, they’ll recommend interest-free loans like those provided through Ngā Tāngata. This is a chance to step in and help people get rid of debt.

“Our loans are about improving people’s long term financial capability and their long term outcomes,” says Vincent. “We’ve got some amazing success stories of people who’ve had a Ngā Tāngata loan and have repaid it in a couple of years, and it’s completely transformed their lives and their whole attitude to finance.”

To help budgeting services meet the coming challenge, the government has doubled the sector’s funding by committing $25m through the Covid-19 response package. Amendments to the Credit Contracts Legislation Amendment Act have also blocked the capacity of predatory lenders to provide crippling high-interest loans, leading several payday lenders to withdraw from the market.

While scattering loan sharks is essential to protect people from debt, Vincent says the most effective type of financial management is preventative education – teaching people the techniques to manage their finances and avoid payday lenders in the first place.

That’s why one service has decided that the best people to teach are still in school.

Financial education provider Banqer has gone to the source of financial illiteracy and stigma and is stemming it with the fundamentals of money management. Championed by Kiwibank, Banqer offers software-based school courses that introduce financial behaviour and skills alongside core education.

“When we think about financial education for kids, we’re talking about prevention, so hopefully they’re equipped with the skillset and knowledge, but also the behaviour they need to understand or navigate a situation that, potentially, their parents are finding themselves in,” she says.

Because of the unexpectedness of Covid-19 and the sudden upheaval it’s wrought on so many lives, the need for financial literacy has been thrust into relief. Flutey says that as a result, more parents and schools are viewing the course as a necessity rather than a luxury.

“There’s been more interest from parents and it has provided a really compelling starting conversation with education providers,” she says.

“When we’re in the midst of a downturn, personal finance is on everyone’s mind. Whether you’re struggling or whether it’s your neighbour or your family, it is a far more relevant conversation to be having.”

The idea that Covid-19 had made financial literacy more relevant was shared by Banqer COO Simon Brown, who wrote that for kids – and adults – it’s all about asking questions, accumulating information and discovering what they don’t know.

“Through engaging in our personal finances with our eyes open, by doing our own research and questioning, and not just blindly following the advice of a TV commercial, we can ensure that we don’t make an already challenging financial situation more challenging. We can control what we can, and at the least, know what we don’t know.”