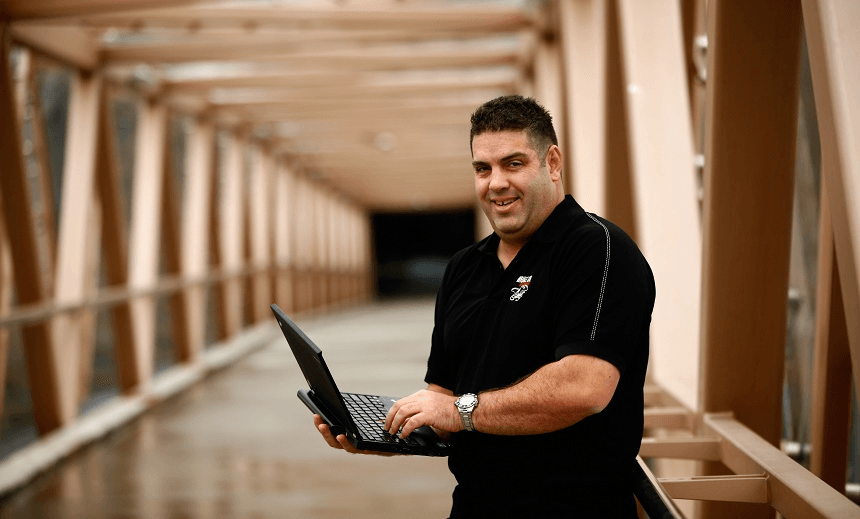 By Jessica Williams
Guest writer
Made possible by

This afternoon, Cameron Slater’s name suppression was lifted in a case regarding his conspiring to hack The Standard website. To mark the occasion, here are some of the fearless Whaleoil blogger’s previous posts about name suppression.

It’s like 10,000 Whales when all you need is a knife. However Alanis would have styled it, today is a day for irony.

For today is the day when we can finally report that Cameron Slater, arch defender of open justice, has failed in his attempt to get permanent name suppression, after accepting diversion for charges that he tried to get a small-time hacker to pry open a left-wing website.

The saga of The Whale, The Cops, The Hacker and His Superego was a bizarre post-script to 2014’s Dirty Politics saga. As the hunt for Nicky Hager’s hacker friend continued, Slater was charged with asking Ben Rachinger to hack into The Standard blog to find out the real identities of the pseudonymous keyboard warriors posting there. Rachinger was charged with accepting money from Slater by deception – ostensibly by agreeing to the hack, but then not carrying it out.

All this might have languished fairly quietly in the comments section of a blog somewhere had not Rachinger decided to go for the glory option. He publicly claimed to be a whistleblower, convinced a TV programme to do a story about him and claimed to have been a police informant. Both dispute the other’s version of events. Both were offered diversion. Slater took it. Rachinger didn’t, and his case continues. Interim name suppression was granted. And then Slater decided he wanted it to be made permanent. The media weren’t having that.

Slater argued he and his family would face extreme hardship if the suppression were to be lifted. He said Rachinger was orchestrating a campaign to discredit him. Claims were made about the impact on his income, abuse he and his family would suffer, and – as he put it – the issues that arise when the media “come for you”. But Judge McIlraith held it did not reach the required standard of extreme hardship, and politely declined.

Now, I’m a generous person. Leaving aside the issue of whether Rachinger is capable of orchestrating anything much – or even managing to get a scientific calculator to spell out “boobies” if you turn it upside down – perhaps Cam Slater has a point. Maybe people are out to get him. Maybe there is a campaign to destroy his livelihood. It must be awful some days, knowing people wish you ill. It’s hard not to feel a tiny scintilla of sympathy.

But then, there are Slater’s own thoughts on suppression. And his utter lack of sympathy for others who’ve fought the same fight. His clever-clogs attempts to flout the law, and his subsequent convictions.

Sure, some of the people he’s complained about were accused and convicted of some utterly repellent crimes. And, yes, you can argue all the live-long day about the rights and wrongs of our suppression laws – but, right now, they are as they are.

Here are five of Slater’s very best critiques of suppression:

“Everyone has family. If that was a reason to provide name suppression, then everyone should get it.”

“Continued name suppression based on what is essentially a minor embarrassment is only going to make media and the public want to have their pound of flesh. This isn’t what suppression is for.”

“At least let the oldest punishment of all – public shame – try to do the job where nobody else has succeeded thus far.”

“Embarrassment is part of the justice process so it can act as a deterrent.”

“Justice must be seen to be done. This has a public component to it. And society will enter its own judgement against the defendant along with the legal one arrived at by the court.”

Let’s leave the final word to the great open justice campaigner himself:

It is an essential part of a free and open society that we shall know those who have done wrong, what they’ve done, and why.

The world does not come to an end. The shame stings mind you. And it follows you for the rest of your life, as it should. Ask those two ferals that beat the crap out of Jesse Ryder for instance. But I can assure you their families still love them, they still have jobs, and their communities haven’t cast them out as outsiders.