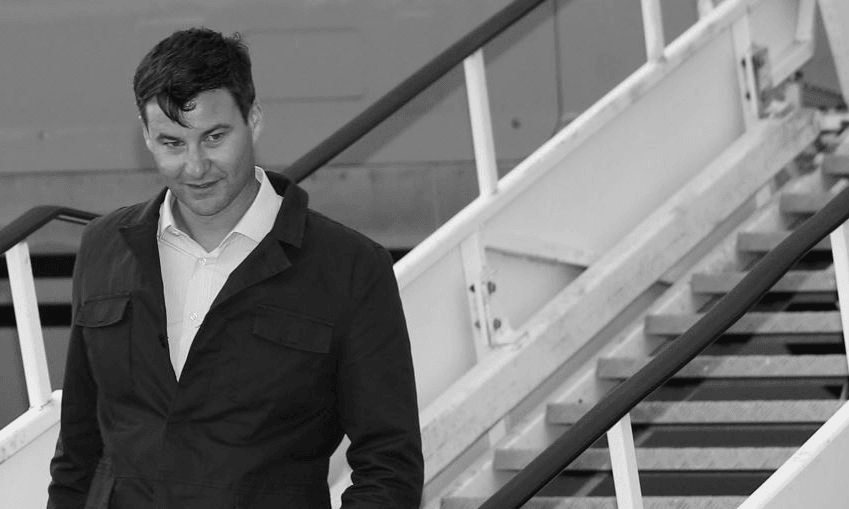 Claims in Deborah Hill Cone column cast doubt on the prime minister and her squeeze, who stands accused of being cringey and having a name ending with the letter ‘e’. Danyl Mclauchlan digs deeper.

Early this morning the New Zealand Herald published a hard-hitting piece on Clarke Gayford, a fishing show reality TV star and the partner of Prime Minister Jacinda Ardern. The story, which led the newspaper’s website and was announced with a “Breaking News” banner, was written by veteran business journalist and columnist Deborah Hill Cone. It contained a number of serious allegations that raise grave doubts about Gayford’s reputation as a likable guy who likes fishing. Instead, the story alleged, the “first bloke” is “vexing, “problematic” and “cringey”. Hill Cone further alleges that Gayford’s first name ends with the letter “e”. If the revelations in Hill Cone’s piece are true, Gayford is far from the amicable figure he seems. It raises important questions about how much Gayford actually loves fishing, and whether he is secretly kind of like Betty Draper. You know, from Mad Men.

But an extensive investigation into Hill Cone’s story conducted by the Spinoff over dozens of seconds in the early hours of this morning casts uncertainty on the story’s findings. This in-depth reporting, which involved repeatedly looking at pictures of Gayford looking dreamy and happy suggests that, far from being problematic, Gayford looks like he might be an OK guy. Furthermore, rather than engaging in “the political equivalent of manspreading” – as Hill Cone’s piece explosively claims – these inquiries reveal that Gayford looks kind of like an old friend of mine, which makes me kind of like him and feel instinctively that the Herald should leave him alone. How can Hill Cone maintain her charges against Gayford in the face of these findings?

Senior Labour Party figures refused to go on the record to discuss Hill Cone’s piece: an indication, perhaps of the gravity of the charges against Gayford and the depth to which they have rocked the party to its core, although that wasn’t quite how they put it. One agreed to reveal on deep background that he had once met Gayford, briefly, and that he seemed friendly enough. It is difficult to see how this can be aligned with Hill Cone’s finding that Gayford bugs her. Someone is lying.

Perhaps the most devastating claim in Hill Cone’s piece is that the picture of Gayford posing with his fellow CHOGM spouses was cringey. On the surface – like many of Hill-Cone’s claims – this appears to stack up. But I printed out a copy of the photograph and showed it to two of my workmates. Their responses, “What is this?” “Is it cringey? I don’t know. Why are you even showing me this?” reveal the carefully hidden gaps in Hill-Cone’s version of the truth.

This is not to deny that the Herald’s investigation raises some valid issues which Ardern and her government must urgently move to address. Why were we not told that Gayford came second in the 2001 season of Treasure Island? Are the awfully convenient claims Gayford makes about his earliest memories being pushed onto a surfboard by his dad real, or does he have different early memories which might discredit him, or even cast doubts on Ardern? And, most pressingly: is Clarke Gayford enjoying the political circus too much, and how much is too much, and how will Labour monitor and regulate Clarke’s lovable goofy smiles going forwards?

What is the real truth about Clarke Gayford? Is he a “hipster salty sea dog?” A guy who looks kind of like my old mate Matt? Or something much darker? New Zealand taxpayers deserve to know the real nature of the man who is poised to spend months knee-deep in vomit and baby-shit while his girlfriend runs the country, but sadly the Herald’s reporting on this issue only raises more questions than it answers.