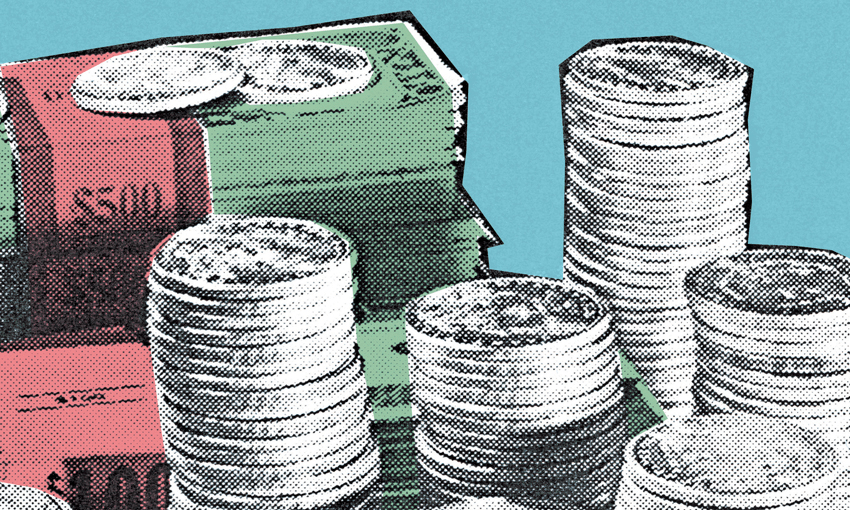 Tax can be confusing – it seems to have its own special language, and politicians have a habit of saying things quickly and authoritatively about it that might not make much sense. So let’s clear that up – and see how New Zealand stacks up.

The biggest tax promise from a major party so far in this election is courtesy of Labour.

New Zealand, and most of humanity, has something called a progressive income tax. The word progressive in this context has nothing to do with left-wing political types who call themselves “progressives”. It just means that as you make more money, you progressively pay an increasing tax rate.

Taxes are set as brackets, sometimes called bands, where a certain amount of income has a set tax rate. New Zealand currently has four brackets and Labour wants to add the new higher tax as a fifth bracket. According to the party, only two out of every 100 New Zealanders make more than $180,000 annually.

As you move up the brackets, your tax rate increases. That’s the part where people get confused. A bracket doesn’t apply to all your income, it applies only to the money you earn in that range.

Her effective tax rate – that’s the average amount of taxes the government takes off every dollar she earns – would increase from 28.46% to 29.06% under Labour’s plan.

What do the other parties want to do?

National hasn’t announced its tax plan yet but the party’s finance spokesperson, Paul Goldsmith, has been very clear in recent weeks that he’ll only endorse a plan with taxes as low as they are today or lower.

Goldsmith has been very critical of Labour’s plan to create a new tax bracket that will apply to about 2% of the population. “The last thing the economy needs in the middle of a recession is higher taxes,” he said after Labour’s plan was unveiled.

Speaking on RNZ last week, Goldsmith said he was in favour of progressive taxes, but he offered a different definition of what progressive means. According to the National spokesperson, a system where the rich pay more taxes than the poor is progressive.

According to Julie Cassidy, a professor of law and taxation at the University of Auckland, that’s not quite right. What makes a tax progressive isn’t that a rich person pays more than a poor person overall, it’s that a rich person pays a larger percentage of their income in tax. Rich people, because they have more money, nearly always pay more taxes than the poor.

New Zealand has one of the world’s most unforgiving GSTs. While many countries exempt basic foods like milk, bread and vegetables from the tax, New Zealand doesn’t. That means someone who earns $14,000 and picks up a loaf of bread pays as much tax on it as someone who earns $100,000. To the rich earner, that tax is peanuts. To the struggling single parent, those extra pennies of GST are rough.

In the late 1980s the Labour Party was considering moving to a flat income tax, where everyone paid the same rate of tax. That would fit Goldsmith’s definition, but it wouldn’t be progressive. By global standards that’s a pretty far-right idea. Labour’s tax-slashing drive pretty much ended there and the flat tax never happened.

Just so you’re really tax smart, let’s talk about Margaret Thatcher for one short paragraph. The former British prime minister put forward a tax idea for local rates that was so radical many Britons still hate her to this day. It was the poll tax, the idea that everyone shouldn’t just pay the same rate of tax, but should pay the same amount of tax. If you were a millionaire or a pauper, you’d write the same cheque to your council. It existed for a few years, it was extremely unpopular.

And the smaller parties?

Act has put forward a plan to eliminate New Zealand’s middle tax bracket, so that all income from $14,000 to $70,000 would be taxed at 17.5%. There’s currently a 30% bracket for incomes earned between $48,000 and $70,000. The plan would reduce government revenue by about $3 billion annually. The party has promised to make up the shortfall by cutting things like support for KiwiSaver and contributions to the NZ super fund.

According to Cassidy, from the University of Auckland, New Zealand shouldn’t be cutting tax brackets, it should be adding them. The country has too few brackets and the income levels are set far too low, she said.

Looking at the existing brackets, she said it doesn’t make sense how large they are. Most taxpayers max out in the same bracket. “People earning $49,000 are very different from the people earning $70,000,” she said.

Politicians today often say they want to “simplify the tax code” by removing brackets. Forget that, says Cassidy – the country shouldn’t be afraid to set more brackets at higher rates for people who make a lot more money and lower them for people who make less money. Maybe try doubling the number of brackets to 10, she suggested.

As a case study, you can look at the US in the 1950s. Generally considered a good decade for the economy, where the middle class was doing well, homes for the baby boom were cheap and businesses were making fat profits. The US tax code had 24 brackets. It was a very progressive tax system under conservative president Dwight Eisenhower, increasing steadily from a 20% tax for incomes under $19,000 (in today’s dollars) to a 91% tax for all income above $200,000. That’s not a typo. 91%. In the US. In the 50s.

Does anyone have a plan to tax the rich that high?

No. At an economic debate today, all the parties put forward low-tax pro-small business messages, except for the Greens. The Greens have put out a tax proposal that they call the “poverty action plan”.

Much of the attention has been focused on the party’s call for a wealth tax. Unlike a tax on your annual income, a wealth tax is levied on the value of your assets. Generally the taxes are quite low and levied on homes or other big assets every year. Green MP Chlöe Swarbrick recently revealed that the most expensive thing she owns is her couch, so she’d be safe from the tax. The Greens want to collect 1% annually on assets worth over $1 million. They say it would raise about $7.9 billion per year.

There’s one thing the Greens have proposed that has received little attention – they want the first $10,000 people earn to be tax free. This is one of those things where New Zealand is just a little odd. Most of the countries we compare ourselves to don’t charge any income tax on the very poor or the first chunk of income anyone makes.

A New Zealander who is struggling and earns only about $15,000 a year would pay 12.3% of their income to the government in tax. A Canadian earning the same amount, after receiving government refunds for GST, would end up paying no income tax at all.

“I think it’s ridiculous that a kid who does a paper round has to pay tax on that. We need to have a tax-free threshold,” said Cassidy, who has spent most of her career looking at taxes.

So what’s a capital gain?

We need one last definition. You’ve heard the word capital gain a lot. That’s the profit someone makes selling a property or an investment.

Countries treat capital gains differently. In some places it’s just regular income, in others it’s considered a business profit. There’s a special club for the few countries that don’t tax capital gains at all. New Zealand is in that club, where income earned using your hands is taxed, but income from your money isn’t.

The point of a tax system, according to Cassidy, isn’t just to raise money to operate a country’s government. It’s also about creating equality. Progressive taxes, in theory, should make the rich a little poorer and the poor a little richer. History has shown that’s a good deal for everyone. The rich keep their heads, the poor get to see their kids do better.

How does New Zealand compare?

Well, not great if you’re poor.

The GST is punishing, the lowest income tax rate is pretty high and then there’s the lack of a capital gains tax.

Cassidy says her university students look at New Zealand’s system every year and compare it to others. “They do a report card on the tax system. Because equity is so important to a tax system and New Zealand doesn’t have a comprehensive capital gains tax, it is just devastating to our tax system. Look at a rich person who makes a capital gain of $70,000 this year and a salary earner with a wage of $70,000. The wage earner pays 33 cents on the dollar for their top earnings, the rich person pays nothing. That’s wrong,” she said. “That’s just wrong”.