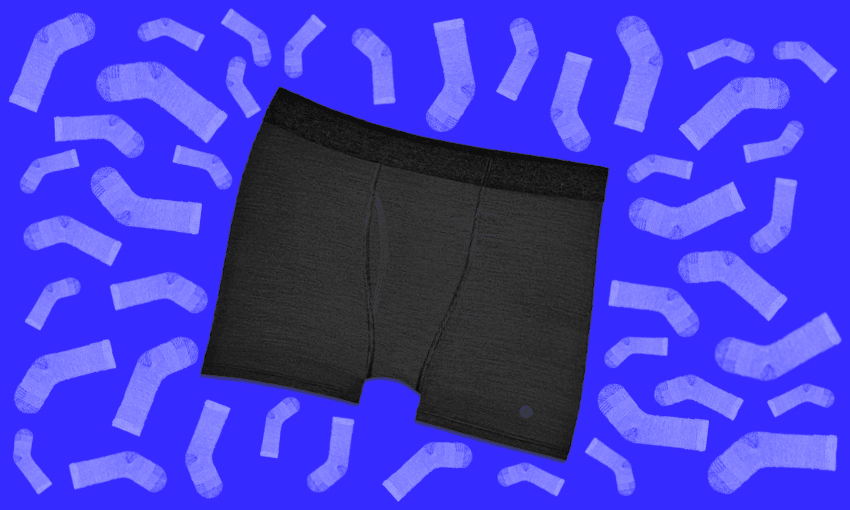 All his life, Duncan Greive has basically hated his undies and found socks annoying. And then he tried Allbirds underwear.

It is quite accurate to point out that fields as varied as medicine, transport and 90% of humans are brutally compromised by sexism. This, naturally extends to underwear, with most bras notoriously created for the unambiguous purpose of torturing those who wear them.

I am going to wade into incredibly dangerous water now though, and suggest that in the underwear arena, the range for “bottoms” might be marginally worse for men than women. In material, style and weight, underwear for women’s bums etc is more varied than that for men, while the range of socially acceptable designs is far larger.

Men are largely confined to a single material (medium weight cotton), and three broad styles (boxers, briefs and boxer briefs which, as the name suggests, are basically the first two combined). The other styles are mostly synonyms for the first three. Trunks are boxer briefs. Jockstraps and bikini briefs are briefs. G-strings and thongs exist but A) are the same thing and B) are basically still just briefs.

Admittedly these are pretty much the same styles as women’s underwear, but at least there is a relative kaleidoscope of pattern, colour, weight and texture to contend with. In any case, the bigger problem with men’s gruts is the weighty cotton elastane blend they’re made from.

Cotton is an acceptable material for most clothing types: t-shirts, trousers, shirts. The reason it is essentially fine for the torso and limbs is that it mostly isn’t in sustained contact with them, therefore doesn’t stick to the skin and contain such a bordering-on-inevitable potential for sweat.

(The exception to all this is obviously satin. However this underwear material is only available to teenage lads and is much worse even than cotton.)

Undies have no such freedom of movement. They are stuck close to your butt, balls and penis the entire day thanks to the design of most coarse, rigid trousers, and our increasingly deskbound work environments. As someone who sweats out his butt in the heat, I find cotton slow to dry when imprisoned by a second cotton layer eg jeans. It’s uncomfortable – but I also thought it was the only option.

Then my partner bought me some Allbirds undies for my birthday and changed the life of my undercarriage. The Allbirds gruts come in a boxer brief style, basically fine and innocuous and are made from a mix of wood pulp (Tencel), merino and spandex. They are incredibly light and stretchy while also holding the genitals and bottom very gently. They feel brand new the whole day, and breathe far more easily than any cotton undies I’ve ever worn. By the day’s end, you feel like you’re washing them out of habit, rather than necessity (according to a recent Stuff quiz, around a fifth of men and women aren’t daily washers anyway) and your junk feels fresh out of the shower even after a long day’s typing and clicking.

The socks are great too – unlike cotton socks, which rapidly lose their shape, wear out at the ends and are guaranteed smelly by the day’s end, the Allbirds socks often don’t smell at all, even after an 18 hour sesh on the foot. There’s a similar extreme breathability to them, thanks to construction from wood pulp and merino again, with more recycled nylon and polyester.

There is a catch: both are quite pricey, somewhere between two and three times the cost of entry level socks and undies. But if you’re getting on in life, as I am, and your whole body essentially sucks, it’s quite a revelation to have something so fundamental as underwear change this much with one product substitution.

Verdict: after all this time, a revolution downstairs.