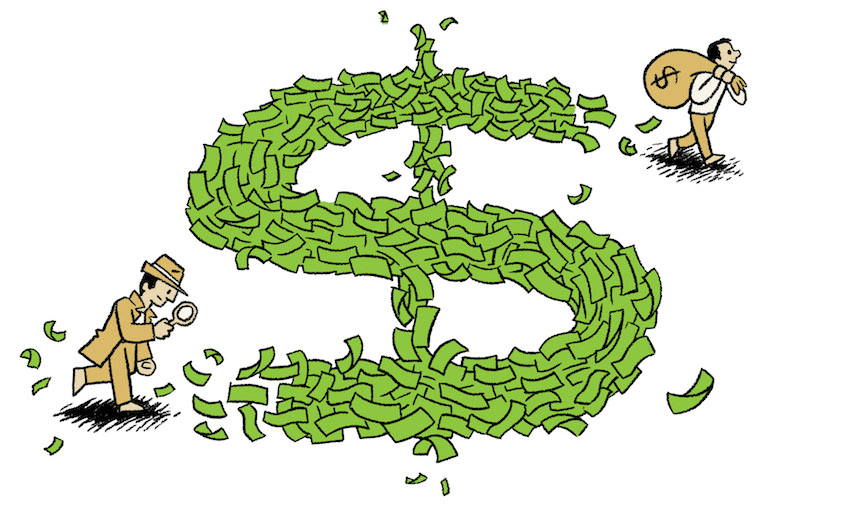 Where is that debt taking you? (Image: Toby Morris)

Debt to the future: The cost of recovery

Where is that debt taking you? (Image: Toby Morris)

Jonathan Cotton looks at where the government is getting all the money to pay for the Covid-19 recovery, and where that debt is taking us.

New Zealand is borrowing huge amounts of money to get us through the Covid-19 crisis. But borrowing what? From whom? And how will we pay it back?

Perhaps even more importantly, how are these uncertain economic times affecting real New Zealanders’ quality of life? And what can New Zealanders do to support their future as we weather the Covid-19 storm?

From a global economic point of view, things are grim. So far, governments around the world have committed more than $9 trillion in Covid-19-related economic support. It’s a massive number and global debt levels are now at their highest since World War II.

Thanks to geographic isolation, the “going hard and going early” strategy and a fair bit of luck, New Zealand has done well in stopping the spread of the Covid-19 pandemic within its borders. But that success – and the economic survival of many businesses – hasn’t come cheaply.  The government has so far earmarked $62.1 billion to support New Zealand’s Covid-19 response and recovery project – that number includes the $12.1b package announced in March and $50b via the Covid-19 Response and Recovery Fund revealed last month.

Now the government sure doesn’t have $62b lying around, but borrowing in times of crisis is common. It’s how New Zealand coped with the fallout from the Global Financial Crisis in 2008, and it’s how we managed the aftermath of the Canterbury earthquakes.

Because of the careful management of that debt, New Zealand was in a good economic position – relatively speaking – going into the Covid-19 crisis, meaning that the country has been able to borrow at a rate far lower than that of many other countries. This allowed the government to “absorb the fiscal impact from Covid-19 by increasing debt and running down net worth,” according to the Treasury.

And how you feel about that debt largely depends on who you are.

James, a 23-year-old Christchurch-based entrepreneur running a luxury furniture e-commerce start-up says that, given the current pandemic crisis, some degree of debt is a necessary evil.

“It’s good that businesses that were thriving before Covid-19 can get the support they need to get their cash flow stable as it was before Covid lockdown,” says James.

“Yes, I’m worried about all this borrowing as my generation will be paying the majority back in future years, but these subsidies are needed to support the economy in this current economic climate.

“We just need to find a balance so companies that are expanding and growing can access Covid-19 support funds – so our generation pays less debt in the future. Yes, I certainly have anxiety about uncertainty in the global economic climate, however New Zealand has done a marvelous job in bouncing back so far”.

So who does the government actually borrow from?

“In order to fund the unprecedented amount of spending to head off the effects of the Covid-19 outbreak, the government has to issue bonds,” says Christina Leung, financial analyst and principal economist at NZ Institute of Economic Research.

“Now if it was to flood the financial markets with the amount of bonds required to fund all this spending, the glut of government bonds in the markets would likely drive a sharp increase in interest rates (more bond supply means lower bond prices, which means higher bond yields).”

To prevent this sharp increase in interest rates, the Reserve Bank purchases government bonds as part of its Large Scale Asset Purchase Programme – effectively taking the risk of this government borrowing onto its own balance sheet. So in this case the lender is the Reserve Bank. The idea is to borrow money, invest it wisely and let the debt be eroded with economic growth, says Leung.

“Debt in itself isn’t a bad thing – if the return on the investment is greater than the cost of borrowing then it makes sense for the government to borrow, as long as it’s high-quality spending.”

“If the spending results in strong sustainable growth then the government could repay its debt through the taxes it receives through this economic growth, and debt as a percentage of GDP declines.”

So, do we just pump taxes up after the Covid menace goes away? Not necessarily, says Leung.

“Strong sustainable growth which leads to surpluses would be a way for the government to repay its debt. It really depends what path the government chooses in the decades to come. It may be a combination of higher taxes and higher inflation to inflate the debt away, so that the real value of the debt to pay back in the future is lower.

“It all comes down to the quality of the spending the government is doing when it is borrowing such large amounts. Borrowing makes sense if it leads to sustainable growth in the decades to come, not so much if it just frittering it away on pet projects.”

Whichever way we ultimately choose to address the debt, it seems that right now, uncertainty is the only sure thing.

“I’m not personally worried because I don’t personally have debt,” says David, a 68-year-old Marlborough retiree and investor. “But I’m worried for people who are going to have to pay the debt back in the future.”

“I think a lot of older people feel the same way – it’s not really going to affect us, but the debt will need to be paid back at some stage, and right now, we just don’t know what that will mean for New Zealand going forward”

So what does all this mean for average New Zealanders?

It’s hard to predict the economic future and, at this point in time, it’s hard to say just what the economic toll of all this borrowing will take on the average New Zealander. One thing’s for certain though: there’s an increasing body of work that shows the detrimental effects of financial stress on wellbeing.

According to Kiwi Wealth’s most recent State of the Investor Nation report, there’s a clear connection between economic struggle and quality of life.

The study found that people who were financially struggling were seven times more likely to be unhappy, twice as likely to be stressed and six times more likely to have poor overall levels of wellbeing. Additionally, almost a third of Kiwis were currently just managing to make ends meet – or were outright struggling. This was particularly the case among 35-44-year-olds, renters, non-investors, lower-income earners, and Māori and Pasifika.

Furthermore, around two in five New Zealanders predicted they’d only be able to make ends meet – or would struggle to get by – in retirement.

“There’s still a growing wealth gap in New Zealand and a whole section of the country that feels – rightly so – locked out of wealth,” says Melissa Vasta, GM of retail and product at Kiwi Wealth. “And there is a growing group of people who rely on their income to get by but just don’t have the disposable income left over to invest.”

So as we, collectively, take on this unprecedented level of debt, how do we, as individuals, protect ourselves against such an uncertain economic future?

“I think taking stock of where you are and then taking small steps to change is key,” says Vasta.

“Mainly just don’t ignore it. It’s so easy to think it’s too hard but, as cheesy as it sounds, it really is the small repeatable steps that count. Getting out of debt, saving a buffer for emergencies and then looking at investing can be daunting, and more so as we tend to think others are so far ahead, which is most often not the case!”

Simply put, regardless of current financial circumstances, a plan, however modest, is always better than no plan, says Vasta. Start by setting an achievable goal. Then raise your ambition once you hit that first target.

“We’re in a time when it’s really normal to feel uncertainty,” she says. “Just try not to make reactive decisions based on stress – maintaining objectivity in times of uncertainty is key.”

And don’t be afraid to ask for help.

“This is one reason that talking to an adviser is a great help. And if you don’t feel comfortable doing that, then using a digital advice tool can help give you some confidence and assist with making decisions.”