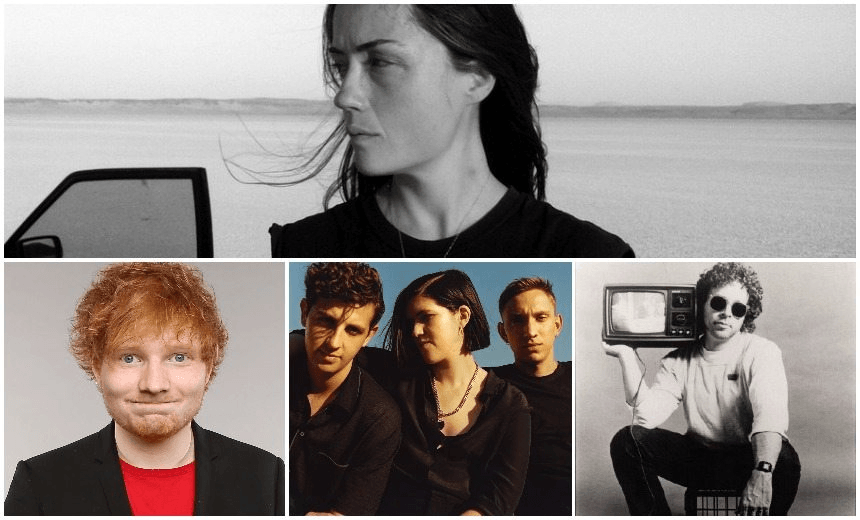 Song of the Week

In case you missed it: Paradise Valley, a new Grouper 7″ released just before Christmas, is everything you might hope it would be. ‘Headache’ is the longer of the two tracks, and stands easily alongside the best Dragging a Dead Deer… era material with Liz Harris’ distinctive minor-key strum and her vocals calling from the bottom of a well. A beautiful late gift and a reminder that nobody does this sort of thing better. – Calum Henderson

Steinski (Steve Stein) is best known for his influential sample-heavy mixes with Double Dee since the early 1980s of Tommy Boy hip hop. His cut-and-paste aesthetic has always combined a wry sense of humour with funkiness. He’s also explored the dark side with tracks such as ‘The Motorcade Sped On’ (1987), splicing together news reports about the JFK assassination to a funk break. This Trump track is apocalyptic post-dubstep with meticulous layering, repetition and selective pitch-shifting of the Prez-Elect’s many gobshite moments. An essential aide-memoire for political amnesia, and a remedy for snake oil. – Nabeel Zuberi

Ed Sheeran – ‘Shape of You’

The English rascal is growing up! But, really, the English rascal thing always seemed like a cover. Like, he’s meant to be this cute, sensitive guy with fluffy hair, but I can’t imagine that he’s anything but what might most charitably be called a heartbreaker and what most uncharitably be called a total douchebag. I have no evidence for this – I’ve never read about him on gossip websites (or Reddit) – but he just has that … vibe. On ‘Shape of You’, he seems to have dropped that sentimental-British-dude-with-a-guitar thing from ‘Thinking Out Loud’ for the dude-who-wants-to-get-in-on-that-’tropical’-flavour-of-Bieber’s-last-album thing. Except this dude has an acoustic guitar and a loop pedal. And boy is it banal. Catchy and ‘fun’, but banal. “I’m in love with the shape of you / We push and pull like a magnet do / Although my heart is falling too / I’m in love with your body.” Eek! – Henry Oliver

The xx – ‘Say Something Loving’

Following November’s ‘On Hold’, the first single from The xx’s forthcoming third album, the British trio continue their maturation, again combining the chiming, downstroke guitars of their early work with the dubbier, more sample-based style of Jamie xx, but in a deeper, slower way than the upbeat ‘On Hold’. And with a vocal sample again too. Things are looking good for the release of I See You on Friday. – HO

Combining everything you’d expect out of a 2016 pop song (it’s too early to say 2017 – who knows what tropes are coming our way). Kind of post-Diplo, post-Lorde and post-EDM. Still, it’s the best pop song in a week of not very good pop songs. – HO