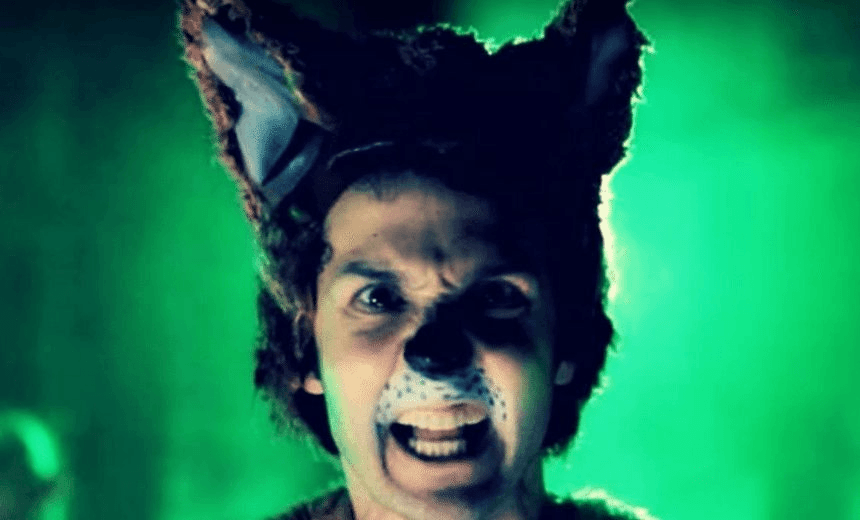 You’re probably back at work this week. And it probably sucks. But if want to bring some of the light-hearted silliness of the holidays into your fluorescent offices, Josh Drummond has a six-song playlist that’ll be fun. For you.

A lot of us are going back to work this week, and it’s a mixed blessing. For some of us with excellent jobs (*cough*Bigpipe*cough*) it’s a wonderful time, when the drudgery of leisure is finally interrupted by the sweet weekly cadence of the 9-5 workday. For others, it’s less blissful, and the only saving grace in the return to the daily grind is the fact that you will have some money to buy food and lightly dust the post-summer debt-crater.

Well, now you’ve got something to be thankful for. These six so-bad-they’re-brilliant songs will soothe your jangling post-break nerves, in that you’ll be able to inflict them on your co-workers. “Listen to this!” you’ll say, and chuckle bitterly to yourself as their ears spontaneously detach from their head in a geyser of sound and blood. If it’s any consolation, I made myself listen to them all as I wrote this, and now I’m deaf. It’s great!

“Bow down before the one you serve! You’re going to get what you deserve!” The lilting strains of early-career Trent Reznor are set to the harsh industrial surge of Carly Rae Jepsen in this fantastic mashup. This is in no way a bad song, to be honest; the main flaws are that it’s a total earworm and the fact you’ll never again be able to hear ‘Head Like A Hole’ or ‘Call Me Maybe’ without mixing up the lyrics.

This Dadaist hellscape remix of the song made famous by the movie American Pie will quickly make you seek out something soothing that sounds better, like a washing machine in spin cycle, or an Insinkerator struggling with some carrot nubs. Or Nickelback.

‘What Does The Fox Say’ (Dubstep Remix)

I’ll be honest: I just typed this one into the search bar on YouTube to see if it existed. It does, of course, in about 80 different mutant iterations. If you like dubstep, and you fondly remember ‘What Does The Fox Say’, then you will absolutely hate this.

This song isn’t all that much worse than anything else the Beeb has done, and I have no idea who DJ Snake actually is so I can’t comment on his/her stuff. The reason it makes this list is because it’s a really good example of the weird-ass noises that made their way into every hit song of 2016, that are sort of auto-tuned lyrics but are also definitely not. The best I can do by way of transcription is “Ehr eh reh, reh eurgh egh reh, egh regh eurgh eh.” Listen at about 1:10, you’ll hear what I mean. And once you’ve heard them in this song, you’ll hear them everywhere. Pro tip: make your own fun at work by trying to sing along with them!

(Content warning: this song contains a bunch of weird misogynistic imagery and is also unbelievably bad)

This song rose to minor infamy in 2009 when comic book author Warren Ellis (not to be confused with Nick Cave and the Bad Seeds Warren Ellis) singled them out on his blog. “I would like you to watch the whole thing. Because it really is one of those ‘fall of Western culture’ moments. It’s a near-perfect snapshot of everything that’s shit about this point in the culture,” Ellis wrote.

He’s not wrong: the video is a misogynistic shitpile of awful music and dreadful imagery, somehow made worse by the obvious low budget and the fact that it’s totally independent. The band are fully responsible for this monstrosity. No-one else made them do it. Its one saving grace is that it’s not actually the fall of Western culture. That happened last year, with the election of Donald Trump.

This weird ditty is part of a trend for ‘All Star’ remixes, which are well worth looking up if you have a few hours spare that you won’t regret wasting. I found this one on the bus and listened to it fully three times on the way home, while trying not to laugh too loud and simultaneously inflicting it on everyone I could. I liked it – the pitch shifting reminded me of Mr Bungle for some reason, and I thought it improved the song quite a lot. Your results may vary. Here are some instructive comments from when I put it up on Facebook:

And that’s it! I hope you’ve enjoyed this six-song sampler, and I hope you make sure your workmates hear them too. If it makes you feel any better, don’t forget: there is an infinity of terrible music out there online, and this doesn’t even scrape the bottom of the barrel.