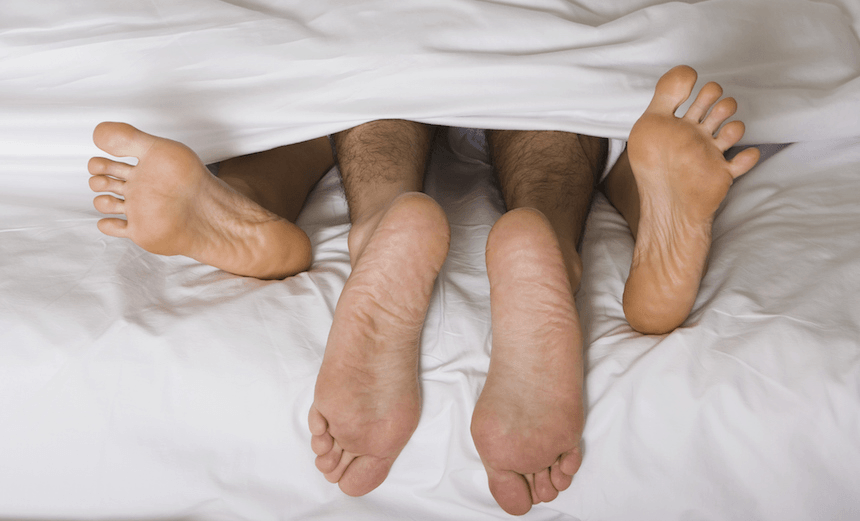 The ins and outs of sex after childbirth

Cassia Mor talks to women about sex after babies – the good, the bad and the in-between.

I talked to 10 women about sex after childbirth and the differences in their responses were quite amazing. It became clear that for these women – like me  – so many factors came into play in their journey back to having sex with their partners.

How long did you wait?

I had read somewhere that women had to wait six weeks after birth before trying to try have sex again. So that was exactly how long my husband and I waited. For some reason when I read “it is recommended that you wait four to six weeks to attempt sex” I envisioned all the mothers watching the clock and itching to get back in the sack, marking it off in their diaries along with the six week growth spurt and immunisations…

I asked 10 women when they first had sex after childbirth and the answers varied from four weeks to six months.

Some were scared to get pregnant again and did not want to use protection so abstinence was the best form of contraception. Some had longer bleeding than they expected.

For the most part the word “tired” came up a lot. Too tired and no time. But mostly tired. One lesbian couple said they found the tiredness issue especially challenging as they both needed to put in a lot more effort than women having heterosexual penetrative sex: “The thing with queers is you can’t really starfish y’know!”

For some, the health of their child had a huge impact. “I think it was six or seven months for us because our child was sick – and it’s not okay to root in the kids ward”.

Another mum agreed: “My child was in surgery all the time and I never wanted sex. I was emotionally wrecked and needed space.”

Birth injuries and the type of birth can also have a big impact. “My wife’s bits were very badly mashed up from our baby cannonballing her way out,” one mum said. Certain types of sex can minimise the scariness there, she said. “I think queer female sex is probably way easier, because you don’t have to put a peen somewhere, you can just rub one out?”

Speaking for myself, it was a little painful and uncomfortable. The apprehension, the awkwardness and the fact that he didn’t know quite where to put his hands was hard. I told him to not touch my boobs as they might explode. And “For the love of God don’t touch my stomach! It feels like precooked focaccia dough down there!” was possibly yelled in the heat of the moment.

I was keen to get into the swing of things again but I was shocked at how low my libido was. Some weeks I was pretty sure it was gone forever; it was no longer a priority, so the idea was shelved for the most part. It was a bit like going to the gym or getting into a two-piece bathing suit – it felt like a long way off. I wasn’t there yet.

I think I expected us to have sex without him touching or looking at me, and to complete the task without complaint in complete darkness during a window of opportunity between feeds and nappy changes.

Such a sexy time!

I spoke to a few women and their first time back in the sack was similar.

“It is comparable to losing your virginity” said one, who then quipped “Actually don’t have sex! At least not for a good six weeks and even then you gotta knock back a few painkillers before the penis comes at ya!”

“Quite honestly it felt like having sex for the first time” said another. “It’s like losing your virginity… also coconut oil came in handy! Coconut oil has a use for everything, even the good old post baby dryness.”

“It was painful, both after my vaginal birth and my C-section,” said one. “Which I found surprising: why would it be painful when no baby came out down there? I was perplexed.”

One of the best stories I heard about a mother’s first time was from a friend. In a fit of passion her partner placed her breast into his mouth and managed to get a mouthful of milk. He stood up, said “nope, can’t do it”, and left the room.

The takeaway: wait until you are both ready

The standard advice is to wait at least six weeks for things to heal and your post-partum bleeding to stop, although if you are not ready after six weeks then of course you should wait longer. Communicate with your partner and tell them about your fears and concerns if you have them – you may find that they may share the same worries.

It may mean a slow progression from just light petting to clitoral stimulation, then finally penetrative sex when you are ready.

Try not to push things and promise me you will love yourself above all else. Your new family will place pressures on you like nothing you have ever experienced before. But things will settle and move, and become different over time.

Sex after babies is not talked about enough. But we need to talk about it; we need to know that we are not crazy or weird. Everyone’s circumstances are different and can’t compare ourselves to others. So at your next catch-up with your antenatal or coffee group – maybe just ask. You might be surprised by the responses you get.

Cassia Mor is a wife and mother of two who is committed to raising awareness of women’s sexuality post birth.