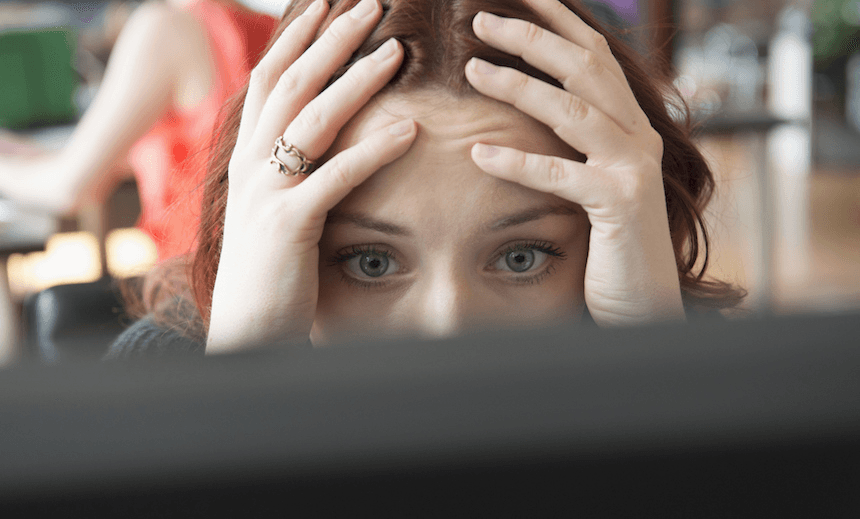 The PM’s baby: all the worst takes so far

Two words from Emily Writes in response to today’s many terrible reckons: shut it.

I live in the most wonderful liberal bubble. It is here in my echo chamber that I hide from terrible comments from people with shit for brains. I don’t venture into comments sections anymore; I just don’t want to be knee-deep in pus. I don’t watch Hosking or any other outrage goblins – instead I hide among friends on Twitter. It’s wondrous and I think you should try it.

Because for just five minutes I ventured out and what I came across could win awards in the fucking are you fucking serious these people are actual fucking morons awards.

Here are the worst takes, and my responses. Because we should note down in the anals (yes anals) of history these terrible comments so that one day scientists might research how human-shaped sacks of dick cheese scrapings managed to somehow comment on a Stuff Facebook page.

You want hormonal? I’ll show you hormonal. Jacinda Adern managed to campaign successfully and form a government and run a damn country while she was hormonal and probably spewing her guts out. You had no idea she was pregnant. Hormones shmormones. Hormones make us stronger. Hormones make us even more powerful. So you better watch out Gary you little bitch. We are coming for you.

What have you ever done in your life Gary? While you were cry-wanking over the election and pounding your bruised knuckles against the keyboard ranting about how offended you are by women working, Jacinda was getting shit done. She was running the country. While pregnant. She done been doing that Gary. So shut the fuck up.

Sit your ass down Karen. Nobody asked for your fucking opinion. So you couldn’t – or didn’t want to – parent and work outside the home. Fine. You do you Karen. Nobody is going to come to your house, knock on your door, and tell you that you should have tried harder. So consider that Karen, and consider that maybe you don’t know Jacinda, you don’t know her life, or who she is – and consider Karen that maybe your opinion isn’t needed. Write your opinion down Karen, and shove it.

Joan, look, with all due respect, go fuck yourself. Mothers who work are still mothers. We work outside of the home for lots of different reasons, because we have to, because we want to, because it’s the right choice, because we don’t have a choice. Having a job doesn’t mean you’re not a mother. It means you have a job. End of. What matters with babies is that they know they’re loved and that they’re kept safe and looked after. This baby will have all of that. So save your sanctimonious bullshit. This is why your kids won’t spend Christmas with you.

You haven’t ever had sex have you Andrew. Do you know how babby form?

What about baby brain?

Mate you can’t even spell government.

Your mum wished she worked. I just got off the phone to Mary and she thinks you’re an absolute failure of a human, Tony.

I’m sorry Gareth. I’m sorry you didn’t get to be the dad you wanted to be for whatever reason. But don’t project that. It’s a wonderful thing (and studies have shown that it’s great for children if they have fathers) to have stay-at-home dads and hands-on, involved dads. So shut your pie hole.

She has to resign if she can’t be prime minister!

Winnie knew! Wake up sheeple! Now we have Winnie as prime minister and something something sweeping changes now everyone owns a race horse and you can only buy sherry

Please. I know nothing about politics but I do know that Winnie is not going to do shit in those six weeks. Dude is so laid back when cameras aren’t around he’s almost in a coma. Jacinda is so goddamn efficient she is probably going to have those six weeks planned out to a tee.

Shhhhhhhhhh. Hush Karen. Jacinda is a grown ass adult with a support network and resources. She will get through if she gets support. And part of that support is you being quiet OK? It’s hard not to project, I get that, but it’s not useful or helpful. It’s not your baby. It’s not your boobs or your boyfriend. It’s not you staying up at night or changing nappies. Chill.

When it comes down to it, I’m sure Jacinda always knew she was going to get shit. Helen Clark got shit for not having kids. Jacinda got shit for not ruling out having kids in order for people to attack her for not having kids. Some people are addicted to being outraged and being mad about shit that actually doesn’t impact them at all. And ultimately, even if you think it does impact you, it hasn’t yet – and if it does, well you can address it then.

Unfortunately news platforms with unmoderated comments sections are like strep throat or a recurring STD – they’re always around.

Until then, these are two people in love who get to bring a baby into the world. That’s a lovely thing. So shut the fuck up and instead of putting your reckons into the world, dig a hole and put them in there instead.