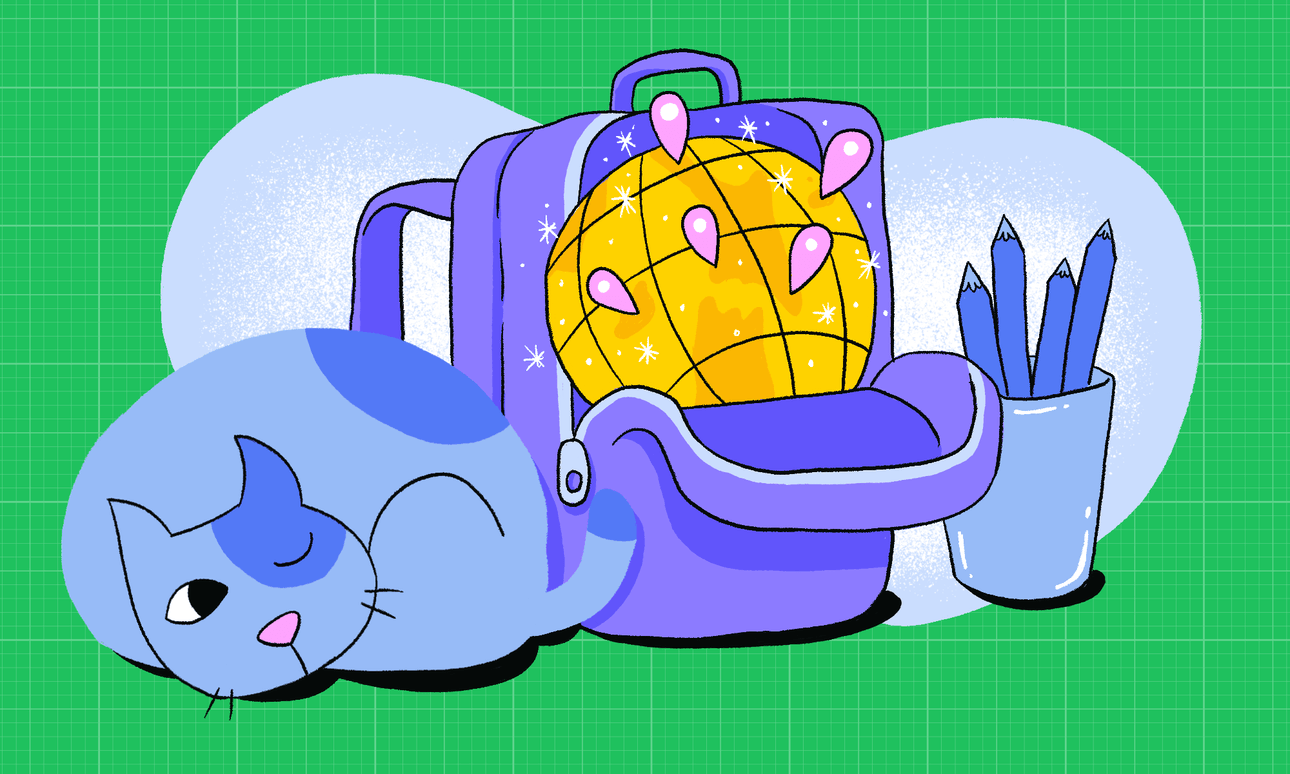 With EdTech, the world is in your backpack (Illustration: Marc Conaco)

With EdTech, the world is in your backpack (Illustration: Marc Conaco)

Education is experiencing a technological revolution at the moment – and New Zealand companies are at the forefront.

When Covid-19 forced thousands of schools and universities across Aotearoa to close their doors, it was technology that came to the rescue – and a lot of the technology that led the charge in online education was born right here in New Zealand.

While the shift from classrooms to computers wasn’t always smooth sailing, technology allowed schools to march on, helping educators to lessen some of the disruption caused by the global pandemic. Today, it’s clear that education and technology have become inseparable, and in the future, are poised to become even more so in ways that may upend learning as we know it.

While Covid-19 accelerated the uptake and deployment of EdTech in the last few years, the sector – which refers to “technology supporting the experiences and outcomes of learners, educators, and educational institutions” – has been a steadily growing industry for some time. In 2019, US$164 billion was spent globally on EdTech – a figure that’s set to balloon to US$404bn in the next three years. In New Zealand, EdTech has been on a similar upwards trajectory: according to the Aotearoa EdTech Excellence report, spending on education software alone was $173.6m in 2020. By 2025, that figure is expected to almost double to $319.6m.

Aotearoa has a young, growing, and highly innovative EdTech sector. Despite its modest size and relative newness (around 60% of local companies identify as startups and 65% were created in the last 10 years), approximately 92% of EdTech companies are already exporting or thinking about exporting. Part of this growth can be put down to the global reputation of New Zealand’s education system – in 2019, the country ranked third overall in the Economist Intelligence Unit’s (EIU) Worldwide Educating for the Future Index and has long been a prime destination for international students.

“I think one of the factors [behind EdTech’s growth] is that New Zealand has a really good reputation in areas of education,” says Dave Moskovitz, a member of the EdTechNZ Council. “Then there’s New Zealand’s reputation for technological innovation. Rocket Lab and its 3D printing of rocket engines, for example, or Xero and its mission to make accounting beautiful. Who would’ve thought that would be possible?”

Today, EdTech presents a massive export opportunity for New Zealand firms, particularly in the wake of Covid-19. Not only is the global education market set to reach at least US$10 trillion by 2030 due to population growth in developing markets, but New Zealand’s international education sector is now strategically focused on reframing how the world can study with New Zealand, not just in New Zealand. This means fit-for-purpose technology will play a huge part in how local providers adapt to meet the changing ways local and international learners (and their educators) engage in education.

Peter Dong, CEO of computer science learning platform ByteEd, was at the Dubai Expo as a member of the New Zealand delegation earlier this year. He says the trip was “very much about taking a 100% New Zealand education technology to a new market” and being able to “make connections with higher education faculty, curriculum development leads, and school principals, and subsequent meetings on the ground in Dubai.”

Education right now is going through a period of disruption, which goes above and beyond the pandemic. New trends, such as the rise of micro-credentials or short courses, are poised to upend how we consume and deliver education.

“The education system of today hasn’t really evolved quickly enough to meet the challenges of the 21st century,” says Moskovitz. “So, for me, technology is key to helping accelerate the transformation that needs to take place for education to be fit for purpose.”

That transformation has been crucial in allowing international students the opportunity to connect with New Zealand’s world-class education while borders have been closed. The Future Learn initiative, for example, has enabled a global community of 15 million learners to connect with a curation of short courses from New Zealand universities, English language schools, and other educational providers, as well as EdTech educators incorporating virtual reality and game design. The goal of the platform is simple: to provide global learners with “tasters” of New Zealand education that could lead to further online or onshore study opportunities in the future.

Despite the industry’s relative infancy, a number of high profile EdTech companies from New Zealand are already making their mark on the world. Kami, for example, an all-in-one digital classroom app allowing students and teachers to interact and collaborate seamlessly with each other is now used by over 30 million learners and educators in more than 180 countries. Education Perfect is another high profile example: founded by brothers Craig and Shane Smith initially as a language-learning programme back in 2007, Education Perfect has since expanded to a full-curriculum of subjects offering a customisable platform that’s self-paced and responsive to learners’ feedback. With more than 40,000 subject-specific lessons online, the Dunedin-based platform is currently incorporated in more than 4,500 schools across 55 countries. Last year, the company further cemented itself as an EdTech behemoth when it was bought by global investment firm KKR in a deal estimated to be valued at more than $450 million.

A big trend for the future of global EdTech is artificial intelligence (AI). Much of the value of AI is its ability to create a more personalised learning experience using a plethora of data unique to each individual learner. Kara Technologies, for example, has developed AI-powered digital avatars translating written, audio, and visual content into sign language, providing access to children’s books like The Very Hungry Caterpillar to young Deaf or hearing-impaired learners.

Another major trend we can expect to see more of is gamification, with companies like Gamefroot (a platform allowing kids to develop their own games while also teaching them how to code along the way) and Maths Adventures (whose iPad apps touting maths problems disguised as puzzles have been downloaded more than 11 million times) already helping to lead the way.

Virtual reality (VR) and augmented reality (AR) have also given rise to a number of innovative startups, such as Ara Journeys – a Māori-owned company blending these immersive technologies with Indigenous storytelling, promoting health and wellbeing through a Te Ao Māori lens as well as working with Indigenous groups around the world to preserve and share Indigenous stories, knowledge, and languages for future generations.

At a higher level of education is Virtual Medical Coaching, for example, which provides AR and VR simulations for learning complex or dangerous tasks in radiography and childbirth without the risk of harming patients. Another example of an immersive training simulator is ShowHow, a programme allowing students in industries such as medical, military, and emergency to create, shoot, and practice potential real-life scenarios.

“I’m a big fan of experiential learning: learning by actually doing rather than sitting and listening to a wise person tell you about what you might need to do. Because chances are, that wise person who’s teaching you is already a couple of decades out of date in terms of current industry practice,” says Moskovitz.

“The most useful stuff you learn by doing rather than by sitting and listening to a lecture. So technology solutions that help people learn the things that they want to and need to learn in order to be more useful members of society I think is a big trend.”

EdTech is an industry that’s ripe for investment, and the companies that populate the industry today show Aotearoa has the skills, experience and reputation to make a massive impact for good on the way the world teaches and learns. To take full advantage of global momentum and demand, however, changes need to be made to address some of the EdTech sector’s most immediate challenges.

The Aotearoa EdTech Excellence report outlines six key recommendations in order for the sector to grow. These include:

“If we’re going to tackle this we all need to do it together as a country, starting with a national EdTech strategy,” says Moskovitz. “We need to get the government, industry, teachers, parents, and students all involved. It’s the only way we can achieve our common goal.”