The 2020 Arts Foundation laureates have been selected, awarding seven outstanding artists who represent the diversity of New Zealand and the arts in Aotearoa right now.

The past nine months have not been easy for artists all around the world. In New Zealand, lockdowns and financial disruption caused by Covid-19 have put a lot of the mahi our artists do on hold or cancelled altogether, and in a recession, it’s often the arts that suffer first. The arts are integral to giving us a greater sense of wellbeing and connectedness in our communities. Now, more than ever, it’s crucial that we celebrate those who have made outstanding contributions to their artistic discipline.

The 2020 Arts Foundation Laureate Awards were announced in September which for our artists are symbolic of the heights that can be scaled as a creative in Aotearoa. For the Arts Foundation Te Tumu Toi, they are a recognition of those who are outstanding in their fields and have made an impact on New Zealand.

Names like Michael Parekōwhai, Barry Barclay, Lisa Reihana and Dame Jane Campion are among the 100-strong award winners of the past 20 years, representing not just the height of their craft, but their own unique backgrounds and the diversity of the arts in Aotearoa. This year the awards highlight another seven New Zealand artists who have made an impact on the many fields they all sit in.

Arts Foundation chair Garth Gallaway says this year’s group of laureates represent a unique time in history, one that hopefully inspires even more from the artists among us. “In the current climate – which has devastated New Zealand’s creative industries – the Arts Foundation believe it is more important than ever that we continue to celebrate and empower our most outstanding artists, especially those whose practise has a significant impact on Aotearoa.

“We’re incredibly proud to see such a diverse group of recipients, who individually stand out in their respective fields and within their communities. Collectively these artists help make up the rich cultural fabric of our country. We can’t wait to see how they continue to mark their mark.”

The Ōtautahi born-and-raised Sāmoan poet, performer and writer redefines what it means to be a Pacific New Zealander with her poetry.

She has travelled the world performing her one-woman poetry show Wild Dogs Under My Skirt, authored four critically acclaimed poetry collections including her forthcoming publication The Savage Coloniser Book, and won countless awards for her poetry including the 2013 Janet Frame Literary Trust Award and was on the shortlist for the Ockham New Zealand Book Awards.

On top of this, Avia has established her place as a leader in the Christchurch community, responding to the earthquakes and recent terror attack with powerfully uniting literature. She draws on her Pacific Island whakapapa in her work, examining the sometimes uneasy relationship between New Zealand and the Pacific Islands, and exploring the nuances of that relationship between place and identity.

In January, Wild Dogs Under My Skirt made its American debut at the Soho Playhouse in New York, for which Avia won the 2019 Outstanding Production of the Year and this year she was appointed a Member of the New Zealand Order of Merit for services to Poetry and Arts.

Poet and novelist Sia Figiel says: “Tusiata Avia’s poetry is quite revolutionary in the sense that, not only does it define the face of Pacific literature in New Zealand, but it redefines the face of New Zealand literature itself.”

Receiving the award for music and literature

Known for his involvement in the post-punk music scene in Dunedin during the Flying Nun years, Carter has inspired many generations of musicians with his lyrical prose and beautiful compositions.

Carter has had a lengthy career in the music industry, beginning at local Dunedin radio stations 4XO and Radio One, and then in 1983 forming the band The Doublehappys with friends Wayne Elsey and John Collie. In 1985 he formed iconic New Zealand band Straitjacket Fits and over the next nine years won various awards, including best album for Blow, and top male vocalist in the 1994 New Zealand Music Awards.

He then formed the group Dimmer, in 1995, which once again won a string of awards and more recently released a piano-based album named Offsider in 2015.

Writer and musician Nick Bollinger said of Carter’s Dunedin music career: “There were some other brilliant musicians, don’t get me wrong. But Shayne was different. Shayne was a rock star, and he knew it. He was actually aware of his charisma and what it meant to be a performer.”

Carter’s prolific career as an energetic, hard-working performer has helped to shape the emotional landscape of New Zealand music, and a recent foray into non-fiction novel writing with Dead People I Have Known earned him both the Royal Society Te Apārangi Award for general non-fiction and an Ockham New Zealand book award.

Karunaharan’s goal to create diversity in the theatre and amplify the voices of those who are often unheard has earned him acclaim both here and abroad throughout his career as an actor, writer, director and producer.

UK-born, New Zealand-raised and of Sri Lankan Tamil descent, Karunaharan draws on his rich cultural background in the work he does, in his words “to break boxes that [minority voices] are put into and collaborate with those who don’t get the centre stage often.”

In 2012 he founded theatre company Agaram Productions, one of the most important development theatre companies in the country, which founded and produced the first ever South Asian Writers’ Festival in Aotearoa.

Throughout his extensive career as a playwright and director, Karunaharan has tutored and inspired many to use their voices, and in 2018 won the Bruce Mason Playwright award for his work as an outstanding New Zealand dramatist.

Interdisciplinary artist Yuki Kihara wears many different hats in the Aotearoa art space. A dancer, visual artist and curator, she draws on her background as a Sāmoan-New Zealander, producing work that explores Pacific cultures and how post-colonial history intersects with race, gender, spirituality, ecology and sexual politics.

In 2008 the Metropolitan Museum of Art in New York City acquired her works after presenting a solo exhibition of highlights from Kihara’s artistic practice, entitled Living Photographs. Her art also lives in the collections at Te Papa, the Queensland Art Gallery, the British Museum and Giorgio Armani and has been shown in countless exhibitions and biennale around the world.

She’s worked with some of the most notable galleries in the world as a curator and content director, and holds a place not just as a shining star of New Zealand art, but internationally. In 2019, Kihara was chosen by the Arts Council of New Zealand Toi Aotearoa as the New Zealand artist representative for the 59th International Art Exhibition – La Biennale di Venezia, 2022.

A renowned Māori choreographer and dancer, Patterson is known by those who have worked alongside him for bringing humility and integrity to every job he does. Held in high regard by his peers for his passion and immense skill as an artist, his career has sent him all over the world as a sought-after artist in the indigenous dance space.

With more than 17 years of experience creating and delivering powerful performances, he has worked on performances across a diverse spectrum of artistic taste, from a series with the Auckland Philharmonic Orchestra to co-choreographing the opening of the Rugby World Cup in 2011.

Working in the dance space, Patterson is committed to incorporating Māori culture into what he does, and in 2018 was commissioned to produce a te reo Māori interpretation of a work for the Royal New Zealand Ballet. “That’s what really fires me up, being able to work on something that has ancient roots but at the same time is fresh and new,” he said of the opportunity.

Receiving the award for interdisciplinary arts

FAFSWAG hit the New Zealand arts scene with force eight years ago when it was established as a safe space for queer indigenous creatives, activating public spaces and pushing new ideas into the public realm about what it means to be queer, brown and taking up space.

Since then, it’s become a community of some of Aotearoa’s most talented filmmakers, artists, musicians, dancers and more, and is well-known for their annual voguing contest, the FAFSWAG ball. They have carved a space for artists who may have previously felt left out or even unsafe in predominantly white arts spaces.

Pati Solomona Tyrell, an artist from FAFSWAG, says his creative process is all about challenging the “norms” society has created. “Queer, indigenous and Pacific would probably be the three main words I’d come up with to describe my work. Storytelling obviously, definitely identity and looking at those intersections as queer, indigenous, Pacific people, and then creating new counternarratives.”

Tikao is a singer and composer, and is part of the revival of the practice of taonga pūoro playing. Using her music to recreate stories from her tīpuna, Tikao draws on her Kāi Tahu whakapapa to explore themes relating to identity and mana wahine.

With three solo albums, Tikao has become known for her captivating live performances and involved with many collaborative projects over the years, including a 2015 commission by the Christchurch Symphony Orchestra to compose the first concerto for taonga pūoro Ko te tātai whetū.

In 2019 she toured with Atamira Dance Company for their performance of Onepū, the original story of which was written by Tikao’s great-grandfather about wahine atua of the wind and other elements. “We see these atua and this story as being able to connect us with our environment and whakapapa [which is] very important in this day and age… that we remember we’re connected to our environment and not separate from it,” she said of the show.

Her music has featured on many New Zealand television shows, films, theatre performances and online media and she uses her knowledge of taonga pūoro to teach the beauty of Māori arts.

This content was created in paid partnership with The Arts Foundation. 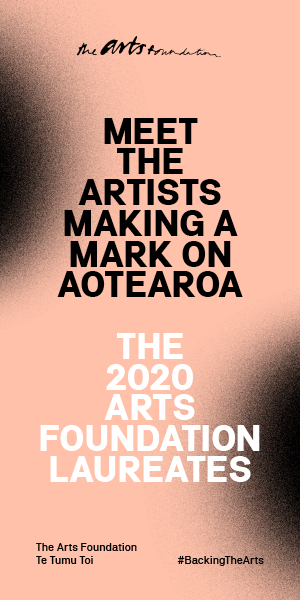