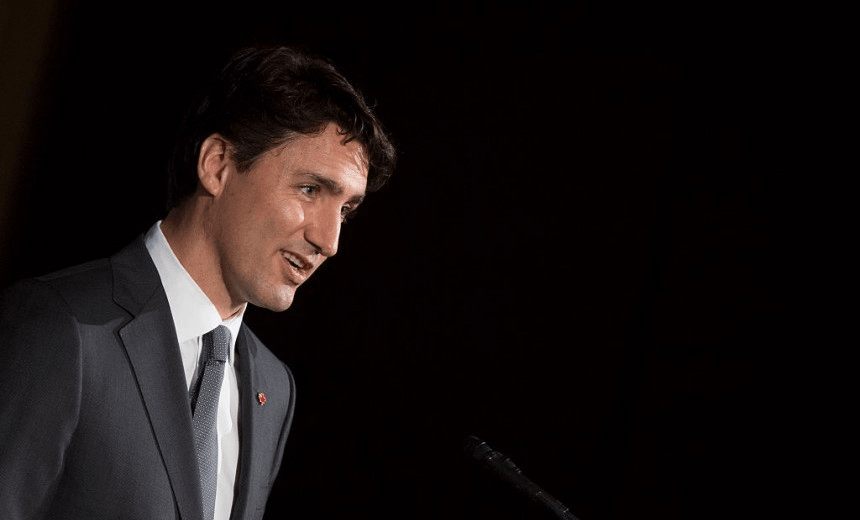 The lessons for NZ from Canada’s assisted dying bill

David Seymour has thrown his member’s bill into the parliamentary hat. But the legislation currently being debated in Canada differs in some important ways, writes Andrew Geddis.

The case of Lecretia Seales last year brought to prominence the issue of doctor assisted suicide/aid in dying (it’s a telling sign of how divided views are that there’s not even an agreed term for the subject) in New Zealand. In the wake of her ultimately unsuccessful attempt to have the High Court declare she could receive medical help to end her own life, parliament’s Health Select Committee launched a somewhat sprawling inquiry that is still wading through the hundreds of submissions received. Seeking a faster result, David Seymour put his “End of Life Choice bill” into the members’ ballot, counting on lady luck to allow it before the House.

Even as New Zealand continues to prevaricate over the issue, Canada’s parliament on Friday began passing legislation to regulate how can occur. Its MPs really had no choice but to do so. In early 2015, the Canadian Supreme Court decided that consenting adults have a right under the Canadian Charter of Rights and Freedoms to receive medical help to end their own lives, if suffering “a grievous and irremediable medical condition … that causes enduring suffering that is intolerable to the individual in the circumstances of his or her condition”.

Consequently, Canada’s blanket criminal ban on “aiding suicide” could not apply to such persons because no law can say anything that contradicts the Charter. That fact then meant that, much like Switzerland, there would be no legal prohibition on anyone helping such persons to end their own lives. But rather than immediately throw open the floodgates to unrestricted mercy killings, the court suspended its ruling’s effect for a period to let parliament introduce new legislation regulating how and when such medical help could be provided.

Steven Harper’s Conservative government didn’t want to touch the issue in the run-up to Canada’s 2015 election. So it wasn’t until Justin Trudeau’s victorious Liberal Party took office that an all-party special committee was created and reported on it. Following that report, the Liberal government put a bill before parliament outlining who can get medical help to end their own lives, and how that can happen.

The details of this proposal then are interesting for those thinking about how New Zealand might deal with the matter. For one thing, the bill would restrict access only to those “suffering intolerably” and whose death is “reasonably foreseeable”. That’s a narrower group of individuals than the Supreme Court identified as having a Charter right to get medical help to end their own lives, leading some to claim that the bill risks future judicial override.

It’s also narrower than the definition contained in David Seymour’s End of Life Choice bill. He proposes allowing those with “a grievous and irremediable medical condition” that is not necessarily fatal to get medical help to end their own lives. That is a step beyond the case of people who are going to soon die anyway, but want to do so in their own way and time.

Of course, if individuals not facing a fatal outcome are left out, then you close the door on ending the suffering of individuals with pretty awful debilitating, painful and untreatable conditions. Or else you create a situation like that faced by Jean Brault, who had to starve himself for 53 days and refuse water for eight days to get close enough to death to finally qualify for medical help to end his life under Quebec’s laws.

But that’s one choice Canada (and, eventually, we in New Zealand) have to make – just who should be allowed to obtain a doctor’s help to die? A second set of choices lies in what safeguards the process should contain. Canada’s bill requires that a written request must be made, that two doctors must agree that the requestor meets the legislative criteria and that 15 days elapse between the request and the provision of fatal medication (unless death would likely occur in that time, when the process can be sped up).

The requirement for two doctors’ agreement mirrors the ACT leader’s proposed bill. However, his proposal sets out no precise time between the request being made and the administration of lethal medication. Although a series of required processes in the bill inevitably would delay matters for a handful of days, there is not the same clear requirement for a defined window of reflection in which the patient may reconsider matters.

Canada’s process also does not allow for so-called “advance directives”, whereby a person can specify the sorts of circumstances in which they would like to receive medical help to end their life (in case they are unable to make the request themselves). Seymour’s proposed bill would rule these out, too, requiring instead that a patient be conscious and responsive throughout the request process.

Both Canada’s and Seymour’s proposals would apply only to individuals over 18, meaning minors could not qualify for medical help to end their lives. This fact might help to quell the concerns of opponents who point to examples such as Belgium and the Netherlands as meaning children would be killed should the law be changed. It is worth noting, however, that competent individuals under 18 may still refuse medical treatment even if doing so inevitably will result in their death. They just won’t be able to request a procedure that has the same outcome.

In terms of the actual administration of the medication used to end life, both proposals permit either a patient to self-administer or a doctor to administer directly to a patient. This differs from the “aid in dying” models adopted in various US States such as Washington, Oregon and California, which all require that the requestor personally self-administer the dose. Crucially, however, neither the Canadian nor Seymour’s Bill would require a doctor to actively participate in the process, as each make allowance for conscientious objection.

Finally, both Canada and Seymour would limit the law’s reach to the country’s own citizens and residents. The specter of Switzerland-style “suicide tourism” is thus laid to rest.

It is inevitable that Canada’s parliament will enact some variant of the government’s bill, even though the vote is being held on a conscience basis for all except members of Trudeau’s cabinet. If it doesn’t do so, then the ruling of Canada’s Supreme Court will take effect and there will be no legal controls at all on medical help to end the life of qualifying persons.

In New Zealand, of course, the option of not permitting any medical help to end the life of suffering and/or dying individuals remains on the table. However, I don’t think it is a viable one long term. For one thing, as more and more places like Canada begin to permit the practice, we’ll start to see what it looks like in action. And like same sex marriage, or like cannabis decriminalisation/legalisation, I suspect we won’t see anything too scary resulting.

For another, we have an aging cohort of boomers that increasingly must confront the reality of their own mortality. These are people used to having their own way, on their own terms, throughout their lives. They will not take kindly to being told that they just have to wait and die whenever it happens to happen, with doctors unable to do anything to change events. And we all know that boomers get what boomers want.