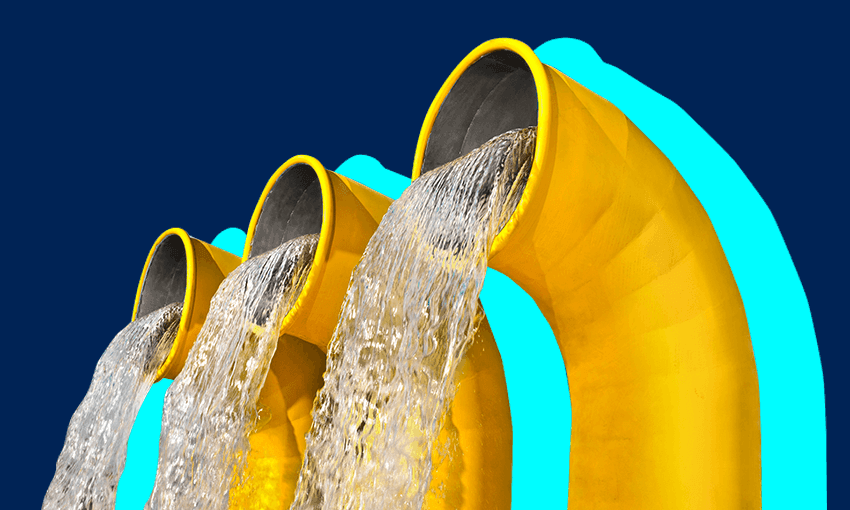 By Mike Chatterley
Guest writer
Made possible by

Accusations of asset theft and racist fear-mongering risk stranding the three waters reform programme, with future generations the ones who will suffer.

The government’s three waters reform programme has been a contentious topic. But behind the cloak of media soundbites and misinformation there is a lot of good happening.

Let us wind back the clock to August 2016. Public confidence in a fundamental service was shaken. A third of Havelock North’s residents contracted campylobacter due to a failure by the council to embrace or implement the high standard of care required of a public drinking-water supplier. At least three people died.

Fast forward to 2020 and the government’s inquiries found that across the country there are historic levels of underinvestment in all three waters – drinking, waste, and stormwater – in the tens of billions of dollars. Couple this with growth and service level improvements and communities are staring down the barrel of $120-185bn of investment over the next 30-40 years. Not to mention over a third of treatment plants are in breach of consent conditions at any one time.

No government could, in good conscience, sit on its hands.

Enter Taumata Arowai – the government’s first stand on the issue. Now established, the dedicated water services regulator is charged with ensuring drinking water supplies are safe and reliable for Aotearoa. The future of water service delivery is changing regardless of the government’s reforms. These are expensive services to provide. Upgrading services to meet public health standards, maintain the infrastructure, meet community and environmental expectations and combat future challenges will see the costs of delivering these services increasing across the country.

Regrettably, not everyone in local government had the foresight (or humility) of the members of the joint central local government steering committee. Minister Nanaia Mahuta, her department and officials were flogged by elected members around the country who were more concerned with retaining power and “accountability” than protecting the long-term health, environment and wellbeing outcomes their communities deserve. Put simply, their egos (and mayoral chains) were more important than their communities.

The soundbites flowed with accusations of asset theft, and racist and abhorrent fear-mongering playing to a vocal minority. The three waters reform programme is at real risk of stranding – something my (yet-to-exist) children will regret on my behalf.

Alan Sutherland, the man who was responsible for Scotland’s similar reforms in 2002 (only now being heralded as a success), described New Zealand’s reforms as a three-legged stool. You take one leg away, and the whole thing falls over. We desperately need to turn the tide of public sentiment of the three waters reform.

Legs one and two are straightforward and (relatively) undisputed. The first is the need for more effective standards regulation – which is helpfully locked in with Taumata Arowai now in full swing. The second is economic regulation to help ensure water services are delivered efficiently and priced fairly. This is well under way as part of reforms.

The third leg, on the other hand, is the most contentious, but it is also the biggest load bearer – better governance. Without it, the benefits of reform will not be realised.

There is a lot that falls to this leg, but broadly it comes down to who owns the water service entities and who tells those entities what to do.

Somewhere along the way, truth got in the way of good politics. Over the past 12 months or so, there have been allegations of asset theft, misinformation that Māori would charge royalties for water and that communities, especially smaller communities, would lose their say in water delivery.

None of this is true. Continued public ownership is a bottom line of the reform programme, and the government is going to extensive lengths to ensure this never changes. You (and I) will continue to own water service delivery arrangements in much the same way we do today. The difference being, our councils will band together – collectively owning the new water service entities for the good of all of Aotearoa.

Now comes good governance. Right now, politicians make the call about where investment goes, trading off sewerage flows into the harbour with a new conference centre on Wellington’s waterfront.

On the other hand, the new entities will be given their strategic direction by a representative group of council and iwi (dubbed co-governance), which will help to guide investment prioritisation (think swimmable rivers or improving services to underserved communities). A board of experts will decide how to deliver that.

On top of this, the government is making sure that you and I also have a say in how this is done, with consultation requirements being placed on the entities and the creation of consumer forums.

The coming together of communities and iwi will bring a long-term, wellbeing-focused approach to water services delivery, but the entities (and those in charge of them) will be kept on their toes for delivery by your trusty local councillor. The other two legs of the stool (standards and economic regulation), meanwhile, will ensure that the new system is sustainable and delivering the benefits promised.

Mō tātou, ā, mō kā uri a muri ake nei. For us and our children after us.