And is he about to launch a coup against Judith Collins? Just asking questions here.

Jacindamania was meek by comparison. Just as Ardern captured a nation from the role of deputy leader of the opposition in 2017, so it is with Gerry Brownlee in 2020. Relentlessly grouchy, Gerrymania is in full flow, as most recently evidenced by his appearance at a media conference this afternoon. Brownlee perceptively noted that the government had spent some time telling people that there was a very serious risk of the reappearance of Covid-19 in the community, and then there was a reappearance of Covid-19 in the community.

Where fools might see that as an example of how warnings work, Brownlee saw something deeper. Today and over the last week, with the energy of an all-caps Facebook post, Brownlee has demanded to know what the government knew and Ashley Bloomfield knew but we didn’t kNoW. He’s had questions. Questions about questions. Questions about facts about facts about questions.

But there are questions for Gerry Brownlee, too. For is he not panda bear adjacent? Has he not spent time among the panda bears? Do the panda bears control his brain remotely from Wuhan? I just think it’s interesting.

What we do know is this: in 2015 Gerry Brownlee, then defence minister, went on a panda bear mission to China. The pandas there reportedly “melted his heart”. He was “smiling broadly”. Smiling broadly is the sort of thing that people who have just been brainwashed and indoctrinated by a foreign government or foreign species do. I’m just outlining the facts. 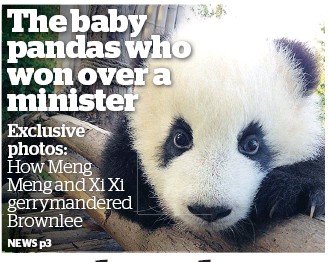 Here is a picture of Gerry Brownlee with another man and a hanging featuring panda bears. 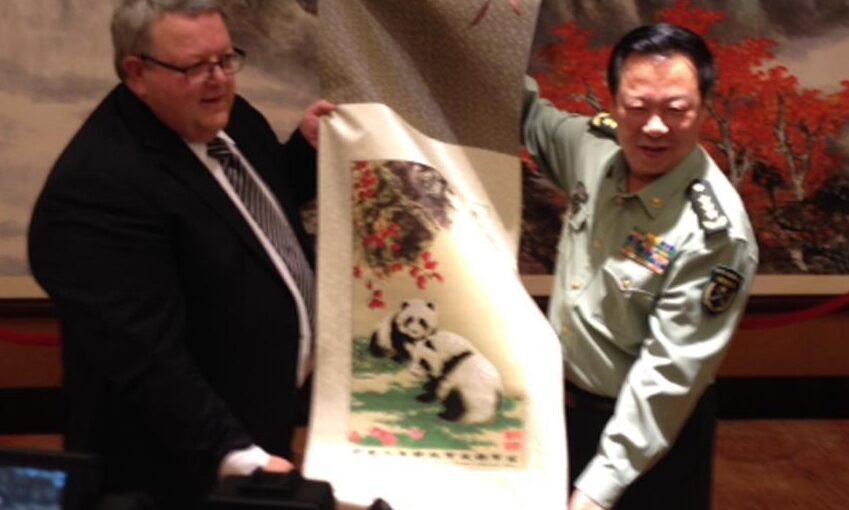 Note: The Spinoff has nothing against panda bears, in fact quite likes panda bears

Here is a hoarding with Gerry Brownlee on it. Look at his tie. Look how it folds strangely, down there, towards the belt region. 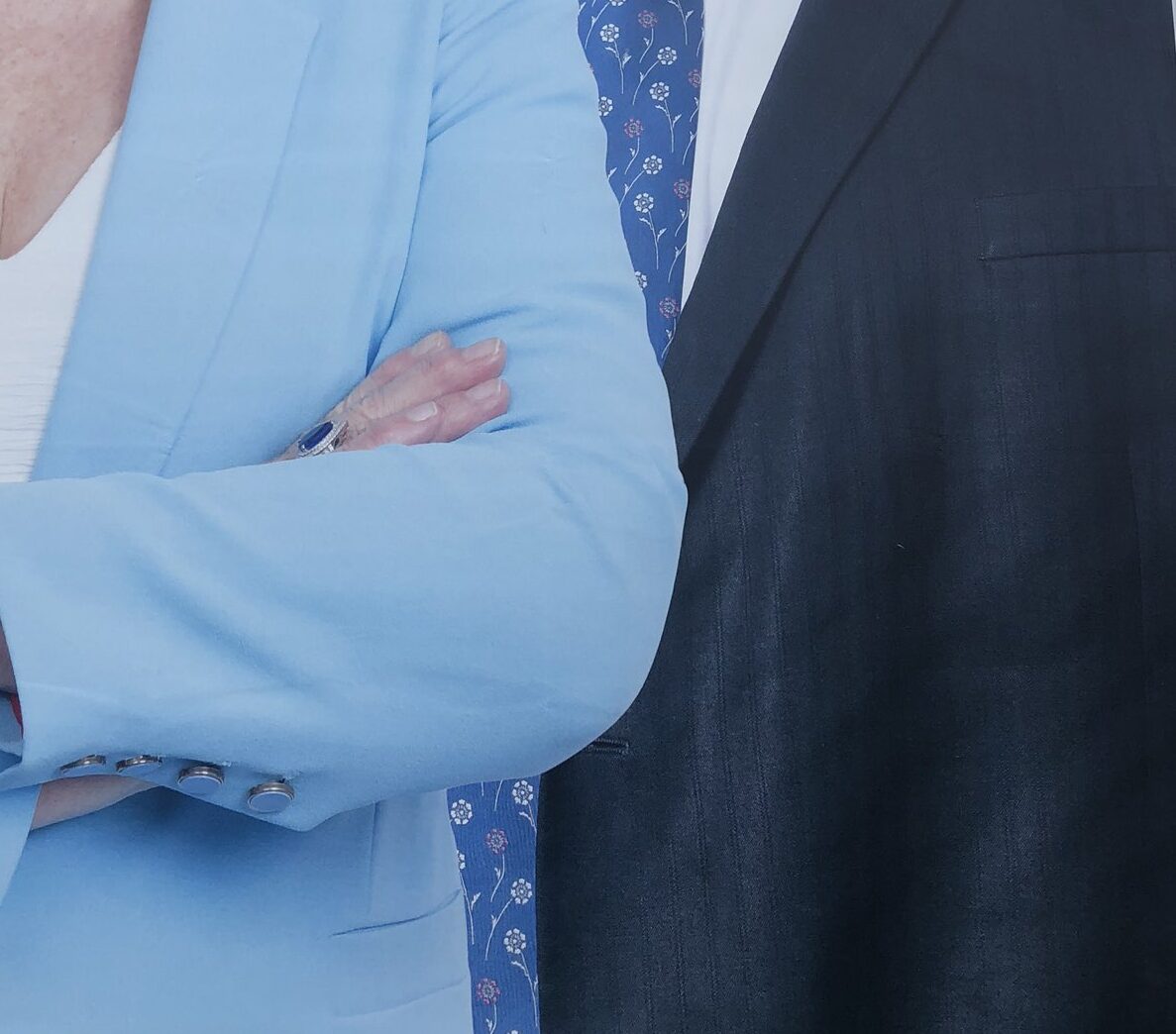 Panda bears, if they were controlling a human politician, would surely use a tie to control a man. They would twiddle it like a puppeteer might a string. They would control the human politician with the tie from the groin region, and it would be decidedly awkward if the tie were to go askew in an election hoarding. The panda bears would want their tool, their shill, to take control, and so I ask simply this: is Gerrymania in fact a cover for Gerry Brownlee to mount a coup against Judith Collins in the cause of the panda bears?

These are just an interesting series of facts. Facts that a less useless media industrial complex might start asking some questions about.

Another question: Is the image below a window into Gerry Brownlee’s nightly dreams?

And if so, what else isn’t he telling us?