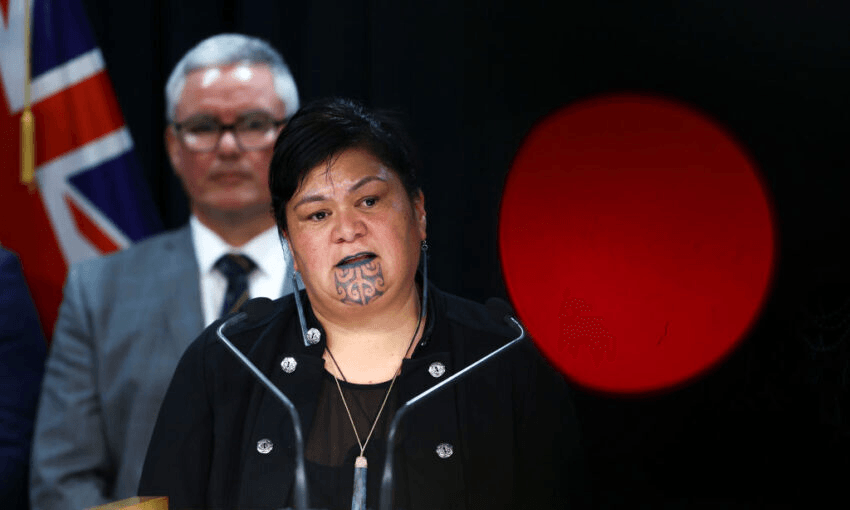 The appointment of Nanaia Mahuta as foreign minister should not have come as any surprise. There is no Labour MP with more ministerial experience. She’s been an MP since 1996, knows trade inside out and has honed her unrivalled diplomacy and negotiating skills over decades of work with iwi and hapū around the country.

That Mahuta’s appointment blindsided observers speaks volumes about the way we do foreign policy in Aotearoa. Foreign affairs is the domain of an elite crew of civil servants tasked with advancing New Zealand’s interests via the Ministry of Foreign Affairs and Trade on Lambton Quay and its high commissions and embassies from Apia to Yangon. A handful of insiders chip in with advice, but unlike many countries, New Zealand lacks a vibrant, active public conversation about our role in the world. There was virtually no consideration of foreign policy during the election, Labour’s manifesto had little to say and the media mostly ignored the topic completely.

So you can see why Nanaia Mahuta’s appointment stood out. It says something different, both to the people of New Zealand and to the world beyond these shores.

As a contribution towards deeper conversations on foreign affairs, here are some initiatives the new foreign minister might pursue. With a world-leading Covid-19 strategy, a mega-star prime minister and a stable government locked in for the next three years, our political capital as a country is as high as it’s ever been. Surely it must be time to spend some.

First the minister could look into the role of te Tiriti o Waitangi in our foreign policy. This should intersect with a Crown response to Matike Mai report on constitutional transformation – something Mahuta was working on in her previous role as minister for Māori affairs. Any just and forward looking administration of foreign affairs should flow from te Tiriti as the founding document of Aotearoa New Zealand. We have a long way to go on that front.

Linked to this, the minister could review our country’s foreign policy settings on self-determination and indigenous rights. This should include asking how free association is serving countries within the Realm of New Zealand. It should include solidarity with the people of Papua, something that has fallen shamefully by the wayside in New Zealand’s official diplomacy. Having worked on applying the UN Declaration on the Rights of Indigenous Peoples here at home, our foreign minister is well equipped to champion indigenous rights overseas.

On climate Mahuta could lend Aotearoa’s diplomatic support to our Pacific neighbours by breathing new life into an idea previously floated by countries in Te Moana-nui-a-Kiwa to develop an international treaty phasing out and banning fossil fuels. Such a treaty could draw inspiration from the 1987 Montreal Protocol that successfully eliminated substances that were depleting the ozone layer. New Zealand’s vigorous diplomacy to ban fossil fuel subsidies is a solid foundation for this initiative, which has growing international support.

Mahuta could take forward the proposal for Aotearoa to build up its capacity to help with conflict prevention efforts in our region and beyond. In 2018 when New Zealand Alternative proposed that the new Ardern-led government set up a “Conflict Prevention Unit”, the government duly noted the idea, but has not actively advanced it. With a new minister looking to do foreign affairs in a different way, a tangible initiative like this, drawing on tikanga Māori and te ao Māori perspectives to prevent and resolve conflict could be a productive workstream.

Nanaia Mahuta has said she intends to do things differently, telling media: “We have the capacity now as a small nation to drive out different types of solutions – much of that is invested in our indigenous perspective and how we have been able to do things different domestically and take that out into the international forum.” For anyone wishing to open up more public conversation about foreign affairs and our place in the world, these words are cause for great hope indeed.