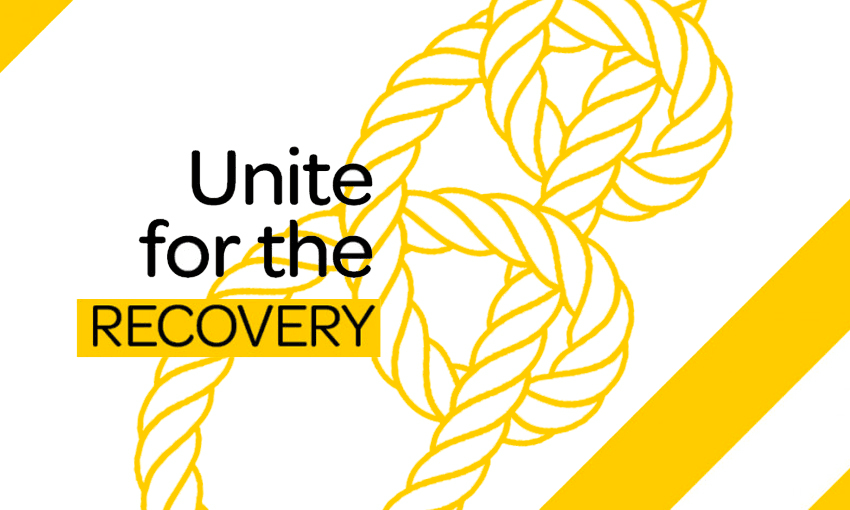 Disentangling the Unite for the Recovery ad campaign conundrum

The government says it’s providing an essential service as the country emerges from Covid-19; the opposition says it’s election propaganda in disguise. Which side is right about Unite for the Recovery?

Being the opposition to a first-term New Zealand government simply isn’t fair. Voters historically appear minded to give whoever is in charge the benefit of the doubt, seemingly thinking that they should get a decent run at the job before being ignominiously turfed out of it. It takes something pretty major – a black budget, losing Britain to the EEC, a popular PM’s death, etc – to break that pattern and change a government after just three years in office.

Being the opposition to a first-term New Zealand government that has just managed through a pandemic disease with what the vast majority (Chris Penk aside) believe to be great success is even more unfair. You find yourself less than 100 days out from election day and 30 points behind in the polls, scrambling to establish some sort of foothold in the political discourse.

Anything that reminds voters of the government’s Covid-19 record is then electoral kryptonite for you. Instead, you want voters looking forward, worrying about their economic future and asking themselves if the people who couldn’t deliver on Kiwibuild and Auckland light rail really should be trusted with it.

Which is why the ostensibly rather innocuous rebranding of the government’s “Unite against Covid-19” advertising into a “Unite for the Recovery” campaign has attracted such opposition ire. It’s not really the content of this campaign that is at issue. That is a pretty bland mix of the universally unobjectionable (“buy NZ stuff”; “take a local holiday”) and the informative (“here are links to government programmes that might help you”), rather than an out-and-out paean to St Jacinda our Saviour.

Instead, it’s the ongoing reminder, branded in the same colours and logo we’ve become accustomed to, that the government successfully steered “our team of five million” through this period that rankles. After all, how can opposition parties hope to move voters to imagine a better future when these constant visual reminders of the past dominate our shared public space?

So, do claims that the “Unite for the Recovery” ad campaign is unfair to the opposition mean that is wrong and should stop? Let’s look at that question first from a process perspective, then from a substantive one.

In terms of process, it’s hard to say that the spending is wrong, simply because there are so few rules governing how such advertising campaigns should take place. The Cabinet Manual, not law but still rule-like in its effect, simply says that: “Successive governments … have chosen to restrict their actions to some extent during [the three months before an election], in recognition of the fact that an election, and therefore potentially a change of government, is imminent.”

It then notes that “some otherwise unexceptionable government advertising has been considered inappropriate during the election campaign, due to the heightened risk of a perception that public funds are being used to finance publicity for party political purposes.”

However, the Cabinet Manual also directs readers to these Guidelines for Government Advertising, which expressly recognise that: “Governments may legitimately use public funds for advertising and publicity to explain their policies, and to inform the public of the government services available to them and of their rights and responsibilities.” And the Cabinet Manual also advises that the State Services Commission “is available to provide advice to the state services on the guidelines, particularly if conduct or integrity issues arise.” Jacinda Ardern claims that such advice has been sought and received to ensure the advertising was “right and proper”.

All of this means that, as the auditor general noted back in 2005: “Judgements about when and how restraints should be applied are matters for ministers and, ultimately, the prime minister.” Does the government, with the advice of the State Services Commission, think that the “Unite for the Recovery” message (and associated information) is so important as to justify any perceived unfair electoral benefit it may accrue?

Clearly it does (or, at least, claims it does). Which then throws the matter over to be judged on substance – is the government right in its assessment of the need for a “Unite for the Recovery” ad campaign?

We might note that even John Armstrong’s extremely critical take on the matter accepts that “given the No 1 priority now facing the country is the tackling of the scourge of unemployment and the resulting slashing of incomes in many households, it is essential that people are aware of benefit entitlements, training and apprenticeship opportunities, the mortgage repayment deferral scheme, protection from sudden rent increases, and so forth.”

Because let’s consider the counter-factual, where the government tells the public “now we’ve pretty much got the disease licked and there’s an election coming up, Kiwi businesses will have to market themselves and you’ll have to poke around on the various government websites to find out for yourself what help is available. Good luck, and see you all in three months!”

That approach would undoubtedly be “fairer” for the opposition. It would also, I suspect, result in a torrent of criticism for the government not standing by business and industry, as well as leaving people confused about what aid they can get in these most unusual of times. To say nothing of the media’s ire, who must be clinging to these scraps of government advertising revenue like a small-town mayor to their town’s colonial name.

So, would doing “the right thing” by the opposition be the right thing for the government to do – both in a narrow partisan sense, and in a more general, benefiting the country sense? Noting that we’re not exactly in normal times, but facing the largest economic (and associated social) shock of our lifetime thus far? I’m really not sure that this question has a clear, irrefutable answer.

Well, is there then a better way forward, that doesn’t end up leaving matters in the eye of the political beholder? In its 2005 report on government advertising, the office of the auditor general pointed longingly to the UK “purdah” model, where much more stringent constraints on governmental activity apply during the pre-election period. In particular, the expectation is that upon an election being called, “new advertising campaigns will in general be postponed and running campaigns closed”.

That sort of bright(er) line rule has its obvious attractions. But there are some points to note about the UK model. For one thing, their pre-election period only lasts for a little over a month (as opposed to three months here in New Zealand). They also (usually, in non-Brexit times) hold general elections less frequently than we do. So, the impact of a stricter purdah approach on the ongoing functioning of government is lessened accordingly.

And then there’s the obvious point that the “Unite for the Recovery” campaign isn’t normal government advertising. Do we actually want to have rules in place that prevent, even if in a soft way, governments from being able to respond to these sorts of largely unprecedented situations? Or, is it better to leave them free to act as they best see fit – having then to answer any resultant charges of partisan behaviour? But, how can they be made to “answer charges” if their actions skew the electoral field to their advantage?

All of which makes the question of what to call The Cook look simple by comparison. Ōtepoti hou, anyone?