Last night Spinoff cartoonist Toby Morris sat down in the office with a ipad, two slices of pizza and a brief to provide live-ish election night coverage via the medium of drawing. Here’s how that went. In the lead up to finally finding out some results, the big story was how many New Zealanders had voted early. I’ve traditionally always waited till the big day, but sometimes traditions suck: This time I couldn’t wait to get this election over and done with and it turns out other New Zealanders agreed. Once results started rolling in, it was clear from the very beginning that National were in for a brutal night. Nikki Kaye on the TVNZ coverage was doing her best to put on a brave face (for hours and hours and hours it turned out) but the eyes don’t lie. The look on her face was devastating. Meanwhile, down at the viaduct, Act were riding high. David “no publicity stunt too cheesy” Seymour arrived by boat, rushing inside to say “Hi, hi, hi” to his nine new workmates. By about eight o’clock it seemed like Jacinda Ardern must have started writing her victory speech. The only question is whether she’d feel like the massive landslide and the lack of handbrakes would give her the mandate to lead us into brave new territory, or whether having even the most traditionally true blue National electorates turn towards her would encourage her to play it safe and centrist. In the closing stages of the campaign the party’s main message morphed subtly from “Let’s Keep Moving” into “strong and stable government”. So did we all just vote for change, or stability? By 8.30pm, some of the magnitude of the fallout was starting to become clear. Peters out! Advance NZ nowhere near anybody or anything (that was wasn’t a surprise, but was satisfying)! Brownlee on the ropes! A few hours into election night coverage, we start to hit a sweet spot between the urgent rush of the immediate headlines early on and the big concession or victory speeches later in the night, where we start to check in on some of the other storylines and specific electorates. Keiran McAnulty’s celebration party in Wairarapa was a bloody delight, and to see his magnificent ute get a good shout out just about stole the whole show. A deeply Kiwi moment in the best possible way. Staying on McAnulty’s party (look, I enjoyed it, OK?) this guy hanging out over his shoulder on live TV was a classic too. I initially thought I’d try to draw a few random punters in the background at the celebrations, but I ran out of time. It’s one of my favourite parts of election night and a true glimpse into the real people who get roped into going to these things. Big shout outs, for example, for the background young Nats still trying getting on it at the bleakest party on earth. 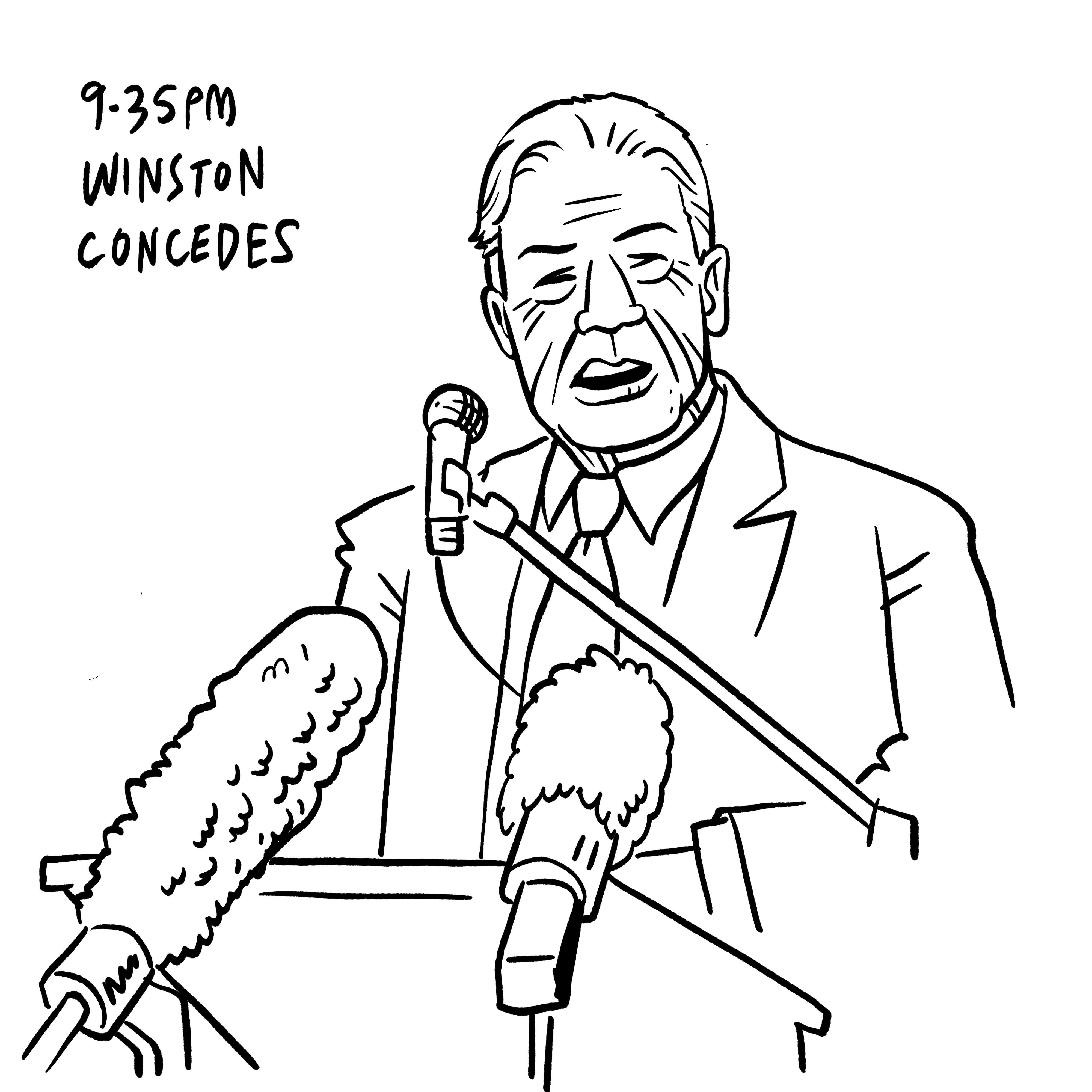 There’s no shortage of examples of why this year is crazy, but I think a clear one is how little fuss has been made about Winston Peters getting quietly swept out the back door. The guy has been making NZ Politics headlines since the 70s, but when the end came (if this is the end, but it sure seems like it) it came quickly and quietly. This semi-concession speech was classic Winston – slightly vague, slightly menacing, couple of jokes – but in the end, given every else going on, it all felt slightly anticlimactic. 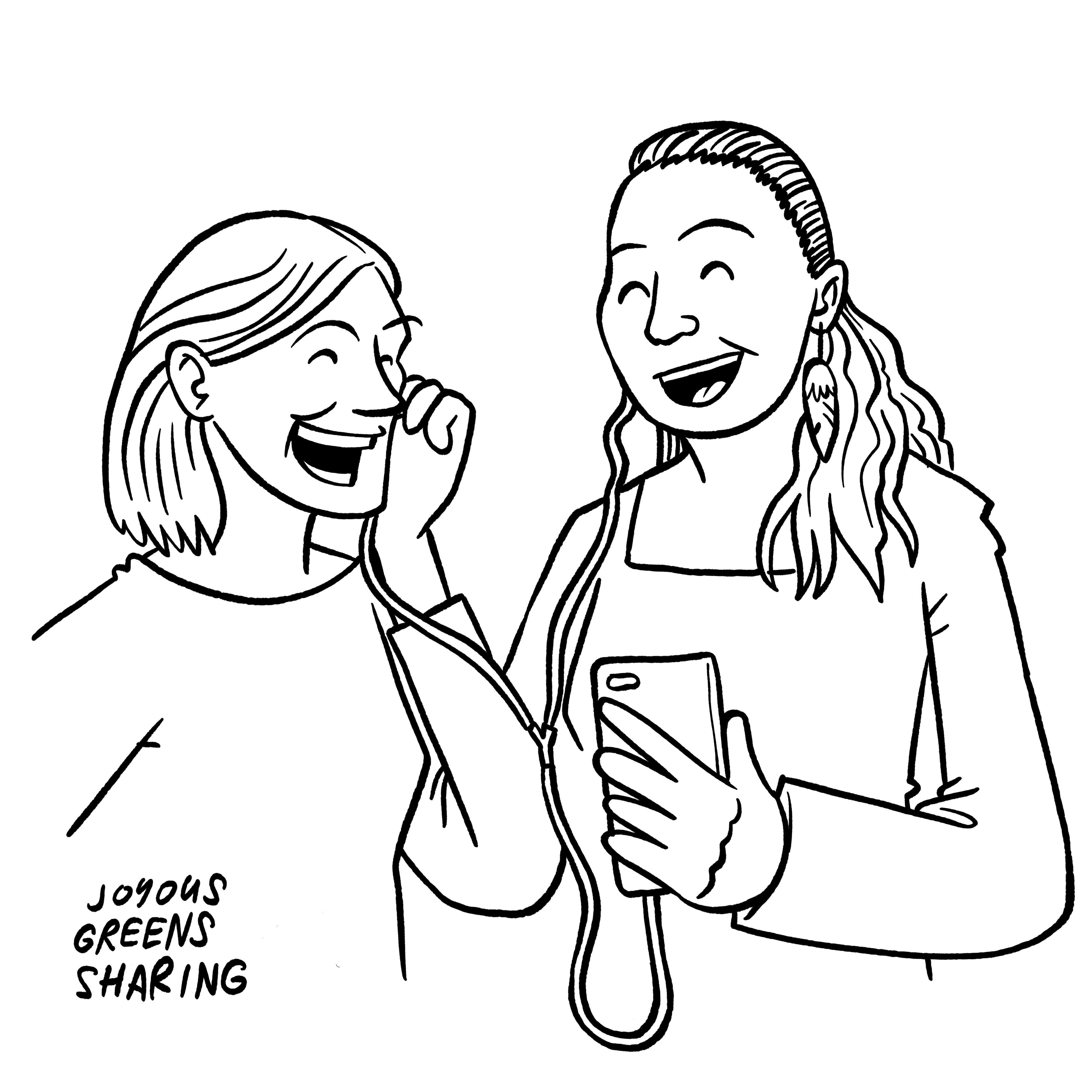 The Greens on the other hand were jubilant and understandably so. There was something perfectly Green Party about Swarbrick and Davidson sharing a pair of earphones to hear over the roar of their fired up crowd. Efficient use of resources! The people love it! 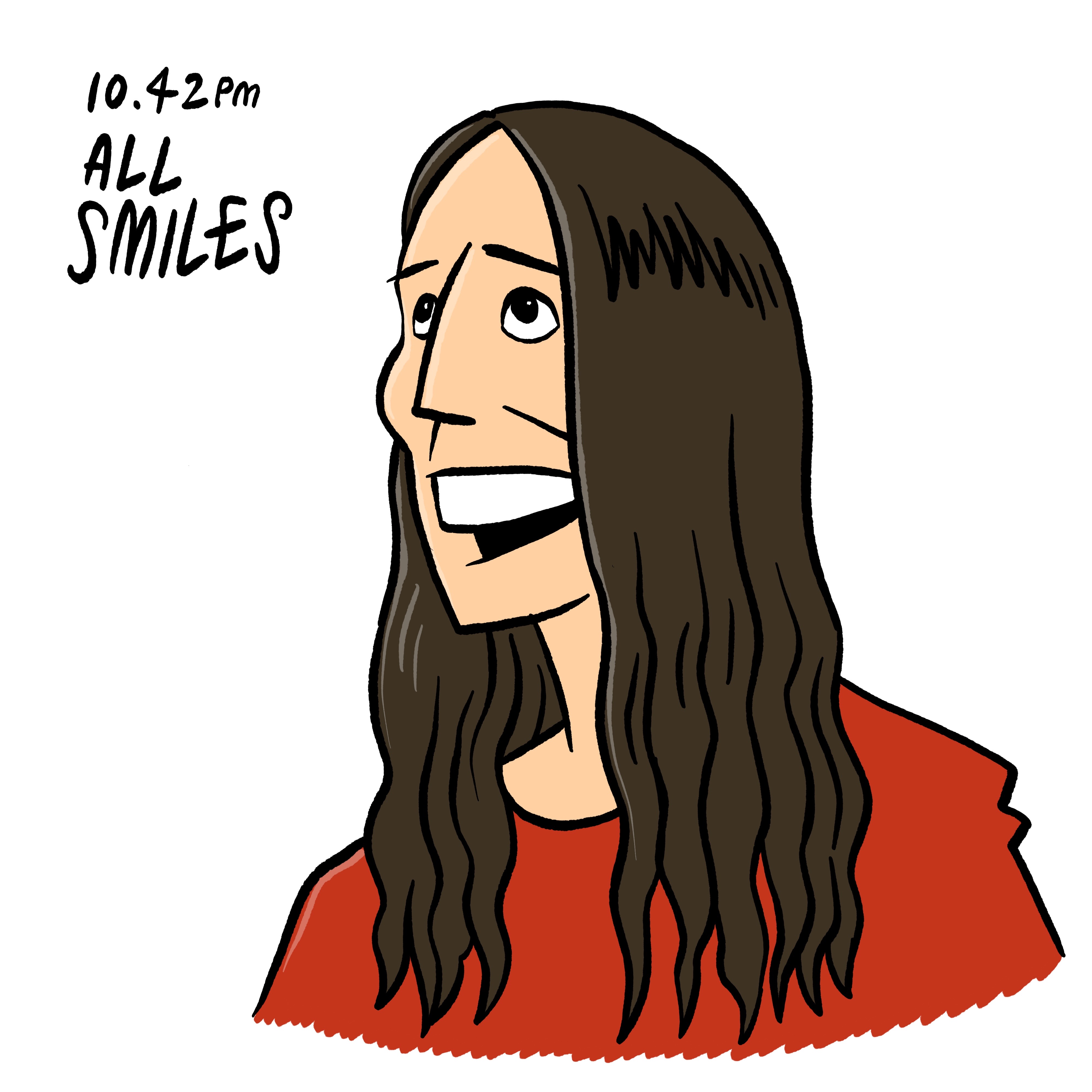 By 10.30pm Prime Minister Ardern had made her way to the Auckland Town Hall to give her victory speech. The very fact they held their election night party there (and not, for example, at a yacht club) suggests Labour knew that victory was all but assured, but even still they all seemed genuinely blown away by the scale and breadth of the utter smashing (seriously, they won the party vote in every single South Island electorate). Ardern’s public presence this campaign has often come across as serious and pensive, but she couldn’t hide the smile last night. A historic win.

Flick is proud to sponsor the Spinoff’s Politics section and Policy – the easy and smart way to make an informed vote.

Review: WandaVision is the first artistic triumph of the Marvel Cinematic Universe