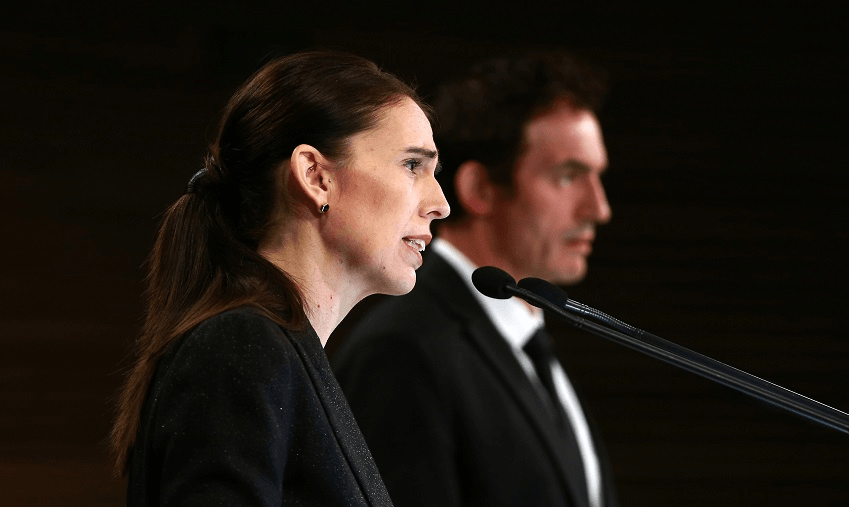 The government’s language so far is imprecise and it must word its ban carefully to stand up against a ferocious lobby from pro-gun groups.

New Zealand lawmakers will need to write the law banning semi-automatic weapons so that it can’t be defeated, a gun safety expert says.

In the wake of the Christchurch shootings the government has banned all military style semi-automatic and assault rifles with immediate effect.

“On 15 March our history changed forever. Now our laws will too,” Prime Minister Jacinda Ardern said.

“Cabinet agreed to overhaul the law when it met on Monday, 72 hours after the horrific terrorism act in Christchurch. Now, six days after this attack, we are announcing a ban on all military style semi-automatics (MSSA) and assault rifles in New Zealand,” she said.

The legislation was currently being drafted and the aim was to pass it into law by April 11, the prime minister said.

But the language used in today’s statement was imprecise, and the Labour government would need to define the weapons it intends to ban carefully to beat what would be a determined effort by the pro-gun lobby to water the regulations down, he warned.

For example, there is no such thing as an assault rifle, he said.

“It’s going to rely on how these different models of firearms are defined in the legislation and there will be ferocious fights over each model, one by one,” he said.

“As soon as they know what the rules are, gun manufacturers will change the shape of their parts so that they just squeak through, and there will be a concerted effort by the arms industry to defeat the intent of the legislation.

“The Australians had a very simple definition which nobody can argue with, and that is ‘centrefire semi-automatic shotguns and rifles’.

“If New Zealand has banned all centrefire semi-automatics, shotguns and rifles, then they have got up to the Australian level. And that’s what would have ensured that the guns (the attacker) used on Friday would not be available,” Alpers said.

The government has announced a $100 million-plus buy-back scheme to take the banned weapons out of circulation, and an amnesty for owners to hand in weapons regardless of whether they were licensed to hold them.

It is also banning related parts and high capacity magazines which can be used to turn semi-automatic weapons into MSSAs, Ardern said.

“I strongly believe that the vast majority of legitimate gun owners in New Zealand will understand that these moves are in the national interest, and will take these changes in their stride.

“When Australia undertook similar reforms, their approach was to allow for exemptions for farmers upon application, including for pest control and animal welfare. We have taken similar action to identify the weapons legitimately required in those areas, and preclude them.

“Legislation to give effect to the ban will be introduced when Parliament sits in the first week of April. We will provide a short, sharp Select Committee process for feedback on the technical aspects of the changes. We are looking to progress the amendments to this legislation under urgency and expect these amendments to the Arms Act to be passed within the next session of Parliament,” Ardern said.

Police Minister Stuart Nash said the Bill would include narrow exemptions for legitimate business use, which would include professional pest control. Police and the Defence Force would also have exemptions. Issues like access for mainstream international sporting competitions were being worked through.

“We have also acknowledged that some guns serve legitimate purposes in our farming communities, and have therefore set out exemptions for 0.22 calibre rifles and shotguns commonly used for duck hunting. These will have limitations around their capacity.”

Until the ban becomes law the government has taken action to restrict the potential for stockpiling and encourage people to surrender their firearms.

Earlier this afternoon an Order in Council was passed by the Governor-General to reclassify a wider range of semi-automatic weapons. It came into effect at 3pm today.

It means all of the weapons being banned are now categorised as weapons requiring an E endorsement on a firearms licence.

“I can assure people there is no point in applying for such a permit,” Ardern said.

The measures announced today were the first step in the government’s response to the Christchurch terror attack. There were a range of other amendments it believes need to be made, including gun registration, she said.

“We will continue to develop stronger and more effective licensing rules, storage requirements and penalties for not complying with gun regulations. It is the government’s intention that these amendments will go through the full legislative process.”

Federated Farmers has backed the ban of MSSAs and semi-automatic weapons.

“This will not be popular among some of our members but after a week of intense debate and careful consideration by our elected representatives and staff, we believe this is the only practicable solution,” rural security spokesperson Miles Anderson said.

“We are trying to tread a responsible path. The wrong guns can’t be allowed to get into the wrong hands.

“Christchurch, Friday March 15 has changed everything.”

“Our message to our members is to remember that at least this way, responsible gun owners are going to be recognised for being law-abiding, safety conscious and skilled,” he said.

“We agree that the public doesn’t need access to military style semi-automatic weapons. National supports them being banned along with assault rifles.

“We also support the government’s proposals to limit the access to other high powered semi-automatic weapons and ammunition.”

ACT leader David Seymour said the rushed process was denying the public the chance to have their say.

“It is enormously disappointing that we are responding to a terrorist attack by abandoning our democratic processes.

“Trying to pass a law in less than three weeks is a recipe for bad lawmaking.”