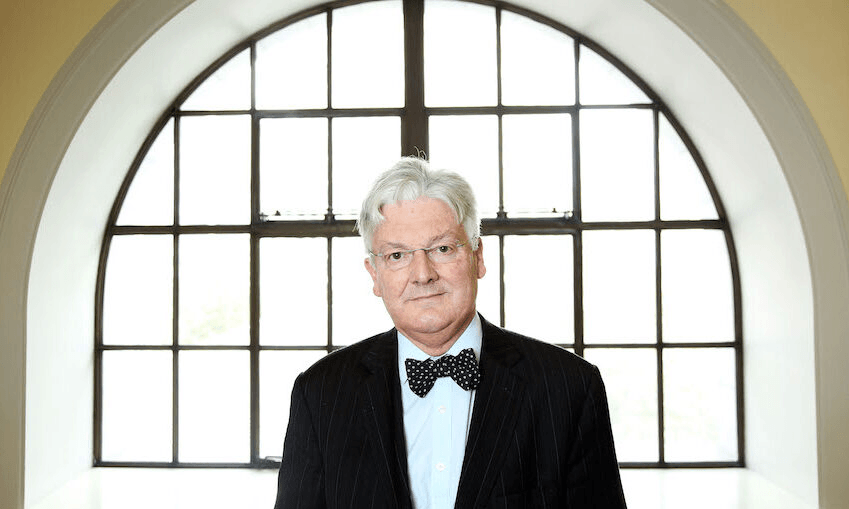 Peter Dunne at Parliament in 2014.

Peter Dunne at Parliament in 2014.

He leaves office largely unloved, but MP Peter Dunne did more than most New Zealanders realise. Russell Brown goes in to bat for the undercover drug reformer.

I have spent a surprising amount of time in the past few years defending Peter Dunne. And given that the lightning response to the news of his retirement from politics has been largely one of celebration with a dusting of puns on his name, I guess I’m doing it one more time.

Dunne can be hard to like: he often appears pompous and put-upon in public, never more so than in 2015 when he complained in an RNZ interview about the “emotional nonsense” on offer from medical cannabis campaigners. It was rightly taken as a swipe at a dying Helen Kelly and her supporters.

And yet he leaves politics having made his party-of-one’s policy the most radical reform of drug law any Parliamentarian has ever proposed: a Portugal-style decriminalisation of all drugs and a pathway to the legalised, regulated sale of cannabis. Had he remained in Parliament after next month’s election, he would have been a key player in the long-overdue review of the Misuse of Drugs Act.

So why was an unabashed reformer so widely perceived as an intransigent prohibitionist? Why did he perennially draw fire that would have been better directed at others – including the present Prime Minister and his predecessor? Firstly, because for many years he was that prohibitionist. In 2002, his party’s sole demand in exchange for its support of the Clark Labour government was that there be no change in the legal status of cannabis. If reform was ever going to happen, it would have been in that term of that government.

When I interviewed him last year, Dunne insisted that he had never been a prohibitionist, and that the bottom line had been (I paraphrase only very slightly here) simply a sop to the idiots in the caucus of what was at the time the United Future New Zealand Party. The likes of Pauline Gardiner wanted to make the law more draconian, so he decided the path of least harm was to ensure there was no change either way.

It wasn’t terribly convincing – and Dunne does have a habit of reinterpreting history. When a terrifying spate of synthetic cannabis-related deaths made news last month, he declared that this was exactly what he’d told us would happen after the Psychoactive Substances Act suffered its disabling amendment in 2014. Well, no – he had actually made a virtue of an amendment he’d been forced into, and repeatedly assured everyone that the blanket ban on synthetics would do away with the scourge and that any drugs in circulation had been stockpiled from the period of legal sale and would soon run out.

The Psychoactive Substances Act was a defining moment for Dunne in several ways. Many people still believe that Dunne legalised synthetics (they’d been legal for years before, Dunne just briefly gave up trying to ban them) and even that it was a corrupt attempt to aid his son James, who represented the legal high industry (it wasn’t, although the younger Dunne’s legal advocacy had an impact on the shape of the bill).

The act passed in 2013 with but a single vote against, that of John Banks. It looked like a bold attempt to deal with a flood of new psychoactive substances that was defying the efforts of governments all over the world. When the new regime foundered for a range of reasons – from poor execution by the Ministry of Health to the fact that probably no one should take synthetic cannabinoids, ever – that near-unanimous support disappeared and took a lot of Dunne’s political capital with it.

From then on, almost everything he did was governed by political caution. He needed the cover of being able to cite official advice, and the official advice on medical cannabis in particular was reliably conservative.

And yet, Dunne has clung to the act as his primary means of interpreting reform. He cited it as New Zealand’s model when he spoke at the United Nations last year (I was with British and American reform advocates when he delivered the speech and they were amazed and impressed at a government minister talking about regulation). It’s the means by which the United Future policy proposes legalising cannabis.

In that speech, Dunne called for the addition a fourth pillar to drug policy: “the pillar of boldness”. He has only fitfully shown that boldness. But he has kept the door open to reformers. And more importantly, like Jim Anderton before him, he has allowed his mind to be changed by evidence. Anderton went from an opponent of needle exchanges to championing them. Dunne has gone from rejecting cannabis law reform to being – outside the Greens – the most reliable vote in Parliament in its favour.

Dunne also took a sensible view on drug harm reduction. He has a good relationship with Wellington ED doctor Paul Quigley (who would legalise MDMA if he had his way) and he has readily accepted the evidence in favour of festival drug-checking, going to far as to publicly urge police not to prosecute the testers.

But his big achievement, and one of which he can be justly proud, is the National Drug Policy. It’s a modern, progressive document which strongly prioritises drug use and abuse as a health issue, rather than a criminal justice matter. It is guiding practice in the health sector in a laudable way. The thing it doesn’t do – because it can’t – is propose reform of the criminal law.

It was the work of an associate Health minister with a genuine interest in policy. We actually got a look at how the portfolio might have looked without him in 2013, when he was ordered by John Key to resign his portfolios after refusing to turn over emails to journalist Andrea Vance to an inquiry. Todd McLay stepped in. McLay, as his response to TOP’s cannabis policy this year demonstrated, is not at all interested in the evidence.

Dunne was the Parliamentary host of last month’s Drug Law Symposium. He spoke at the symposium’s beginning and end – and before his closing words, he spent some time sitting quietly in the audience listening to the other speakers. The minister did actually listen.

In the end, you could say that in his Health role, Peter Dunne did both less than he could have – and far more than many people think.