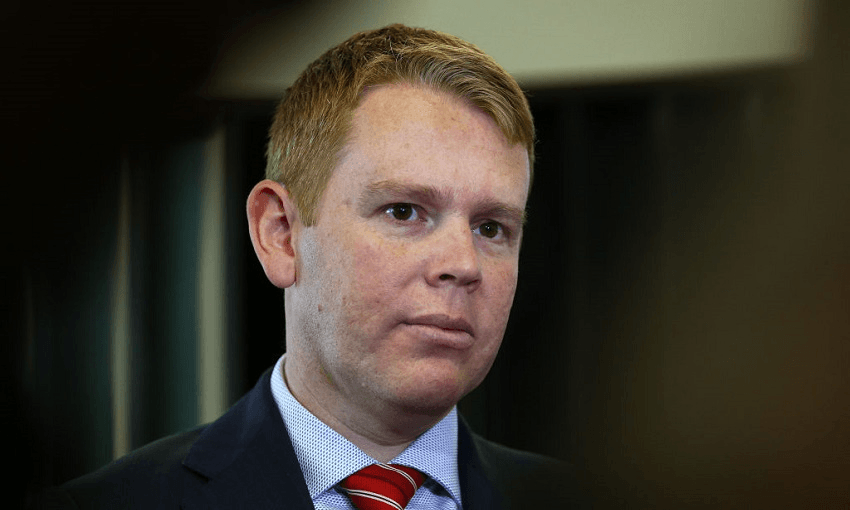 The education minister’s claim that all learners are supported in state schools is so clearly untrue that it makes me despair, argues Jai Breitnauer.

In late 2017, I interviewed incoming education minister Chris Hipkins about NZ’s human rights abuses against SEN (special educational needs) children in schools for an article in North and South. It was just a few weeks after the new coalition government had been formed, and Hipkins was calm and reassuring. Yes, he said, years of neglect under the National government was a problem for education. He agreed there were issues with the way diverse learners, particularly those with neurodiversity, were – or were not – catered for. He knew lots of equity issues needed to be addressed and the new government would gather data and act appropriately.

I feel lied to.

I’m not going to sugar coat it. I’m a Labour supporter, a dyed-in-the-wool leftie who believes in the Ardern administration. But when it comes to education, Hipkins has let us down. In 2021, four years after I spoke to him, the education system in New Zealand is in a worse state for diverse learners than ever before. Not only has nothing tangibly changed in terms of funding and supports, but the introduction of the 600 learning support coordinator roles has diverted both funds and effort away from the real issue: kids failing to be given essential hands-on help in mainstream classrooms. What is the point of having a staff member dedicated to identifying needs, if there is no money, training or executive willpower to support those needs appropriately?

I’ve written extensively about how our autistic son, who is also ADHD, has an anxiety disorder, and has been diagnosed with other complex learning needs like dyslexia, was not able to access the school system in NZ. I’ve also been honest about how I feel we are now in education exile in the UK. For all the really shitty things happening here on Tory Plague Island, at least my son now has appropriate support at a school that is confident and able to meet his needs. At his last of three schools in New Zealand his anxiety was so high he used to hide in the art room and throw supplies at the teacher. Recently, his current school told us how impressive his chemistry skills are, and how they expect him to rock his science GCSE (NECA L1).

I feel like our experience is a testament to how, when adequately supported, all children are able to grow, learn and feel belonging. I’m still gobsmacked we had to move hemispheres to get it. And adding utter insult to injury is Hipkins’ recent claim that all New Zealand learners are catered for in mainstream state education – specifically, that “there are available supports for all learners in existing state schools”. That’s so clearly untrue that I hardly know where to begin. His ‘nothing to see here’ attitude is damaging a generation of children who have not received the right support – and who will join the previous generations who were failed under National. I don’t want that to be Hipkins’ legacy on education, and I’m pretty sure that wasn’t what he was aiming for either.

For an example of the real-world damage this attitude is causing, take the case of Jo Martin, the Auckland mother who was “topping up” (to the tune of $10k a year) the funding for her son’s teaching assistant. Without 1:1 learning support he simply could not attend primary school. His family had been excited about him accessing more specialised supports through Mt Hobson Middle School – but because Hipkins refuses to accept that type of learning environment is necessary for some students, that door may now be closed to them. When Martin wrote to Hipkins to complain about his apparent lack of knowledge on the sector, the response was to be told she could no longer pay for her son’s teacher aide in a state setting. Yes, that’s right, instead of acknowledging a genuine concern from a parent of a struggling child, the education ministry took steps that screwed the family over even more.

Helen Hurst, the ministry’s deputy secretary for sector enablement and support, said it had taken action because it is unlawful under the Education and Training Act for state schools to charge for a child’s education. But isn’t it also unlawful for children to be refused access to education? Between 2017 and 2019 my son went to school for less than 30% of the time he was legally entitled to. This wasn’t our choice, and it certainly wasn’t his choice – he has never been a school refuser, and has needed intensive therapy to help him overcome his emotional response to that perceived rejection. No, he couldn’t access school full time because the ministry refused the essential, additional funding needed to keep him safe and engaged on site. Without those additional supports in place, the school felt it was too much of a risk to have him there.

We were told we could not pay for a teaching assistant privately, for the same reasons as Martin. This meant I couldn’t hold down a job, plunging us into financial crisis while at the same time we paid over $400 a week in private therapy, tutoring and other 1:1 activities to occupy his time while he should have been at school. The ministry wants to have its cake and eat it. It’s quite happy to deny children the right to an education when it suits them, but is quick to shut down activities outside its scope that actually support children with special educational needs. That is pretty sick, and it really needs to stop, now.

Just to make it clear, I’m not saying that the ministry need to make exceptions for families that can afford to pay a teacher aide, or that Mt Hobson Middle School is special and should be protected. What I am saying is that the current education system, and the current minister, are failing neuro and physically diverse kids by not providing for them. Claiming mainstream school is available to everyone is not enough. The minister needs to do something to actually make that a reality. Parents are exhausted, children are losing out and the government are ignoring this urgent and acute problem.

Let’s not let another cohort of New Zealand kids fall by the wayside. Education needs to be properly and immediately funded. And Chris Hipkins needs to open his eyes and act.