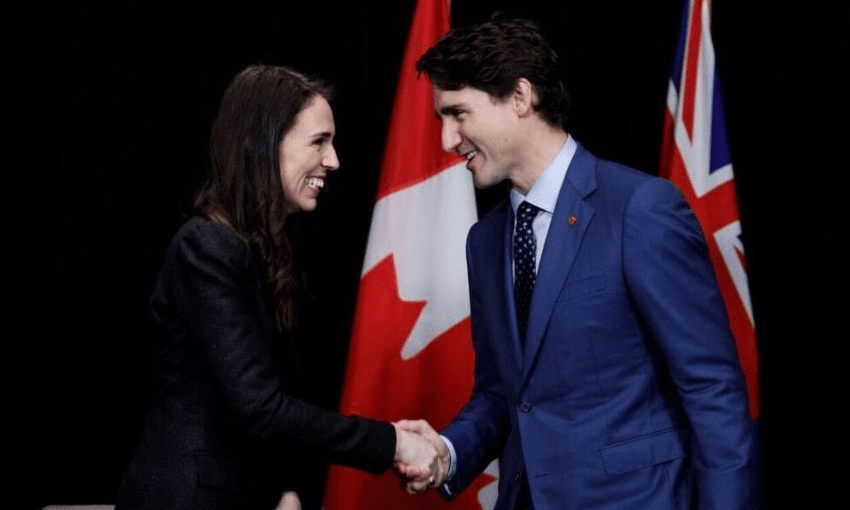 The revamped deal is now on track for sign-off in early March, and it deserves support by progressives and conservatives alike, argues Stephen Jacobi of the NZ International Business Forum.

Good things come in small bundles. And occasionally in large ones, even with a mouthful of a name – the Comprehensive and Progressive Agreement for Trans Pacific Partnership (CPTPP), now concluded in Tokyo, brings together 11 economies with a combined GDP of US$10 trillion or 13.5% of world GDP. That’s big by any standards, but what this breakthrough shows is that it is still possible to achieve trade liberalisation – even without the United States. What’s more, it shows that the notion of progressive trade policy increasingly has currency. Safely delivered in Tokyo is an agreement which is now referred for signing in Chile on 8 March.

How did the Tokyo agreement come about?

Last November at the APEC meeting in DaNang the 11 remaining members agreed – with some last-minute theatrics on the part of Canada – on a deal to suspend certain provisions in the earlier TPP and to continue work on four other outstanding areas. This work has now been completed. Canada appears to have got over its reservations which were doubtless driven largely by the shadow of other important negotiations with the US and Mexico over the future of the North American Free Trade Agreement (Nafta). Other participants have concluded that even without the United States, CPTPP is worth completing. With regard to those four outstanding areas, two of them have been added to the list of 20 other items suspended from the former TPP and two have been settled by side-agreement. None of the four impacts on New Zealand interests.

What has changed for New Zealand?

Importantly, from New Zealand’s perspective, the integrity of the market access deal – the conditions under which our products will enter TPP markets – has been preserved, especially with regard to Japan, but the rough edges of the former agreement have been shaved off. The latter include highly contested (if, for New Zealand, relatively benign) intellectual property provisions and aspects of the infamous investor state dispute settlement (ISDS). ISDS remains in CPTPP (not entirely to the satisfaction of the Labour-led government) but its application has been further restricted (the chapter and verse on this can be read on the MFAT website here). New Zealand had very little to do to implement the former TPP and will have even less with CPTPP. The safeguards built into the original agreement which protect New Zealand’s right to regulate in areas like the environment and public health are all preserved. The Treaty of Waitangi remains fully protected.

How progressive is it anyway?

The Labour-led government can rightly point to a number of progressive elements in CPTPP beyond the new name. The more contentious elements of TPP applying to intellectual property have been suspended. The agreement is one of the most forward-looking in history in terms of enshrining environment and labour provisions which will be subject to enforcement. There are new provisions to give a helping hand to small and medium sized businesses. The scope of ISDS has been restricted. The government is committed to the development of a new progressive and inclusive trade agenda and CPTPP marks a start along this path.

What’s in it for New Zealand?

The real benefit to New Zealand comes from the improvements in market access in Japan, as well as Canada, Mexico and Peru, all being economies where we do not have free trade agreements, as well as improvements to trade rules more generally. In Japan, New Zealand’s market position has been eroded as a result of our competitors, especially Australia, Chile and the EU, having better market access than us. The playing field will be levelled progressively on entry into force. Beyond this, TPP was always seen as a pathway to a broader Free Trade Area of the Asia Pacific (FTAAP) and CPTPP should perform the same role. Expect to see other economies expressing interest in joining this new arrangement.

The new agreement will need to go through the ratification process in all 11 members: it will enter into force when six of the 11 members have completed the necessary domestic ratification steps. In New Zealand’s case, a new ratification process will be required including a national interest analysis, a Treaty examination by parliament and the passage of implementing legislation. Because CPTPP adopts or suspends the former TPP there is a wealth of information about CPTPP now published – we hope to see the final elements of text published as soon as translation is complete. We can expect some robust debate in months to come – and we welcome the chance to explain how this agreement will benefit New Zealanders.

Despite its long and difficult gestation, CPTPP has been birthed at this point precisely because of the elements which made it a good idea in the first place. Trade creates jobs. It and trade depends on access to markets and rules under which trade is carried out. New Zealand’s economic future depends on our ability to trade internationally as well as the environment we create for business here in New Zealand. CPTPP deserves support by progressives and conservatives alike. Let’s hope they all agree that it’s a beautiful baby.