While the two prime ministers were quick to dismiss any suggestion of a divide over China, they’re as far apart as ever when it comes to the treatment of so-called 501 deportees, reports Justin Giovannetti from Queenstown.

New Zealand and Australia remain united on an “Anzac path” with no differences in how the two countries deal with China, Jacinda Ardern and Scott Morrison said today at the end of in-person talks between the prime ministers.

The declaration from a shared stage in Queenstown follows weeks of increasingly vocal allegations in Australian media that New Zealand has gone “soft” on China. Instead, Morrison warned China and other outside influences attempting to create a trans-Tasman rift that they’ll fail.

“There would be those far from here who would seek to divide us and they will not succeed, because we stand resolutely together for the values and principles that Australians and New Zealanders have stood for and indeed fought for,” said Morrison.

The Australian prime minister added that from the “beaches of Gallipoli to Covid” the two countries are united. The two began the day with a wreath-laying ceremony at the war memorial in nearby Arrowtown. The leaders ended their meeting by releasing a 51 point joint statement covering a swath of the relationship between the two countries.

While the prime ministers highlighted their agreement on climate change, distributing the Covid-19 vaccine and binding the Tasman economies closer together, the conversation swiftly returned to the security situation in the Pacific. And that means dealing with an increasingly assertive China.

Australia and China have fought a trade war, and a war of words, over the past year that has seen the Asian superpower place heavy tariffs on a number of Australian exports. Much of the trade punishment has followed Australian criticism of China’s crackdown on democracy in Hong Kong, militarisation of the South China Sea and severe human rights abuses in the province of Xinjiang.

New Zealand has issued protests on the same issues, but has generally done so in a more restrained way and not suffered trade retaliation from China. Aotearoa’s criticism has also largely came from officials and not from politicians speaking to the media; in contrast, Morrison had to play down the risk of military conflict with China today, contradicting his own defence minister.

When asked by an Australian reporter why New Zealand is “cosying up” to China, Ardern rejected that was happening. She asked the reporter to provide any examples of where New Zealand has differed from Australia on the China issue. The line of questioning would be familiar to Australians who tuned into the current affairs show 60 Minutes on Sunday night. 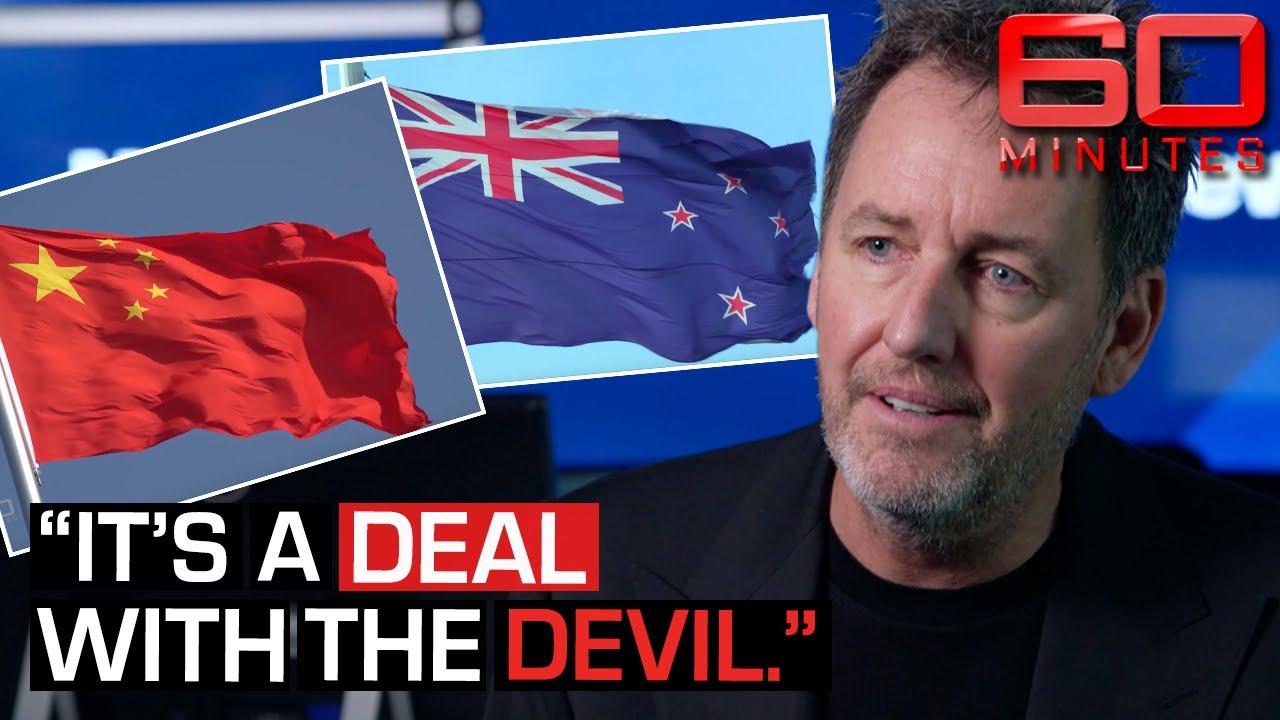 The programme claimed that New Zealand is “putting dollars before decency” in its relationship with China and is leaving Australia behind. It stated that Australia was being punished for standing up for human rights while Wellington has largely stayed quiet, contrasting an Australian winemaker who has lost access to the lucrative Chinese market with an Auckland-based one cheering on the “softly softly” approach.

An Australian foreign policy expert concluded on the programme that New Zealand hasn’t thought through its strategy on China. The Spinoff has previously written about how the country’s relationship with China has been decades in the making.

The broadcast concluded that New Zealand’s economy was “soaring” from its bargain with China while Australia’s was struggling from “storming the high ground”. However Morrison today told reporters there was no real policy difference between the two countries. Ardern agreed.

“At no point in our discussions today did I detect any difference in our relative positions on the importance of maintaining a very strong and principled perspective on issues around trade and on issues around human rights,” she said when asked about New Zealand’s position on China.

New Zealand has declined to sign three statements from the Five Eyes intelligence alliance condemning China. However, in two of this occasions it released a joint statement with Australia instead.

While New Zealand’s foreign minister Nanaia Mahuta has expressed concern with the Five Eyes’ recent number of statements, saying they go beyond the remit of what’s supposed to be an intelligence-sharing platform, Ardern said the country won’t leave the alliance.

“We remain a committed member, that is not in question and not in doubt,” she said.

One area of disagreement between the countries that saw little movement was over Australia’s continued deportation of 501s to New Zealand. Ardern said the policy, under which Australia deports criminals who hold foreign passports – even if they’ve spent their entire adult lives in the country – means “Australian criminals” are being sent to New Zealand.

Morrison said the policy, which is raised every time the two countries meet, applies to all countries and not just New Zealand.

“Prime minister Morrison is in no doubt on my views on these matters,” said Ardern, concluding her remarks. “And likewise,” said Morrison, with a bit of a shrug.