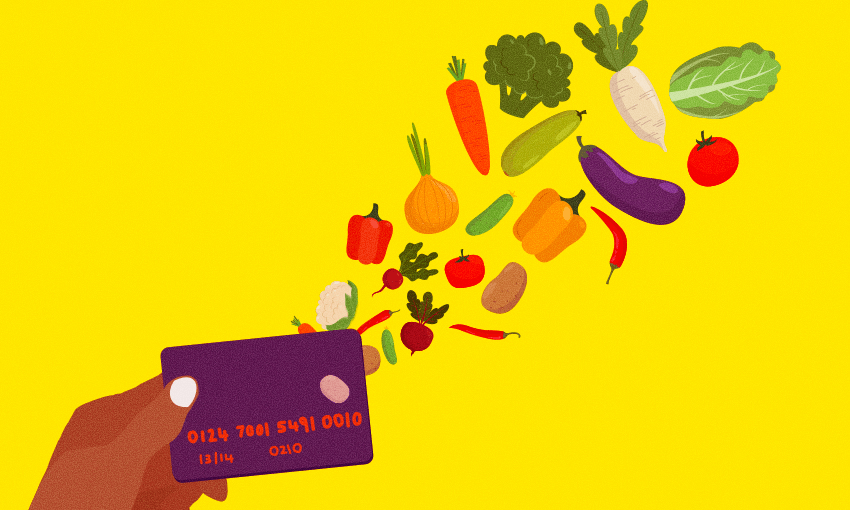 Moving away from unsustainable and unhealthy diets is a key tool in the fight against climate change, but new University of Auckland research shows that in New Zealand, it’ll cost you.

“What are the big-ticket items for protecting our environment?” It’s a question we often come across, and one answer is to focus on food. Transforming our food system to help people transition to sustainable and healthy diets is a no-brainer for the climate and our health.

We already know that cost is a barrier to eating more healthily. So we recently published a study asking whether this is the same for diets that are sustainable as well as healthy, and how does the cost compare to how we are currently eating and the present dietary guidelines?

To start off, why the focus on food in Aotearoa?

The latest figures from the Ministry for the Environment show our food system accounting for nearly half of our emissions and most of this (43%) coming from the farming of ruminant animals (cows, sheep etc).

Alongside this impact on our climate, poor diets were the second-highest risk factor contributing to health loss in 2017. We also know that these health and environment impacts of our food system are disproportionately felt by different groups such as tangata whenua, Pacific peoples, and people with disabilities.

So we know that a transition to more sustainable and healthy diets is needed – especially given our commitments under Te Tiriti o Waitangi, the Paris Agreement and the Zero Carbon Bill.

What is a sustainable and healthy diet?

For our study we referred to a sustainable and healthy diet based on the “planetary diet” as developed by the EAT-Lancet Commission.

It consists of plant-based foods with some meat and dairy, and compared to how we are currently eating it has more vegetables, wholegrains and plant-based protein sources such as beans. It was designed as a guide for how populations around the world can protect and sustain the environment and promote health. In our study we included the planetary diet in two of the four diets that were modelled (flexitarian and vegan).

What did we find?

In our modelling study we looked at the cost and greenhouse gas emissions for a family of four over a fortnight across four diet scenarios: current, healthy, flexitarian and vegan.

This is the first study to model the cost and greenhouse gas emissions of the planetary diet in Aotearoa, and to do this iteratively – meaning we were able to produce a range of diets that meet our constraints rather than just one.

The current scenario was modelled based on our most recent national nutrition survey, and the healthy scenario on the present eating and activity guidelines. We found that transitioning from unsustainable and unhealthy diets (current) to more sustainable and healthy diets (flexitarian and vegan) was associated with increasing cost.

This increased cost came predominantly from the increasing cost of dairy alternatives, larger servings of fruits and vegetables, and some plant-based protein alternatives (such as falafel).

It is important to note that alcohol and takeaways were not included in any of the scenarios – if included, the current diet would have been more expensive than our original calculations. However within a diet type (eg flexitarian), we found that households are generally able to reduce diet costs by increasing the proportion of plant-based foods in their diet.

The farming and processing of animal-based products was by far the largest contributor to emissions in the scenarios, and far outweighed the transport-related emissions associated with their plant-based replacements.

However, we don’t know whether this shift is happening mostly among groups who are not disproportionately facing the health and climate impacts of our food system, such as Pākehā people.

This study reveals that this transition may be inequitable with cost as a barrier. We need a broad food systems strategy led by our government – as guided by the articles of Te Tiriti o Waitangi.

There is currently work in this space, including by The Aotearoa Circle, which is a collective of public and private sector leaders.

We should invest in promoting low-cost, climate-friendly and healthy food choices, increase incomes to allow families to have more money to spend on their food bill, and diversify from dairy and meat to put more resources into growing plant-based protein sources in Aotearoa such as beans, hemp, and peas.

Alongside the system-level changes needed, people can add more plant-based meals, like trying meat-free Mondays, and build up resilience of local food systems by buying locally.

When looking to provide an equitable and resilient future for the health of our planet and people, let’s include our food system in the conversation and act now.