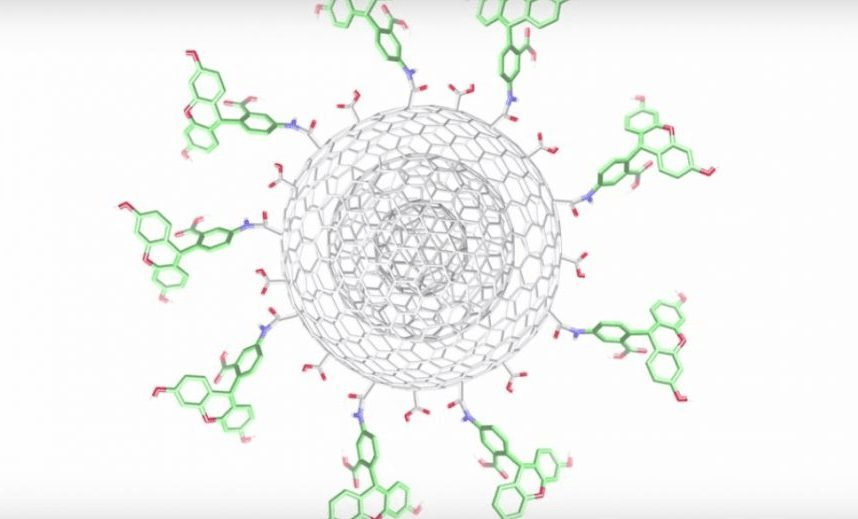 Unpeeling the nano onion: Silvia Giordani on the potential for a massive, tiny breakthrough in cancer treatment

For Italian scientist Silvia Giordani, the battle against cancer cells takes place at a scale 50,000 times thinner than a human hair. A guest at February’s AMN8 conference in Queenstown, she talks to Charles Anderson

Onions and tubes. It was almost a decade ago that Silvia Giordani started thinking seriously about the difference between them. Because shape matters when you are working at a scale 50,000 times thinner than a strand of human hair.

For years Giordani had worked on understanding how materials of this proportion could have some practical function for the medical world. She had come to nanoscience through the study of biology as an undergraduate, chemistry as a doctoral student and then physics during a postdoctoral fellowship. It was this grounding in that prepared her well. Nanoscience, which operates at a size that is a billionth of a metre, traverses all these fields of study.

“I was equipped with all these things,” Giordani says from her lab in Genoa, Italy. “It all came naturally.”

She had gravitated towards the study of carbon nanotubes – sheets of carbon atoms rolled up into hollow tubes just a few nanometers in diameter. When engineered, this cylindrical formation of carbon molecules has been found to possess a number of curious properties.

Using the right composition they can be some of the strongest and stiffest known materials. They are responsive to electrical current and efficient conductors of heat. Some researchers have used their composition to look at creating super hard plastics that are light and transparent but as hard as steel. Others have looked at how they might replace silicon as the building blocks of computer chips.

These tubes also have fluorescent properties which make them attractive to the medical community as a potential way to show up particular cancers during bioimaging.

But the more Giordani studied them the more she saw their flaws.

“When you study a material quite a lot you realise there are minor problems,” she says. “So I started looking at alternatives.”

In some of the studies on carbon nanotubes, Giordani found reference to their potential toxic properties.

Researchers at the Queen’s Medical Research Institute in Edinburgh exposed lab mice to needle-thin nanotubes which resulted in lesions and inflammation in the lining of the mammals’ internal organs.

It seemed that the way nanotubes were created made them take on similar properties to asbestos. The long, thin tubes were similar to tiny asbestos fibres which have been shown to cause a deadly cancer of the membrane lining in the body’s internal organs. Asbestos fibres are small enough to penetrate deep into the lungs yet too long for the body’s immune system to destroy.

So scientists started working on a way to minimise this effect from the nanotube.

Giordani says that because the tubes are formulated using some metal particles there can be some residual toxicity left over. The only solution is to make the material incredibly pure.

“But to get a pure material is hard.”

So Giordani started thinking about shape. What if you could maintain the impressive qualities of the nanotube but without this potential toxic effect?

“I started to think about a round carbon nano particle,” she says. “Nobody had looked at using carbon nano onions for biomedical application before. That’s where I found my niche.”

Unlike thin tubes, these particles consist of concentric layers of carbon. Under the right microscope you can see their rings, hence the name – nano onion. There was something about their shape that seemed divest the particle of the toxicity problems of the tube.

“They were just a better material,” Giordani says.

The ones that she synthesises are five nanometers in diameter. And because of the size it allows the particle to enter human cells. And when she modified the surface of it using organic chemistry she could introduce other molecules that would allow her onions to take on varying properties. Like the nanotubes, these shapes could also be made fluorescent. But they can also be targeted to other cells.

Cancer therapies are currently limited to surgery, radiation, and chemotherapy. All three processes risk impairment to healthy tissues even without completely eradicating the cancer. However, nanotechnology provides a way to direct therapies directly and selectively at cancerous cells.

When you administer chemotherapy to a person suffering from cancer the drug goes everywhere. It attacks both healthy cells and cancerous cells.

But there is a way to help target just cancerous cells. Such cells overexpress the folate receptor which has an affinity for folic acid. So Giordani and her research partners found that if they attached folic acid to the nano onions the particles selectively sought out the cancerous cells.

Giordani and many others believe that nanoparticles can be used as drug carriers for chemotherapy drugs to deliver medication directly to tumors while sparing healthy tissue.

“The moment you reach the cancer cell you can decrease the dose and reduce the side effect,” she says.

This could have huge implications for cancer treatment. Trials are currently underway in America for the effectiveness of this system in humans. Developing new tools that outperform current state of the art technologies for imaging, drug delivery is one of the great challenges in neurosciences.

With Giordani’s help though, it is a challenge that may well be met.