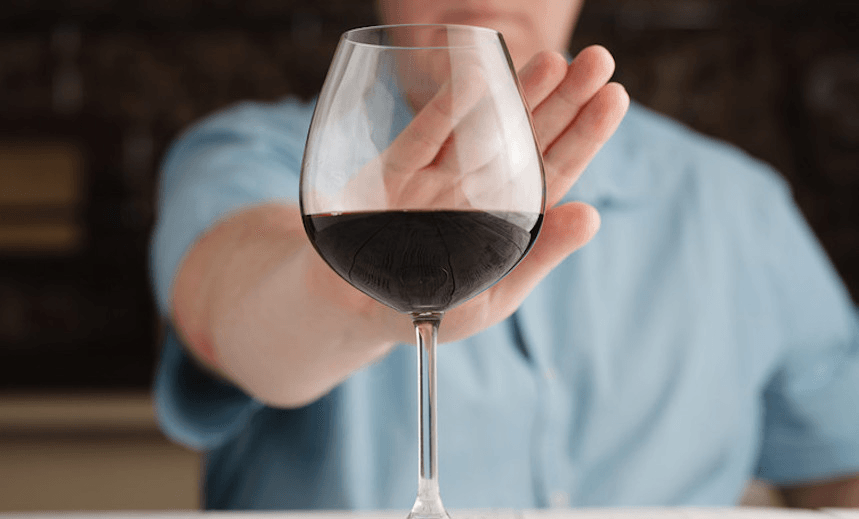 Yes, alcohol awareness campaigns like Dry July can work – but not for everyone

Now that July is underway, many people will have taken their last drinks until August. But just how beneficial is one sober month? Julie Robert walks us through the ups and downs of binge sobriety.

Dry July‘s annual campaign to raise funds for people affected by cancer has just begun and thousands have pledged to abstain for the month.

Dry July and similar campaigns – FebFast, Ocsober, Dry January and On The Dry – say they raise awareness about alcohol and aim to positively influence our drinking culture, while raising money for charity. Given these campaigns started when concern about binge drinking was peaking around 2008, they are sometimes referred to as exercises in binge sobriety. However, do these campaigns change an individual’s drinking habit or a society’s drinking culture? Or are they just novel fundraisers? The evidence is mixed. While these campaigns can provide some health benefits to you and the people around you, they don’t target binge drinking. And no-one has looked at their long-term benefits.

The history of giving up alcohol

Going without alcohol is now seen as a sacrifice worthy of a charitable pledge, but this was not always so.

Temperance leagues associated with Protestant churches were popular throughout the English-speaking world in the 19th and early 20th centuries. These groups required members to pledge lifelong sobriety and lobbied governments to restrict the sale of alcohol. As these movements waned following the repeal of prohibition in the US in 1933, the funding, research and policy focus of governments and public health officials shifted to dependent drinkers. The medical community first made dependent drinkers objects of medical concern and then self-help groups gained in prominence and argued total sobriety was the only way to manage problem drinking.

Once problem drinking came to be more widely accepted as an addiction, accessing alcohol became easier as governments were satisfied problem drinking was a minority issue and the majority were responsible, moderate drinkers. Only when public concern over the ubiquity of alcohol and aspects of binge drinking in Australia reached a crisis point in 2008 did total, albeit temporary, sobriety re-emerge as a solution to society’s alcohol problems.

What do today’s campaigns have in common?

Temporary sobriety initiatives are aimed at the majority of the population (roughly 80%) who drink, including those who drink at very risky levels (18%), but are not dependent on alcohol. Their emphasis on health and philanthropy attracts participants who see themselves as somewhat health conscious, and are often middle to upper-middle class people in their mid-30s to late 40s.

The month-long format and philanthropic link are common, as are 24-hour passes that can be purchased to authorise drinking, for instance for a special occasion.

Campaigns vary in their focus, some prioritising philanthropy, others health promotion and these differences affect how the organisations measure success: dollars raised, numbers of participants or reported behaviour change.

Can you feel the health benefits?

Taking a month-long break from alcohol can in the short term improve your liver function, help you lose weight and improve your sleep. It also reduces your likelihood of drinking as much over the next six months. For people who often give up alcohol for a month for health and well-being reasons, these outcomes are likely to count as success. Various studies also point to short- to medium-term benefits, such as weight loss, better sleep, more energy and improved liver function. Such benefits can even extend to those around them, with a sort of halo effect because drinking is often a social activity that relies on more than one drinker.

However, campaigns don’t strictly measure success in these terms. Some aim to change drinking cultures, with various success. They do not influence the kind of problem drinkers, such as young (and potentially violent) binge drinkers and older daily drinkers, who make the headlines. But they make it easier for people to choose not to drink because they have normalised the option of not drinking. And the more popular these campaigns become, the more socially acceptable it is to abstain.

Such campaigns also allow people who usually drink without too much thought to consciously observe the effects of alcohol on their health, productivity, mood and relationships.

The recipe for a good campaign

The model for month-long binge sobriety, originated in Australia in 2008, has been replicated faithfully in different countries. This suggests there are certain factors key to success, including a campaign:

How about their long-term benefits?

Population level studies have yet to be done to determine if a month-long campaign of not drinking influences people’s drinking levels beyond a year. But significant numbers of repeat participants from year to year – a boon for fundraising and participant numbers – suggest a mere month of sobriety does not lead to radical behaviour change.

Research that looks not just at the long-term outcomes of a month of sobriety, but also the factors that make these campaigns successful, will be the key to understanding how related campaigns can tackle other health behaviours, like sugar and caffeine consumption or smoking.

The article has been updated to say people have been giving up alcohol for set periods of time with and without formal campaigns. However, Australia’s FebFast began the modern trend of philanthropic 30-day campaigns in 2008.