We’re out of timber and we’re out of homes, so it’s time to see beyond the trees – Josie Adams gathers some non-timber options for building your house.

New Zealand homes and timber go together like housing and crises. Whether it’s a 19th century villa, a 1970s Mediterranean-inspired build or a classic state house – timber is involved. We love the stuff. It’s strong enough to hold a roof, flexible enough to sway with an earthquake, and literally grows on trees.

But all good things must come to an end. The dream of home ownership is slipping further out of reach every day, and now we hear there’s no more timber. Does this mean no more houses?

No! In this country we are proud of our number eight wire mentality, and we won’t let a shortage of building material keep us from home ownership. We cannot build a house out of number eight wire, but we have some other suggestions.

We make no guarantees prospective homeowners will receive financing for builds involving the following materials.

If there’s one thing I learned from the tale of the three little pigs, it’s that brick homes are one of the only wolf-proof forms of housing on the market. There are very few wolves in New Zealand, but the winds of change blow just as strong. Build for a stronger tomorrow; a third pig tomorrow.

It’s raw stone! There are plenty of lava caves in Auckland, where homes have exploded in value out of most people’s reach. These caves are well-sheltered and many of them are conveniently situated near public transport. 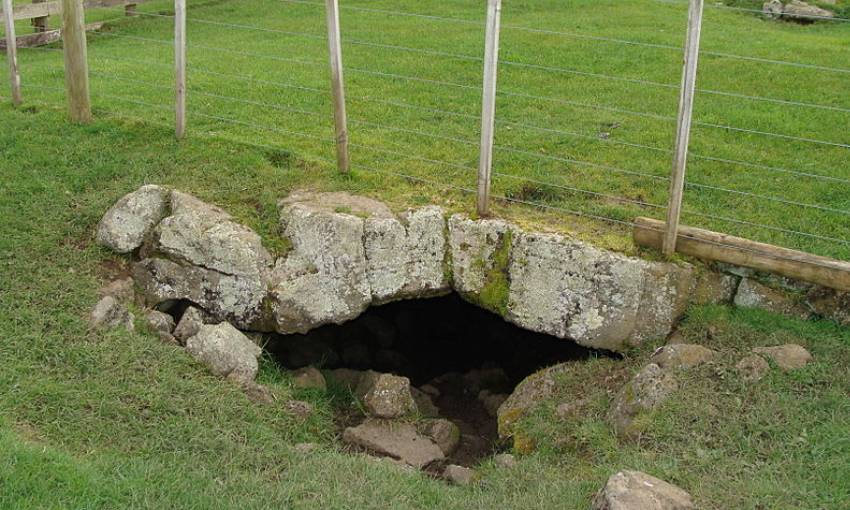 It’s wood, but not as we know it. Bamboo can’t replace timber in every situation, but it can be used as an alternative to hardwood and plywood. If you leave it in the ground, your house will continue to grow and hopefully slowly spear you to death before all your hopes and dreams come to a natural end.

It looks like wood, it feels like wood, but it’s not wood! It’s a composite made from recycled plastic and wood industry waste. It’s not as strong or as stiff as wood, but it is more resistant to fungus and marine borers. If you’re building a house that’s going to be wet a lot, this could be an option.

They say those in glass houses shouldn’t throw stones but you wouldn’t do that in a timber house either, so no worries. Glasshouses are readily available at your local Mitre 10 – just put it together, paint over a few panels for privacy, and grow your tomatoes in peace. Alternatively, you can get fancy with purpose-built “residential” glasshouses (all cheaper than a tinyhouse).

Ever noticed that a shipping container is the size of a small house? You could put in a carpet, some partitions, cut a hole for a window – easy. Why aren’t more people doing this? Is it the tetanus risk? With a little bit of know-how you could even stick multiple containers together to create a container mansion.

Once upon a time we thought concrete was just for the big builds – for giant grey Soviet slabs of buildings. No more! It can be thin, and curvy, and graceful. It’s still usually grey.

All of the above and more can be 3D printed into any shape you like. A large 3D printer can build a house in just days, for less than the cost of a tiny home. Some pundits worry printing could rob the construction industry and the poor, long-suffering class of housing investors, but so far the main industry threatened is Hamilton benchmakers. Until we get more printers up and running, you could try printing parts of a wall piece by piece with a Kogan pen. 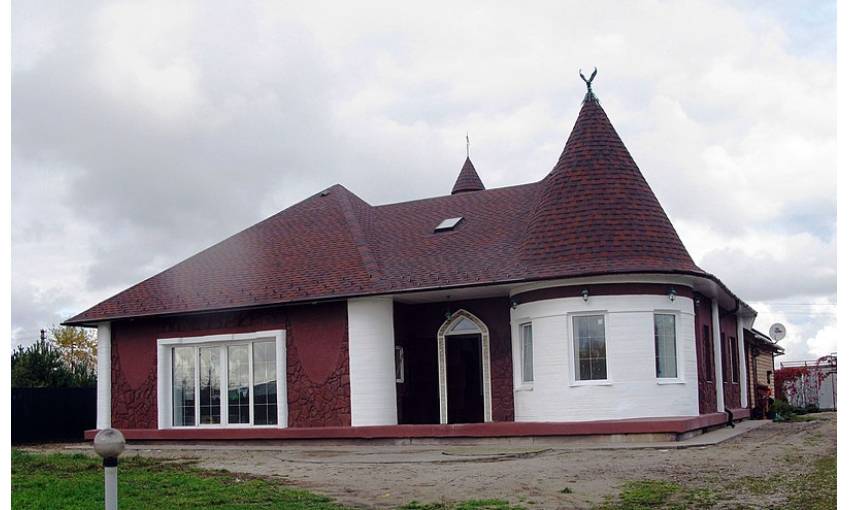 Mix some clay, some straw and a little bit of dirt, and you’ve got yourself the perfect material for sculpting a house. Cob houses built thousands of years ago are still standing. Some of them even have electricity!

Cob’s fancy cousin is a stylish combination of rock, cement, clay and water. It requires a little wood to create the framework that holds the earth together until it’s firm, but instead of timber you could also use, for example, parts of a shipping container, or bamboo.

Cob’s complicated younger sister takes the form of an “earthship”, a half-submerged construction made of mud bricks, glass bottles and old car tyres. These are all things you can get for free. Earthships are designed to collect and recycle water, as well as generate their own power. There is no need to leave. You are Stig of the Dump now.

Yeah, you can build a house with poop. You can make bricks out of urine. These are resources we’ll never run short of.

Megan Woods, Michael Wood and Michael Woodhouse were all approached for this story but declined to comment.