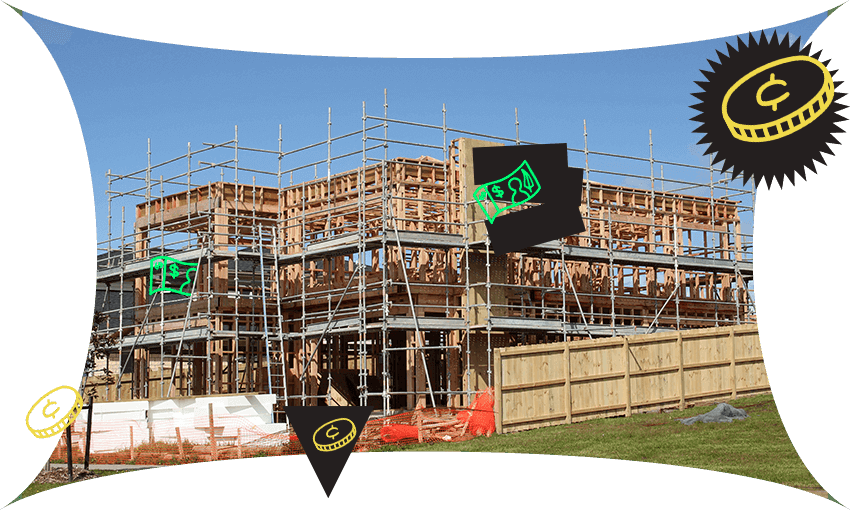 Community housing providers call on government to turn up supply

The government is investing more into housing than ever, but experts say what will make the difference is not how much, but where it’s being spent.

“They are serving the country, they are deemed as frontline, they are doing a really good job and yet their salaries are so low they are being forced into transitional housing.”

That’s Bernie Smith, chief executive of the community housing provider Monte Cecilia Housing Trust. Smith says he’s been shocked to see that even those working in essential civil service roles, such as teachers, nurses and police, have been coming to his organisation for support.

“Two or three years ago families were surviving, living week to week. They weren’t going on holiday, they weren’t doing anything fancy, but they could afford to pay their rent.”

He believes those same families are now being forced into homelessness by “even a $10 increase in rents”, due to the rapidly rising cost of living.

That list is up to 400 families hoping for a place in one of the trust’s 600 transitional and social housing properties. And there are now more than 25,000 families on the government’s own waiting list for Kāinga Ora homes, with 4,700 of those currently living in emergency accommodation.

With such spiralling numbers, it’s no surprise The Salvation Army’s latest State of the Nation report describes the current housing situation as “more than a crisis, it’s a catastrophe”.

But housing minister Megan Woods says the issues are neither new nor being ignored. She says the previous government’s waiting list didn’t reflect the actual needs in the community, while her government has doubled its spending on income-related rent subsidies and operational grants to community housing providers (CHPs).

“We are under no illusions, there is no quick fix to this housing crisis,” she says.

“We’ve added over 9,000 houses since we’ve been in government and I think you can see that this is a massive tanker being turned around. We will have built 18,000 public houses by 2024 and that will be a record number of houses in a generation, but will that be enough? No, we’ll have to keep going.”

But those in the community housing provider sector say the government is actually making things harder for organisations such as theirs to build more houses.

“The previous government had a capital grants scheme where a new development by a community housing provider saw 50% of that cost forwarded to them to get the project off the ground,” Smith says. “That assisted CHPs to build homes and we built 23 homes that way, and now they are mortgage free and we’d love to leverage that, but we don’t have the cash in the bank to do more.”

“Certainly upfront funding has worked in the past,” she says. “But the red tape is the real issue. If they could make it faster to get through all the hurdles and bureaucracy we would have more housing supply.”

“While community housing providers are getting houses built, a lack of access to upfront capital has become a significant constraining factor,” she says.

“We’ve suggested a government underwrite – or guarantee – for community housing providers. This would help de-risk the process of securing finance for the provider and lower the cost of borrowing. This could also unlock more impact investment opportunities for the sector.”

National’s housing spokesperson and deputy leader Nicola Willis says the community housing sector has a big role to play and says if re-elected, National would reinstate the capital grants scheme.

While the government did end National’s capital grants scheme, it has introduced a similar policy where CHPs can apply for operational grants to be paid upfront to use for development projects. Woods also points out that the previous government actually reduced the number of public houses overall by 1,500 over its three terms, saying her government is committed to reversing that trend as well as supporting the community sector.

“We are pulling every lever we can to bring on more houses, whether they be emergency, transitional, state houses, affordable rentals or opportunities for first home ownership. This is the first time in decades a government has had an integrated approach to housing and the first time we’ve had a minister of housing.”

But Lealaiauloto says the government has to start “trusting us more” if it really wants to turn up the supply of new housing.

“We’re not driven by profit, we’re driven by community need, so it’s important they understand they need to be making it easier for providers. As we’re not only just building homes, we’re building lives.”