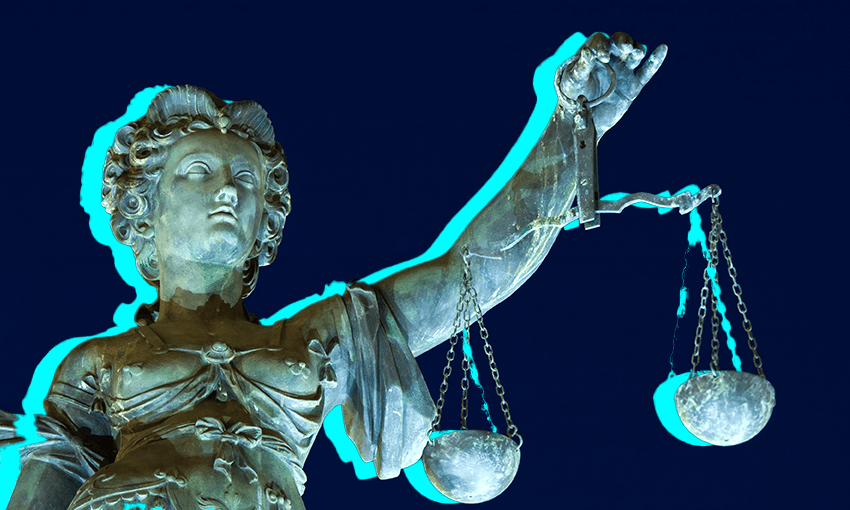 When calls for justice are drowned out by demands for revenge

Insisting on harsh retribution doesn’t just dehumanise perpetrators of crime – it ignores all evidence about what works to reduce reoffending.

“How about introducing the death sentence to rid us of this bad energy? Why are we wasting resources on this sort of person? Seems to me like people would get in line and be decent people if this was the outcome.”

The comment was one I came across online where people were discussing a young man who had been involved in a violent crime. With the perceived increase in crime and gang violence, comments like this are becoming more and more common. And like much of the coverage around ram raids and the recent gang-related shootings, the social media post was designed to elicit outrage. And that is exactly what it did.

This was only one of hundreds of comments just like it. Some called the offender an animal, others for his family to be sterilised, still others joined in demanding his death.

Reading the thread left little doubt in my mind. These people were not seeking justice, what they were demanding was revenge.

And on one hand I sympathise with them. If I’m completely honest, I once shared the sentiment that drives their rage.

I too once bemoaned the “soft liberal judges” who did not have the backbone to adequately punish criminals. I too once demanded harsher penalties, believing that the harsher the penalty, the less likely a person would offend.

I too was once ignorant. Trapped in my own worldview, untouched by the suffering and trauma that too often sets a person upon a path that leads to such violent offending. Over 10 years as a youth development worker has shown me how wrong I was.

I have served young men who have brutally beaten other men, people who have abused and physically assaulted their partners, rangatahi who some would class in the “waste of space” category. Yet, as horrendous as these people’s crimes may be, once you hear their stories you can’t help but recognise their humanity.

And each one of them has a story that would make your heart break.

A 12-year-old boy beaten by his older brother while his parents watched, for the crime of being too excited about his progress at school.

A teenage girl who had been bounced in and out of foster care until she had nowhere left to go but the street. She learnt to use violence to survive. Hurt others or get hurt yourself – that was how her world worked.

A lad who grew up in a family where violence was just a normal part of life. He watched his dad beat his mum, and took more than a few hidings himself. Until one day, he grew big enough to put his dad in his place. On that day, he learnt that the key to survival was in his size. Be bigger than the other person and he will not mess with you.

A young man who was orphaned as a teen, rejected by his extended whānau and the state, and was forced to live on the streets of Auckland. Drugs and crime became his only means of survival.

I could tell you story after story of neglect, abuse and rejection. Stories of hurt and broken people, damaged by the world we have created who have in turn harmed and damaged the lives of others.

I struggle to find the words to help you see them. To see past the anger, the brutality, the dehumanised image you may hold, to actually see them.

Not as a sullen teenage or a notorious gangster, but as a fellow human being, broken, crying out for help, hopeless and in pain.

Even as I write I hear the responses: but they are monsters and criminals, they do not deserve our compassion, they deserve to be locked away. Some will even call for their death.

But even if you cannot find in yourself the humanity to recognise theirs, I would ask you this question. Would you like to prevent violent crime? Or are you content merely to punish those who perpetuate it?

Because here is the reality: the system we currently have does not prevent violent crime. It is designed simply to punish those who commit it.

And the irony is that by ignoring an individual’s past, and by denying the validity of true restorative justice, we do not make our communities safer. We simply imprison broken, hurting people for a time, before releasing them once again out into our communities.

If we wish to end violent crime, we need to stop seeing it as a problem caused by an individual’s horrific choices.

We must look first at our own society, which has dehumanised and degraded people to the point where they are able to do unspeakable things to their fellow human beings.

We must examine the poverty, which plagues our nation, the racism and discrimination that affects our people more than we care to admit.

Addressing these issues and others such as homelessness, mental illness and the ongoing effects of colonisation will go a long way towards preventing a cycle that damages people to a point where they find themselves capable of committing horrendous crimes.

And when people do commit such crimes, it is through restorative justice that we can create the reconciliation and healing which allows both criminal and victim to be restored into our community.

At this point I can almost hear people saying: “Why are you denying their individual responsibility? You’re letting them off the hook!”

Let me make myself clear. I am not saying that people are not responsible for the consequences of their own actions. What I am saying is that a person’s individual responsibility can only truly be understood when placed within the context of our collective responsibility.

And as a collective we have failed. And it is our failure which has led to the countless damaged souls who currently fill our prisons.

These issues are big, there is no doubt about it. And I get that it might sometimes feel overwhelming, like it’s impossible to effect change.

But you can do something about it. On a micro level, you can get involved in people’s lives, you can seek out those on the margins of our society and provide them with care and support.

And on the macro level?

Your politics matter. You can support policies that contribute to a more just and equitable society. You can let your representatives know that you support restorative justice, and demand reform in the current injustice system.

The government will not make the reforms needed until there is the political will to do so. That starts with you. Your vote counts, your voice counts, what you do… counts.

Do you care enough to get involved? Or are you content with the status quo?