Good morning and welcome to The Bulletin. In today’s edition: The country is plunged into its hardest lockdown yet, reserve bank could be world’s first to hike rates, the electrical system was in emergency mode again.

New Zealand is back at alert level four this morning. While the country has been here before, the delta variant has upended a lot of what we know about Covid-19. It’s a far more infectious and fast-moving virus. Here’s what we’ll be watching for today to know whether this is a short and sharp lockdown, or the beginning of something that could be considerably more painful:

The prime minister will be back before the cameras at 1pm. Her press conference yesterday evening, alongside director general of health Ashely Bloomfield, was covered extensively in The Spinoff’s live updates.

Here’s what we do know. According to the NZ Herald, the first known case is a 58 year-old man from Devonport visited his GP with symptoms on Monday. His test came back positive yesterday. He should be applauded for getting a test at a time when the threat had seemed so distant. The government was informed of the positive case around 1pm yesterday. He’s believed to have been infectious since August 12. The next day he travelled to Coromandel for a weekend, stopping at a number of sites, including cafes and local businesses. His wife is fully vaccinated and has tested negative so far.

One word explains the speed of New Zealand’s lockdown: Australia. While some global headlines suggest an overreaction, Sydney’s delta-fuelled outbreak has demonstrated the risk of waiting to introduce restrictions. About 500 infections are being recorded daily in New South Wales and the premier has warned that the number will “rise significantly” in the coming days, the ABC has reported. Nearly 450 cases are in hospital, including 24 on ventilators. Elimination is no longer considered possible in the state by many experts.

The economy can sustain a short lockdown. Business groups are generally supportive of the lockdown, reports Stuff. According to the finance minister, a full week of national level four lockdown could cost the country’s economy $1.5 billion. Current plans are for only three days of the strictest restrictions across much of New Zealand. The wage subsidy scheme is being reactivated and businesses will have access to some of the $5 billion the government has stashed away for an emergency like this.

This lockdown will be different from the last one. Mask use is now recommended in all public areas and cabinet is expected to introduce rules mandating the wearing of masks in the coming days. The value of contact tracing is clear on days like yesterday, so people should be encouraged to scan away. But don’t look to the mayor of the Thames-Coromandel district for inspiration. She told RNZ after the lockdown was announced that she’s just not in the habit of scanning and this won’t change it.

New Zealand was watching. Yesterday’s news conference was a shared experience and I was part of it, while travelling from Auckland to Wellington. It’s hard to remember in the Beehive theatrette that New Zealanders, across the country and of all backgrounds, are listening. I learned about the lockdown a few minutes after my plane landed in Wellington. The grandmother to my left was asking questions of the prime minister more quickly than the press gallery. The man to my right was trying to get home to Dunedin and contemplating his rapidly dwindling options. When I got to a taxi, the driver had the news conference on and was hanging off every word. “I’m so tired of this shit,” he said of Covid-19. A sentiment many will share.

We’d love to know more about your lockdown experience yesterday and your plans for the rest of this week. Share them with thebulletin@thespinoff.co.nz

We are doing our utmost to keep you updated on all Covid-19 related coverage this week. Every dollar our members contribute directly funds our editorial team and is devoted to ensuring we do more. Click here to learn how you can support the team today.

The reserve bank could increase its official cash rate today. Despite the uncertainty from Covid-19, RNZ reports that analysts expect the reserve bank will increase the cost of borrowing for the first time in seven years. If it comes about, the move will put New Zealand far ahead of the pack as most other central banks are planning on waiting years before making loans and mortgages more expensive.

Or it could get a short delay. In an email to The Bulletin, economist Brad Olsen said the RBNZ “might want to hold off on any changes” right away because of the Covid-19 news. But that would only put off an inevitable rates hike before the end of the year, because the current situation won’t change the fundamentals of an overheated housing market and economy.

Transpower issued another emergency notice. Hours before the prime minister’s Covid-19 press conference, the operator of New Zealand’s electrical grid warned that it was in trouble again. A wire falling from a tower in Canterbury was to blame for a risk of blackouts, according to Interest. It seems that power generators increased supply this time, averting cuts. Coming only a week and a day after over 34,000 homes were plunged into darkness, it’s a clear sign something is broken in the power market.

The biggest story in the world remains Afghanistan. Reuters reports that the Taliban is promising to be more modern than its last go in power, letting women work and read this time. Despite the promise, a race is on by thousands to leave the country as military transport planes bursting with people are taking off from Kabul. However, none of those planes are from NZ after the defence minister told RNZ a decision was made not to fly directly into the war zone. New Zealanders will most likely now be evacuated by the US or Australian militaries.

A strike planned by nurses has been called off. The strike, including some midwives, was planned for Thursday. After nurses rejected a proposed collective agreement last month, largely over safe staffing issues, this week’s strike was meant to force the issue back onto the agenda. However, it wouldn’t be safe to walk off the job with a Covid-19 lockdown underway, the nurses told Stuff. 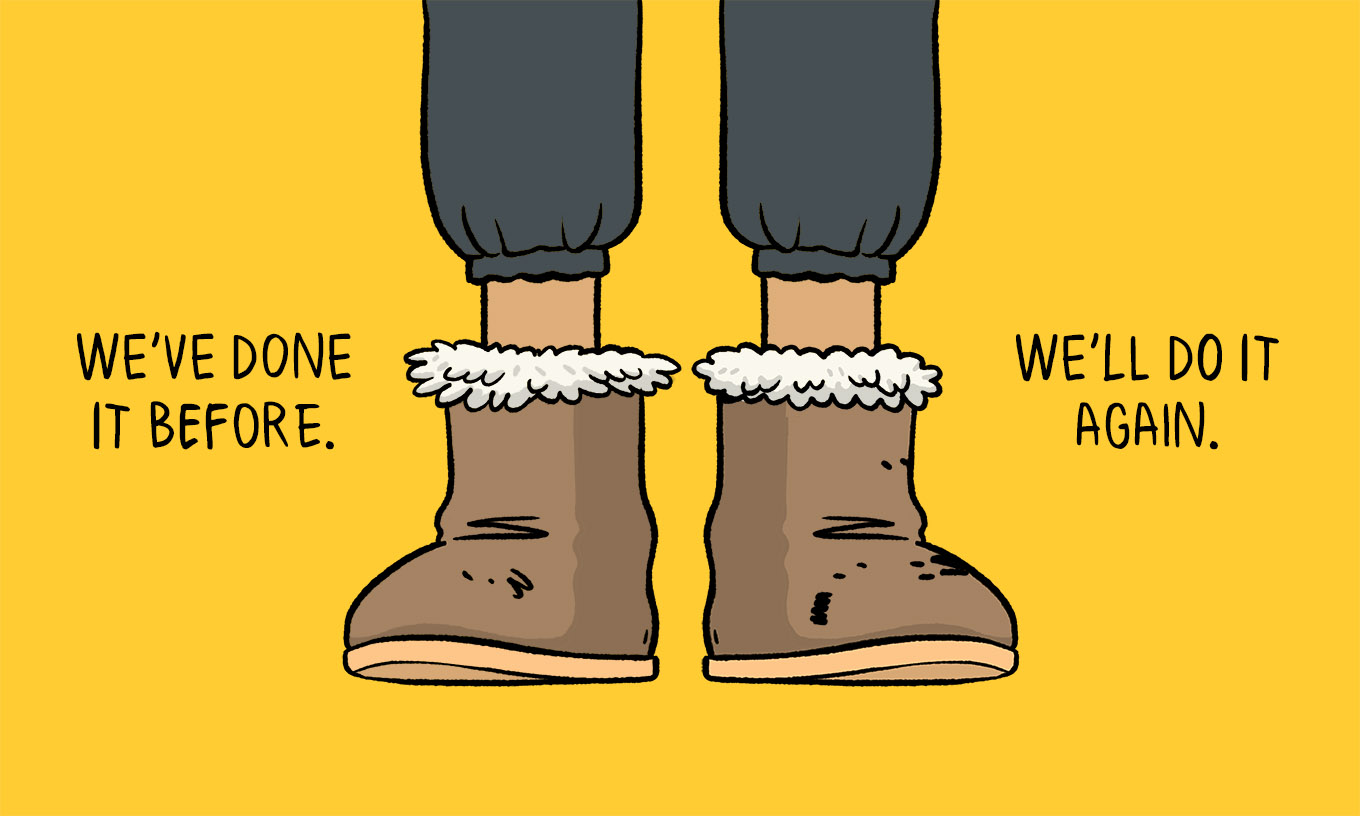 Right now on The Spinoff: Siouxsie Wiles and Toby Morris write about the risks posed by delta and how NZ can smash it. Michael Plank warns that the virus could have been spreading for some time, so a lockdown was the right call. Sleep week continues with Dr. Rosie Gibson explaining why Covid-19 messed up our dreams and made rest erratic. Hannah Skelton and Andrew Geddis, another writing dream team, tackle the question of whether the world can sue its way out of climate change. Former Green MP Keith Locke feels vindicated 20 years after arguing against invading Afghanistan.

For a feature today, a look at why Newsroom’s press gallery office got so excited last week. There have been serious problems with booking a spot in managed-isolation for months now and no real fix is in sight. Marc Daalder, Newsroom’s Covid-19 writer and the only other person who keeps a baseball glove at his desk in parliament, set about finding out how bad the problem is.

Daalder spent a week with some web tools working away in the background trying to secure a space in MIQ. When one came up, an alarm beeped and the Newsroom office (very loudly) cheered him on. After 10,000 tries, the closest he got was filling in the required forms within five seconds of them coming up. That was still too slow. Here’s what he wrote:

Of 10,091 refreshes, just 58 of them gave me a shot at a room. I never succeeded, even when I tied my five second record on five other occasions. My median time was seven seconds from refresh to hitting the button.

The page I downloaded the tool from said the time to beat is three seconds. I don’t know how true that is, but I struggle to imagine how someone would be able to react, swap browser windows, fill in the reCAPTCHA and click the ‘Next’ button in that little time.

It’s important to note that, as far as I can tell, the script I used is allowed under the MIQ terms and conditions. Those ban the use of bots or anything that would automate the entire booking process and they also prevent you from giving out your account details to third parties. But the tool I used simply refreshed the page.

The America’s Cup could stay in Auckland. One News reports that the city is still in the running to keep the race, but three cities have sent bids to host. Team New Zealand boss Grant Dalton said that they are focused on winning a third race in a row, which will guide the team’s thinking on where to go. Negotiations have ended with the government after its $100 million offer to host the race again was considered too small. It’s likely that Covid-19 restrictions will continue for years, so this might not be a big money maker for some time.