The first jabs in a long campaign of Covid-19 vaccinations have been given this weekend. It perhaps marks something of an end of the beginning of the pandemic for New Zealand, which continues to rage around the world. It will still be a long time before there is anything like herd immunity in the country, but at least now the programme of getting there is underway. Siouxsie Wiles & Toby Morris have explained why the vaccine is so important in the overall fight against Covid.

The first people vaccinated have been border workers and those at the most dangerous MIQ facilities. Radio NZ reports some of them spoke about their families and communities, and how by getting the vaccine they might now be able to become more a part of the world again, after a long year of living “level four lives”. One vaccinated worker also spoke about how it has been a big deal and source of pride for her to serve the country over the last year – personally, I’m pretty proud to be part of the same country as heroes like these.

Some people are going to be skeptical, or even downright hostile towards getting the jab. This article by Toby Manhire looks at how a quarter of New Zealanders say they’d refuse to take it, and discusses ways people might be persuaded. One important point to make is that a vaccine being approved by Medsafe does not necessarily mean there will be no short-term side effects at all – that is addressed in this NZ Herald Q+A about the vaccine.

Today marks ten years since Christchurch’s deadly earthquake, which cost 185 lives and profoundly changed the city forever. For comprehensive coverage of the years since, I’d strongly encourage you to browse The Press, which has a range of stories about rescuers, rebuilds and the structures that came down.In terms of streets, Radio NZ has taken snapshots of the aftermath, to how places look today. And on The Spinoff, Susan Wardell has written about collective memory of tragedy, and how we come together to express grief.

The health ministry has been accused of trying to gag the Mental Health Foundation from making criticisms, reports Jessica McAllen for Stuff. CEO Shaun Robinson said an official phoned him up and tried to strongarm him after a critical press release went out, on the grounds that the foundation accepts government funding. The ministry said the official in question has a different recollection of the conversation. It should barely need saying, but if proven this is disgraceful behaviour from the ministry, and we should all vigorously defend the rights of expert organisations to air free and frank views.

A wide coalition of NGOs has called on the government to increase income rates for those with less – and they’ve got polling to back it up. The survey, conducted by reputable firm UMR and released this morning, shows seven in ten people agree with the statement “the Government should increase income support for those on low incomes and not in paid work”. The ten groups say that by not acting, the government is condemning more people falling into poverty – especially as the inflation that exists is disproportionately hitting the lower end harder. Politically, it could be tough to get that message through to the government – I’d encourage you to read this column by the NZ Herald’s (paywalled) Simon Wilson that explores why the Ardern government has found it so easy to ignore the issue, particularly on matters like not implementing the recommendations of the Welfare Expert Advisory Group.

Quarantine-free travel from New Zealand into Australia has resumed after being suspended for the latest outbreak, reports the ABC. Australia’s Chief Medical Officer Paul Kelly said New Zealanders now posed a low risk again. “We will continue to move quickly to protect Australians as circumstances change, but we will always endeavour to move just as quickly when those situations are brought under control, or otherwise resolve.”

Meanwhile, National wants to see the government start investigating building dedicated MIQ facilities, rather than retrofitted hotels.Stuff reports MP Chris Bishop described facilities like the Pullman as “inherently risky buildings” for the purposes of housing returnees, and suggested a good location would be on the outskirts of Auckland, near the airport. The government has previously dismissed this sort of idea, on the grounds that going outside the central city would reduce access to both workers and hospitals. An announcement will be made today on whether Auckland will be moving back to level one.

A bit of feedback from a Wellington councillor after Friday’s Bulletin. Cr Sean Rush had this to say: “Two points: the idea is to lease space in the library – not sell it. Maybe Mojos might put a cafe in there. Secondly, we as a council had a good day yesterday and I reject that the day did anything other than reaffirm the respect we all have for each other.”

This is perhaps a slightly heroic reading of the situation from councillor Rush, though he was in the room at the time. And I say that because this morning, the Dominion Post reports that several councillors have called on the auditor-general to investigate mayor Andy Foster over a late change to the agenda that allowed the library partial-privatisation exploration to go ahead. 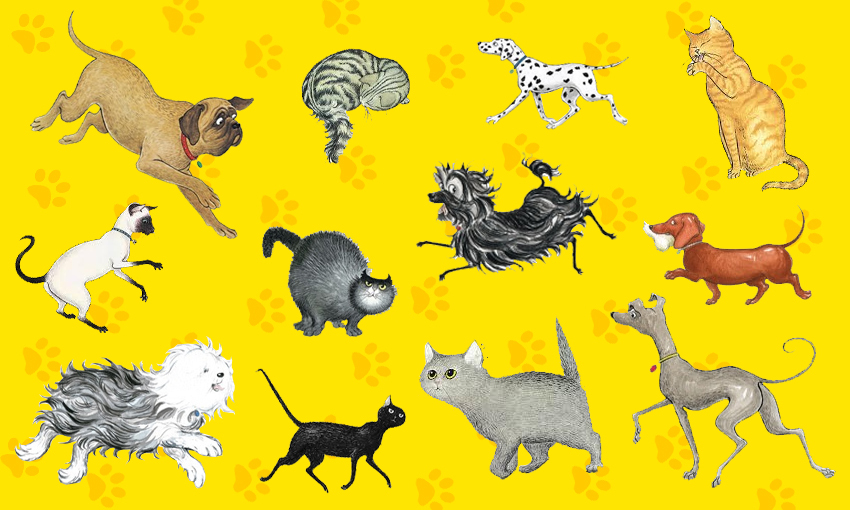 Right now on The Spinoff: Sam Brooks reports on the fallout from a split in police participating in Pride, two years on. Ben Fahy assesses the depth of commitment brands really have to activism, and being seen to be politically correct. Justin Latif reports on the mental health impacts of the latest lockdown on South Auckland kids. Hal Crawford writes about the “uncontrolled news experiment” Facebook is currently running against Australia. Professor Paul Spoonley writes about the implications of new figures showing plunging birth rates. Sam Brooks reviews a new documentary about Australia’s Lindy Chamberlain, who has only recently started to get justice after being smeared as a child-murderer. Tara Ward has a wild new ranking of every creature in the Hairy Maclary universe. And we’ve got a range of updates from the Garden Party in Wellington over the weekend, which by all accounts was a very good time.

For a feature today, a clear-sighted and fair analysis of why spending public money on events like the America’s Cup can be such a folly. Writing on the NBR (soft paywall) Tim Hunter has gone into depth about the dubious economic benefits and costs accrued by Bermuda during their one dig at hosting back in 2017. One would hope our politicians learn a chastening lesson from all of this – if they want to host a party, go ahead, but don’t pretend it’s for the good of the economy. Here’s an excerpt:

For the locals, the significant public investment in the Cup was a political issue and contributed to a decisive electoral loss in July 2017 for the governing One Bermuda Alliance, a strong backer of the Cup. Christopher Famous, who won a seat that year for the victorious Progressive Labour Party, reckons voters saw services being cut while money was spent on a sporting event.

“When people need government services and they’re told they can’t have them because of budget cuts, and then see all this money spent on sport – it helped fuel the view the government was just for rich people,” he says. Financial statements show Bermuda’s government spending on health fell 9% between 2014 and 2017, while education expenditure fell 7%.

However, the price continues to be paid. “When we came into government in July 2017, we were faced with the reality we had to service this thing [the Cross Island loan].

In sport, the dream run continues for rising tennis superstar Naomi Osaka. The NZ Herald reports she’s just claimed the Aussie Open, for her fourth grand slam title in her last eight starts. Moreover, Osaka is now third on the grand slam title list out of all active women players, behind the Williams sisters, and all at the age of just 23. In the men’s division, Novak Djokovic won again, after a buildup full of whinging about quarantine facilities.