While the level two announcement brought a sigh of relief for many across Auckland, South Aucklanders are still concerned about what the latest Covid outbreak may mean for the region.

Another South Auckland outbreak of Covid has community support workers concerned about the impact it’s having on the mental health of its young people.

Maria Murare, Matai Liava’a and Meleofa Talakai were among a group of 11 and 12-year-olds I met with at Māngere Central School* to discuss how they’ve been coping with the latest lockdown.

My enduring impression is that they are an articulate, confident group of young people who are also feeling in the dark about what the latest outbreak may mean.

They say the announcement last Sunday was a major shock and despite the move back to level two, they are still anxious about the virus not being under control.

“It’s good to be back but we should be more cautious,” Liava’a says. “It’s hard to believe we’ve gone back to level two.”

“I think it’s better for us to stay at level three, following on from the recent cases,” the year 7 student says.

Liava’a, who’s in year 8, says part of the issue is that what’s reported via the news is pitched at a much older audience.

“When they talk on the news, they talk in an adult way, and kids don’t really understand what they’re saying. Being in lockdown has been very boring. We’re mostly doing schoolwork and chores and we watch a little TV.”

Meleofa Talakai, who’s also in year 7, says despite being stuck at home for much of the week, it still feels safer.

“I think it’s better for us to be at home for online school, as we know that our house is clean and safe.” 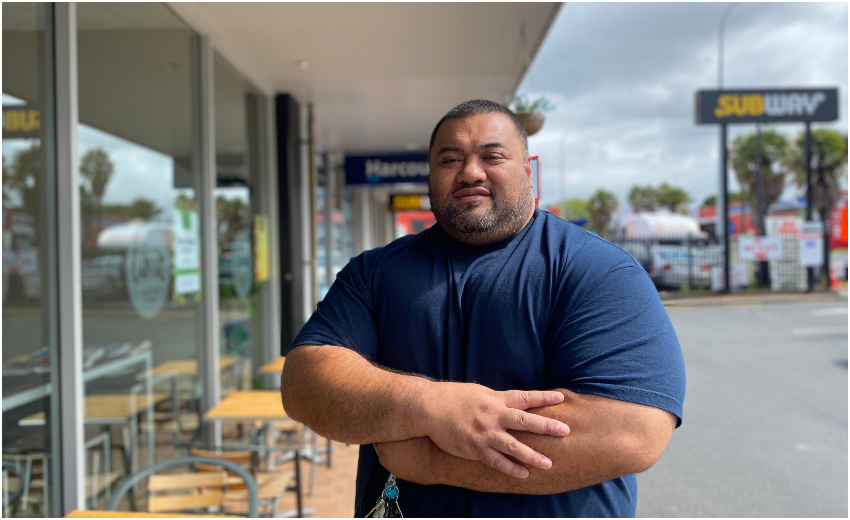 Keep talking to your kids

Elnez Tofa is a community support worker for Counties Manukau District Health Board who works with a range of age groups, including young people. He says this latest lockdown will be a cause of great uncertainty for many youth, judging by what he observed last year.

“From what I saw, a lot of young people were struggling with anxiety and not knowing what was going to happen next,” he says. “It was only till after [the lockdowns] that we realised the issues they were struggling with – that’s why it’s important we keep checking in with them. They might be holding it in because they’re worried it will be a burden, but we have to let them express their anxiety or whatever their fears may be.”

Joanne-Marie Lawler is the youth services manager at Strive Community Trust and has observed similar issues to Tofa.

“[A lot of youth are] not being informed as some families do not have the luxury of internet, mobile phones etc or are trying to protect their young ones from this information so it does not cause any stress to them.”

In response to these issues, Lawler says her service has been focused on providing a range of support for youth and their families, including parenting courses, creating self-care plans and providing home-schooling assistance. She says there’s an overload of information about Covid, and so it’s important families keep talking through what’s happening.

“Youth have been finding there was so much information out there around Covid it was confusing, and in some cases they were not getting the correct information or do not really know what it meant to them.” However, a mental wellbeing and leadership programme called Toko Hauora Manawa Whenua has proved to be successful for Māngere College students. Principal Tom Webb says the programme provides training to a group of students on how to maintain their own wellbeing and to support their peers.

“It’s been really effective. We had one online session over the last few days with our group of ‘Toko Hauora’ leaders, who are students from a range of year levels. Along with the training, they also hold different events throughout the year, with a wellbeing focus, working on building positive resilience. What’s so good about it is that it’s an ongoing thing. Any one-off session or programme doesn’t really have an impact, but having an ongoing focus on wellbeing works really well for the school.”

Lawler says the uncertainty around Covid has added to the high levels of stress felt by many within South Auckland, but there’s also a lot of support if people are willing to reach out for it.

“A lot of these issues [with anxiety and stress] were already high before Covid for one reason or another, and just when you think it couldn’t rise any higher, unfortunately it did, including family harm due to the stress the families found themselves facing.

“This has been a tough time for everyone in the community, [but] we were and continue to provide our wrap-around services to the communities we service along with reassuring them that we are here for them.”

*Justin Latif is a member of the Māngere Central Primary board of trustees.