Good morning and welcome the The Bulletin. In today’s edition: Contrasting visions on National’s defeat and future, St Johns ambulance in deep funding hole, and Tauranga mayor quits with call to sack council.

Contrasting visions for why National lost the election so badly have been presented at the party’s AGM. As the NZ Herald’s (paywalled) Derek Cheng reports, former PM Sir John Key said the party only had itself to blame, after a year of disunity and internal division. But those comments were at odds with what was offered by re-elected party president Peter Goodfellow, who basically suggested that the scrum had been screwed by Jacinda Ardern’s visibility throughout the Covid crisis.

The big event of the AGM itself was the election of the board, with Goodfellow on the ballot. A comprehensive account of this vote was done by Politik, which reports the sitting president was the lowest ranked successful candidate. Former MP and speaker David Carter was also successful, along with Southland regional chair Rachel Bird. There was also an unsuccessful challenge from a former board member, based on the theme that the party had lost touch with ordinary party members, and as such was out of touch with the public. Carter later said he wouldn’t have made the same comments as Goodfellow, were he giving the president’s speech, reports Radio NZ.

So what does it all mean for the party? In the NZ Herald, (paywalled) Claire Trevett wrote about how party leader Judith Collins seemed much more in line with Key, in sheeting home blame for the defeat to the party’s MPs. Both Key and Collins highlighted that a disciplined and upfront party would be able to win the lost voters back. Stuff’s Tracy Watkins picked out a different theme from the speeches – the possibility that National won’t learn its lesson, and will lose repeatedly for years to come.

Without government support, the St John ambulance service will soon have to put staffing and service cuts in place, reports Jessica Roden of One News. That comes out of an independent review conducted by consulting firm Martin Jenkins, which was released to the broadcaster. The government’s position on the matter is a bit weird – health minister Andrew Little said the ambulance service had the government’s “unwavering commitment”, but would not commit to full funding. Meanwhile, St John Chief Executive Peter Bradley said it was simple what would happen next – “if there is no extra funding available to run this emergency service then we will reduce the service to live within the costs that the Government give us and it will be a smaller, slower service”.

Tauranga mayor Tenby Powell has resigned, and called on the government to replace the dysfunctional council he led with commissioners. He told the Bay of Plenty Times that he was sad rather than angry after the decision. To get a sense of just how dysfunctional things were, I’ll quote these jaw-dropping paragraphs:

Powell said that in his view, “There’s the odd light occasion but every single day, the core group of councillors is just horrific, to be honest.”

Powell is specific in who he is talking about. He made multiple references to councillors Steve Morris, Dawn Kiddie, John Robson and Andrew Hollis in the council meeting earlier in the day.

When Powell delivered his resignation announcement at that council meeting, Robson began loudly clapping before Powell had finished. The action incensed members of the public gallery, sparking jeers of “Robson, resign” and “disgusting” and “look at what you’ve done”.

House prices in the first home buyer end of the market have risen way ahead of wage rises over the last three years, according to this excellent analysis from Interest. As the data shows, that hasn’t necessarily flowed through to higher mortgage repayments, because of very low interest rates. Rather the biggest effect is around the deposit needed, and the overall level of debt that needs to be taken on.

Prisoner numbers are way lower than they were this time last year, and now sitting at the lowest headcount since 2005. Stuff’s Ripu Bhatia reports it follows a government strategy to get numbers down, given the various negative outcomes from high incarceration rates. The government says it is being done in a way that is safe for the wider community, but lobby group the Sensible Sentencing Trust says it shows criminals aren’t facing the consequences of their actions.

There are questions over how much – if any – spare space is currently available in managed isolation, amid figures that suggest a bit of room to move. Radio NZ reports that by one measure, there are about 1000 spare places right now – but MBIE have argued in response that such a figure doesn’t take into account the realities of operating facilities. Meanwhile, farmers are the latest sector group to plead for more space to be made available for key workers, reports One News.

Sewage spills in Wellington are happening at a far higher rate than the target, reports Stuff’s Joel Macmanus. In fact, over the past 12 months the capital’s decrepit pipes have gushed more than 2000 times, despite the target being set at no more than 100. Because of the state of the infrastructure, that target isn’t seen as a realistic one. Response and repair times are also below where the target suggests they should be. 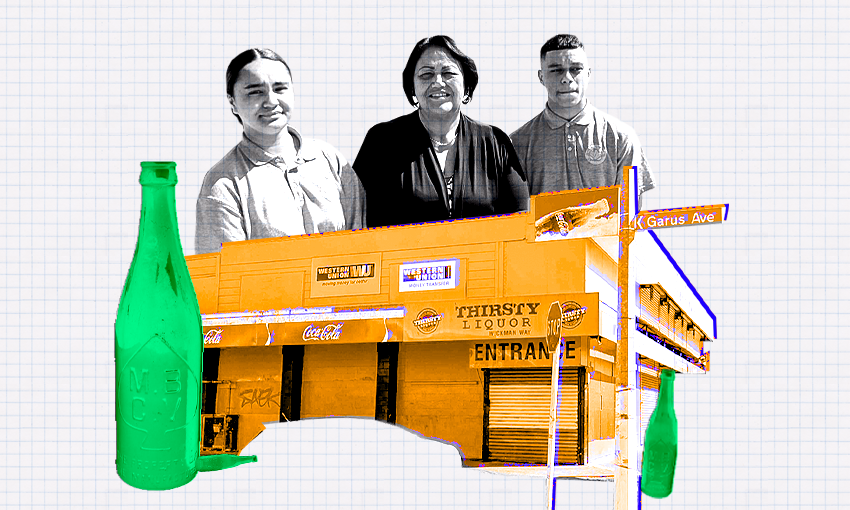 Right now on The Spinoff: Justin Latif covers the battle a Māngere East school had with the council over a liquor store outside the gates.Makanaka Tuwe writes about a club night in Auckland that is making a completely new space on the dancefloor. Musician Emily Edrosa writes about five things that influenced her new album, including mould. On The Rag wrestles with the question of when it’s socially acceptable to get your boobs out. Simon Mark-Brown writes about making a documentary film about his reclusive neighbour on an isolated island. The Fold podcast speaks to NZ Rugby boss Mark Robinson about the complex business of televised professional sport. Author Chloe Lane interviews Zina Swanson, whose paintings are inspired by old and outlandish books about botany. Ruby Clavey writes about a compulsion to pick away at her cuticles, and how to stop giving in to the urge. And Michael Andrew writes about a new website aiming to make it easier to find women or gender diverse tradies.

There are many reasons why the production of palm oil should disgust anyone with a conscience. But as this new report from the Associated Press shows, one of the most pressing reasons is the severe and disgraceful treatment of women on plantations, many of whom have no choice but to work there. Many major brands selling products in New Zealand use palm oil created by workers enduring these conditions. Here’s an excerpt:

Many families living on plantations struggle to earn enough to cover basic costs, like electricity and rice. Desperate women are sometimes coerced into using their bodies to pay back loans from supervisors or other workers. And younger females, especially those considered attractive, occasionally are given less demanding jobs like cleaning the boss’ house, with sex expected in exchange.

In the few cases where victims do speak out, companies often don’t take action or police charges are either dropped or not filed because it usually comes down to the accuser’s word against the man’s.

“The location of palm oil plantations makes them an ideal crime scene for rape,” said Aini Fitri, an Indonesian official from the government’s women and children’s office in West Kalimantan province. “It could be dangerous in the darkness for people, especially for women, but also because it is so quiet and remote. So even in the middle of the day, the crime can happen.”

The premier Women’s OD cricket competition is underway, and there have already been two standout performances at either end of the spectrum. Stuff reports the best of the weekend was a century for Canterbury captain Frankie Mackay, who plundered 142 in a win over Otago. Meanwhile, Auckland put in a shocker to be bowled out for just 49 against Central Districts – the top scorer was wides, with 19. Central backed the performance up by rolling Auckland for 86 in the second match of the double header. The opening rounds are taking place without some of the top women players in the country, who are over in Australia for the Big Bash.