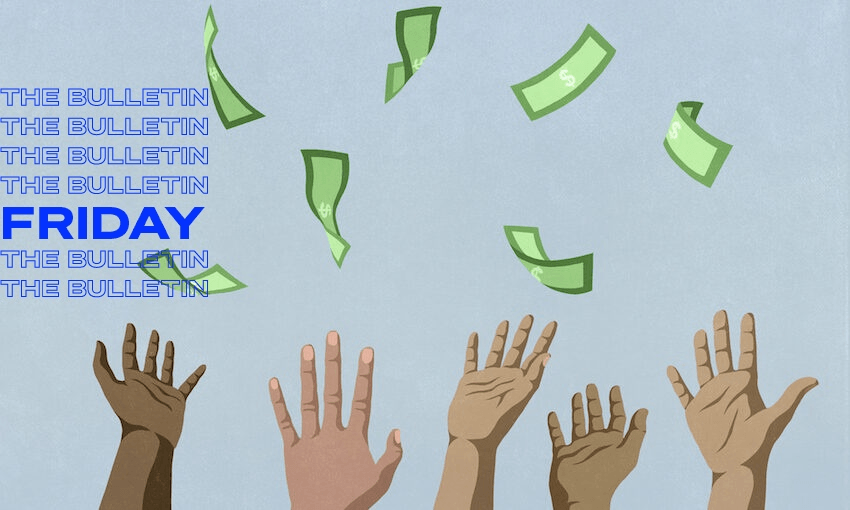 With high inflation expected to stick around, it’s time to ask for a raise. (Getty Images)

Is it time to ask your boss for a pay rise?

With high inflation expected to stick around, it’s time to ask for a raise. (Getty Images)

Inflation is soaring around the world and NZ hasn’t been spared. Domestic prices are growing at the fastest rate in a generation, with inflation hitting a 31-year high of 5.9% at the end of 2021. As Hamish Rutherford writes in the NZ Herald (paywalled), the last time inflation was this high “the Reserve Bank was given new powers to use interest rates to keep prices stable”. Much of New Zealand’s recent prosperity grew in that predictable environment. Too much inflation is bad for an economy, it often means that basics become more unaffordable and families struggle to budget when prices are rising fast. It’s hard to shop wisely when you don’t know what a good price is anymore.

This problem isn’t going away soon. Predictions set last year that this unexpected bout of inflation would be a temporary blip caused by Covid-19’s wrecking ball on supply chains have been dashed. Experts are now predicting another year of fast increasing prices, with inflation continuing at high levels into 2023. According to One News, the prime minister said after the StatsNZ figures were released that global pressures, like a 30% surge in petrol prices, were behind the inflation increase. Some of that is true and inflation is not a partisan issue, it would be happening regardless of who is in the Beehive, but there’s a local dimension to the problem.

Non-tradable inflation was way up. Economist Brad Olsen told The Bulletin that there are some troubling indicators in the data. One of them is non-tradable inflation, which is a measure that only looks at the increase in prices of things we don’t get overseas.

“Diving into the numbers deeper, you get a sense that there is some international stuff at play, but 5.3% in non-tradable inflation isn’t stuff we are importing, that’s demand exceeding supply here”, said Olsen.

That far exceeded expectations and is the highest level on record. House prices, rental hikes and the cost of some local materials are increasing prices across the economy. The increasing cost of nearly all our imports, from face masks to PlayStations, has made the problem worse.

While the roots of inflation aren’t partisan, this will quickly become a political problem for Labour, Henry Cooke writes for Stuff, because it’ll hit hardest the people the government says it wants to help.

So what does this mean for you? About half of New Zealand workers didn’t receive a pay rise last year, and for those who did, the average was around 2.5%. That still equates to a 2.4% pay cut. As RNZ explain, this won’t be a surprise for many readers who are struggling. The vast majority of workers enter 2022 worse off, with their weekly pay buying less than it did a year ago. Does that mean you should go to your boss and ask for a 5.9% raise? “In an ideal world, yes”, said Olsen.

Profits across the economy have been rising quickly over the past few years, pay packets haven’t increased much and labour shortages are being reported across the country. It’s a perfect storm for workers to flex their muscles. Profitable businesses face two options: Share the wealth or lose workers.

“Indicators of the labour market are telling us it’s difficult to find labour, there’s more poaching and turnover. What you might see is that if workers hold more power, they can go to their employers and tell them to make it worth their while to stay. If they don’t pony up the cash, they can lose their employees and it’ll be hard to fill their orders, because they can’t replace those workers,” said Olsen.