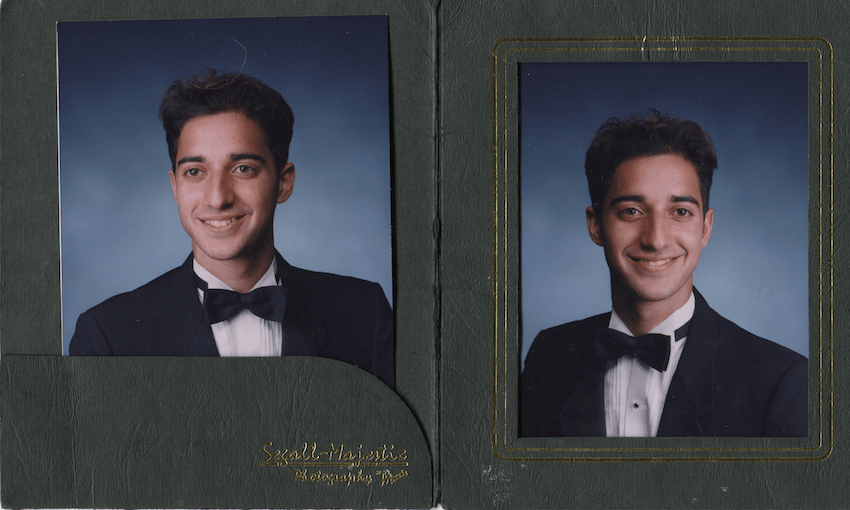 The Case Against Adnan Syed can be watched on TVNZ on Demand.

Review: The Case Against Adnan Syed gives the Serial story a feminist slant

The Case Against Adnan Syed can be watched on TVNZ on Demand.

If you’re not one of the millions of listeners who made Serial a podcasting sensation, let me introduce you to the facts. Sometime on the afternoon of January 13th 1999, teenager Hae Min Lee was abducted and murdered in Baltimore, Maryland. Her ex-boyfriend Adnan Syed was the only suspect the police pursued, thanks to incredibly dodgy witness testimony from a guy called Jay. Adnan was sentenced to life imprisonment having been found guilty of Hae’s murder even though there was literally no forensic evidence that he did it. He’s still in prison. He maintains his innocence.

Amy Berg’s documentary series The Case Against Adnan Syed contributes to a suite of cultural products that we can consume about this case. After Serial, Adnan’s close family friend, lawyer Rabia Chaudry, started her own podcast, Undisclosed, which went into much more detail about the case. Then Adnan and Rabia co-authored the best-selling book Adnan’s Story. If you want to know every detail about this case, you’re in luck.

Berg’s documentary uncovers very little new material, although for people familiar with the case through the podcasts, it’s moving to see the faces of a lot of familiar names. Jenn Pusateri and Asia McClain are particularly compelling witnesses. One of the two steadfastly believes that Adnan is guilty based on the first story she heard about the night in question; the other might have spared Adnan’s entire sentence had his original lawyer bothered to investigate the alibi.

Adnan’s lawyer, Cristina Gutierrez, is one of the villains of this case. Gutierrez’s incompetent counsel is as plain as the nose on your face, but Berg spares her the post-mortem roasting that other documenters of this case usually give her. Instead we get a fun investigation of the deputy attorney, Thiru Vignarajah, who seemingly won’t let this case go. There’s an implication here – both Vignarajah and Syed are children of South Asian immigrants, and both went to the same high school, although they were different generations. Race and religion are huge factors in this story. Syed is a Muslim man, and hideous racist stereotypes about Muslims and gendered violence were playing out in the media at the time of his arrest. Hae was a Korean American high-achieving student. Their relationship was shrouded in Montague/Capulet mystery and sneakiness. This is the culturally constructed narrative: Pakistani Muslim boys aren’t allowed to date Asian girls, and Asian girls aren’t allowed to date boys at all. Adnan killed Hae because she dumped him and because he was Muslim. So much familiar disgusting racism. And it’s not just a media angle, it’s literally the argument that the state’s prosecutors used.

The reality, as we see it through the testimony of their friends and from Hae’s diary, is that they were a couple of kids who were in love. Adnan was a good son, and a typical teenager. He went to mosque, and he smoked pot. So far so incredibly normal. Hae was an honour student and teacher’s pet, and she sneaked around with dudes because she wasn’t allowed to date. How ordinary. Hae and Adnan were genuinely in love, and then they broke up a bunch of times and Hae started dating someone else. Then someone killed her.

I think Adnan is innocent, and I think there are at least three good theories as to who killed Hae Min Lee, but the conviction against Adnan Syed stands despite one major ruling that his conviction should be vacated and he should stand trial again with a swathe of new evidence.

So, who killed Hae? This documentary doesn’t really investigate that, which is fair enough I suppose, but I want answers. Maybe it was Don, maybe it was Alonzo, maybe it was a random serial killer passing through town. Heck, maybe it was Adnan. At this point it seems unlikely we’ll ever find out, short of a confession. Yet there is a feminist slant to the documentary which gives voices to many of the women in the lives of both Hae and Adnan. Almost all of the interviewees are women who are frustrated by aspects of the case and want the truth to come out. Asia McClain, whose alibi evidence was never investigated, is an example of this.

Lawyers Rabia Chaudry and Susan Simpson are the heroic Holmes and Watson of Adnan’s case. A woman friend of Hae’s family speaks passionately about the injustices suffered by Asian victims of violence, and the devastation Hae’s death had on her family. Animation sequences in the first episode based on Hae’s diaries give a heartbreaking insight into this emotional life of this young woman who would be 38 today if she hadn’t been brutally murdered. Rabia Chaudry says something that I think resonates most strongly with a feminist perspective on true crime. Although freeing Adnan is the major motivation for her, Chaudry also believes that having the wrong person convicted and imprisoned for Hae’s murder isn’t justice for Hae. Two families have been shattered by this case, while there’s every chance that a third family has no idea that one of their number murdered this young woman.

If you’re unfamiliar with Adnan Syed’s case and you rather fancy the occasional true crime documentary in your television diet, this is a slow rainy Sunday afternoon of a TV show. If you’re a Syed purist, or at least a Serial listener, then this miniseries will act as a refresher on the case, and give a visual element to the story. The Case Against Adnan Syed lays out fragments of the case but it doesn’t tell the whole complex story. It’s a sad, sorry affair with little hope of definitive resolution. Berg’s intimate filmmaking style gives the viewer close access to the emotions of justice. Storytelling like this gives the victim a stronger place in the narrative, which, if nothing else, is progress in the true crime genre.

You can watch The Case Against Adnan Syed on TVNZ on Demand right here.