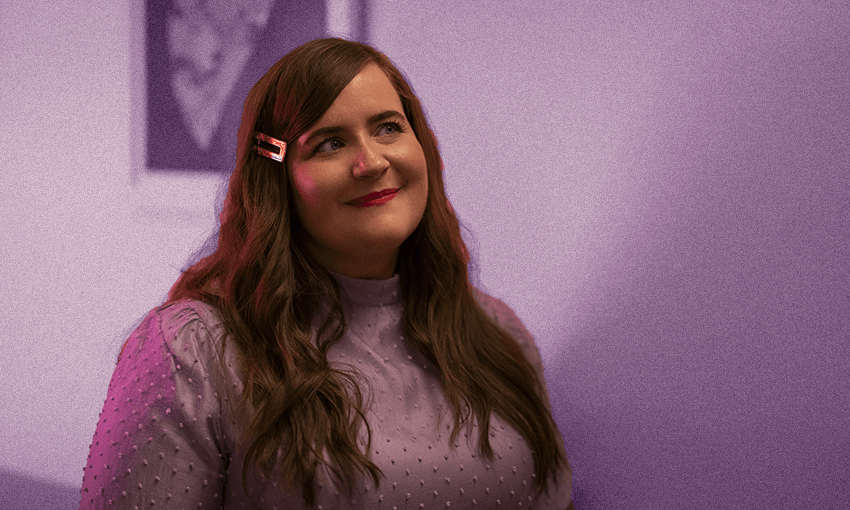 Shrill’s a celebration of fatness, friendship and feminism

Shrill, now streaming on Neon, is more than just a comedy – it’s a landmark in millennial feminist storytelling.

Shrill is a sitcom with social grit and feminist nuance that goes where other fat-focused shows have failed to go before – straight into your heart. High on laughs and equally high on feels, the shows centres on Annie, an up-and-coming journalist and essayist in Portland, Shrill examines love, friendship, work and fatness with lightness and full-bodied humour, without ever sacrificing an opportunity to make a great point.

Fatness is one of those awkward topics that people never seem to be able to talk about productively. The fat acceptance movement, along with the health at every size movement and the body positivity movement, have made some people – fat people, mostly – more comfortable talking about and embracing fatness. Most people have probably encountered body positivity through fitness fanatics on Instagram trying desperately to accept their perfect bodies despite their one stretch mark. Fat acceptance and health at every size are movements that dare to recognise that all bodies are good bodies, worthy of respect and love. Annie’s fatness is a central social and intellectual motivation in Shrill. Fat people are celebrated in Shrill, because fat people are people and people are amazing.

Annie writes an explosive article about her own fatness that goes viral and gets her a ton of positive attention. Annie and best friend Fran go to a fat babes pool party, where Annie breaks a childhood curse by jumping into the water freely and without body shame. Yet the negative social conditioning and bullying surrounding fatness is also present, as it is in any fat person’s life despite their best efforts at self love. Annie’s troll comes after her using body-based insults. Her boss Gabe openly mocks her, and tries to make an economic example of her by using office fitness goals to offset insurance costs. The threat of judgement is never far away.

Flawed protagonists give writers and audiences a wonderful device through which to explore that universal truth: we’re all a bit shit, as well as a bit great. Shrill sublimely pursues this frame, meaning that Annie has a relentless relatability – from her socially awkward extroversion, to her settling-for-Mr-Right-Now romantic desperation – that makes you fall in love with her over and over again. Sure, she does and says a bunch of things that are pretty off-base, but she’s learning how to be a human, just like the rest of us.

Helmed by the brilliant Lindy West, a journalist and memoirist whose work in fat positivity spaces has helped to accelerate the movement, the show is a fictionalised version of her memoir Shrill: Notes from a Loud Woman. This show is about women, through and through. It’s about women in love, women’s friendships, and fat women’s lives.

The first season has a throughline based on West’s incredible pursuit of an internet troll. Pissed off at the constant stream of fatphobic misogynist abuse she was getting in response to her writing – and equally fed up with the placations of “don’t feed the trolls” and “don’t read the comments” – West was disgusted one day to find that a troll had used her dead dad’s name and photo to set up an account specifically to harass her. So she tracked him down and confronted him.

Annie – played to perfection by the brilliant Aidy Bryant, of Saturday Night Live fame – does something similar. In response to a barrage of daily comments calling her a pig, she figures out the address of her main troll and goes to confront him at his home. It turns out he’s exactly who so many of these people are: just a boring man with a good job who is sick of women having anything to say.

Running in parallel with this story is the development of Annie’s writing career. Her toxic boss Gabe, played by Hedwig and the Angry Inch creator John Cameron Mitchell, berates and undermines her. There’s a great tension in this relationship because even though Gabe is a dickhead, the viewer has a subtle feeling that maybe, just maybe, Annie is being a bit, you know, uppity? Like, maybe she’s not always right? There’s always the vague feeling that the wolf is at the door. When Annie tries to go freelance, and figures out just how hard it is to make money ad hoc, her desire to go back to the toxic boss hits the precarity bullseye.

Not many shows – especially sitcoms from the US – get into the financial weeds with this kind of optimistic honesty. Figuring out how to make money and be happy is a huge part of the millennial condition. Home ownership, parenting securely, retiring early – what are these concepts? Sure, the gang from Friends cohabited platonically, but it’s a new and fantastic quality in comedy shows to actually address financial uncertainty. Annie and her friend Fran have each other’s backs emotionally, socially, and financially. Like religion and politics, money is something millennials and Gen Zers are teaching themselves to talk about without shame.

The stress of trying to please your family – but especially, my god, pleasing your mother – is something that Shrill just nails to the wall and secures with earthquake-proof braces. The shudder of recognition that went down my spine in episode one when Annie starts eating a Weight-Watchers-style meal was felt throughout the Aro Valley like a 6.1 shake. So many fat women will relate to the difficulty Annie has talking to her mother. We learn our relationships to our bodies through the women who raised us and what they learned from the women who raised them.

While Shrill doesn’t get deep into the theoretical weeds with inherited traumatic attitudes towards our bodies, it doesn’t need to – the messages are loud and clear through the food policing and bubbling intergenerational tension. This is such an important part of diverse representation, and why we need to see bodies of all sizes in fiction. When fat people are the protagonists, and not just a lazy clown trope, we get to unpack the layers of social conditioning and anxiety that have been forced into mainstream discourse about food, health or sex.

Everyone in Shrill is flawed, relatable and incredibly human, and the show’s take on the brutal truths of life, love and family in a fat body make it vital viewing.

You can watch both seasons of Shrill on Neon now.