A film adaptation of Patricia Grace’s novel Cousins, directed by Māori directors Briar Grace-Smith and Ainsley Gardiner, is a hopeful glimpse at what could be a new era of cinema in New Zealand, writes Charlotte Muru-Lanning.

It says a lot about our expectations of New Zealand cinema that seeing Māori characters treated with kindness left such an enormous impression on me. In fact, it floored me. Māori are so used to our own being portrayed as negative stereotypes, and it was a relief to see something entirely different.

Cousins treats our people and our tikanga with a tenderness rarely seen on our screens. Māori women are front and centre, portrayed as complex and multi-layered leaders, each in their own specific way. Māori male characters, rather than being depicted as violent or angry as they so often have been, are instead loving husbands, kind caretakers and gentle kaumātua.

It’s a film defined by aroha – something director and producer Ainsley Gardiner says “is a big part of what it is to be Māori, and we forget that when so often that side of us isn’t shown”.

Based on Patricia Grace’s 1992 novel of the same name, Cousins follows the interwoven stories of Mata, Makareta and Missy. They’re characters that, while each so different, feel familiar and recognisable. Like the book, the film moves between the 1940s and the present day, constantly shifting back and forth in time as the three cousins – each played by three different actors, at different ages – navigate the world around them. The film is intimate and you’re often drawn in close to the characters, with the camera nestled among the three or looking at the world from their point of view.

The film deals with complex cultural practices like taumau (Māori arranged marriage, also called tomo) with the same gentle hand it uses for its characters. All of the complexities of the custom are portrayed with care. In the film, taumau goes beyond the two individuals involved. We’re shown the very real hurt that can come from the practice, but we’re also shown its strength and beauty.

“The marriage is a metaphor for the survival of our community and our land,” says Gardiner. “It’s not an individualistic pursuit, it’s not romantic, but it ends positively.” 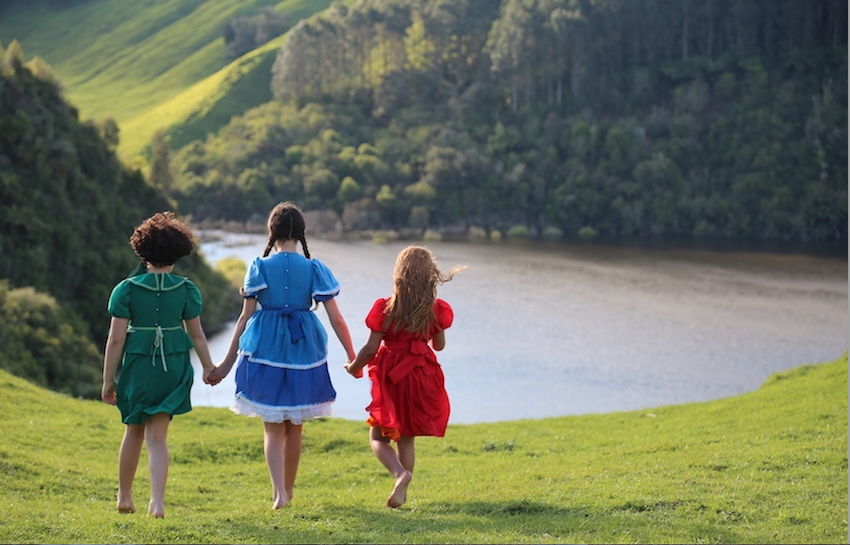 A still from the film featuring Mata, Makareta and Missy (Image: Supplied)

Whakapapa links the characters to their land and each has a very different relationship with the idea of home. The first character we meet, Mata (played by Te Raukura Gray, Ana Scotney and Tanea Heke), is separated from home by being uplifted and put into state care as a child. All the while, her whānau struggle to have her returned. Her separation has ongoing ramifications for her own sense of cultural identity and is a source of mamae for her family, especially for her two cousins, who search for her throughout the film.

Makareta (played by Mihi Te Rauhi Daniels, Tioreore Melbourne and Briar Grace-Smith) moves away from home, to Wellington, while Missy (played by Hariata Moriarty, Keyahne Patrick Williams and Rachel House) stays at the pā, holding the fort as a proposed motorway threatens to cut through the whenua. The diverging paths of each of the cousins reflects the diversity of Māori experiences. You’ll likely see something in each of the characters that reminds you of people you know; your aunties, nanas, friends, maybe even yourself.

Subtle conflicts in the film will be familiar for many Māori. Missy, busy in the marae kitchen and on the phone to Makareta, rolls her eyes as Makareta justifies staying in the city. Missy is keeping the fires burning at home, yet Makareta uses her legal knowledge to fight the threat to their land. While they approach it differently, they both have the same objective: protecting their whenua.

Although the film traverses these contemporary political issues for Māori – colonisation, land loss and state uplifts of children – the film-makers are intentionally subtle in the way they deal with political themes. Rather than being explicit, they are portrayed as an inherent part of the cousins’ world. These women live and breathe the intergenerational effects of colonisation, and for them, as for all Māori, politics is part of the furniture.

“An indigenous story is inherently cultural, social, political, so that’s just naturally what happened,” says Briar Grace-Smith, who wrote the script, directed and also starred in the film as Makareta.

Like the novel, the film isn’t bound by limiting Māori stories to responses to colonisation; it’s political through its understanding of traditional Māori ways of doing things and of seeing the world.

Beyond the themes and the content, the way the story is told is itself indigenous. Māori storytelling traditions are echoed in the fragmented and non-linear narrative. By operating in the present and the past, time is fluid in the film, just as it is in te ao Māori.

Throughout the film ghosts appear, but are treated as expected and non-threatening. Children see taniwha and often seem spellbound by everyday objects, like marbles. They’re moments that show how for Māori, the magical is intertwined with the everyday. “It’s a metaphor for how our spirituality works,” says Gardiner. “This idea that the living and the dead are just alongside; there’s not two realms, there’s just this realm.

“This is a different way of storytelling but it’s just as valid as what we’ve learnt from the western tradition,” she says.

The film has a rich whakapapa, the enormity of which you feel while watching. Pioneering Māori film-maker Merata Mita, who died in 2010, had originally planned to adapt Cousins into a film and worked on a script with the book’s author, Patricia Grace, in the 1990s. Briar Grace-Smith, Patricia Grace’s daughter-in-law, wrote the new screenplay, and says the work Mita and Grace had already done adapting the novel – and the problems they’d encountered along the way – paved the way for her version. It’s the many hands that have touched this film that make it so important.

“It was one of the most beautiful film scripts I’d ever read,” says Gardiner. “It was tragic that Merata’s film was never made, but for us it just forms part of the whakapapa of the film – not the content of it, but the spirit of it.” 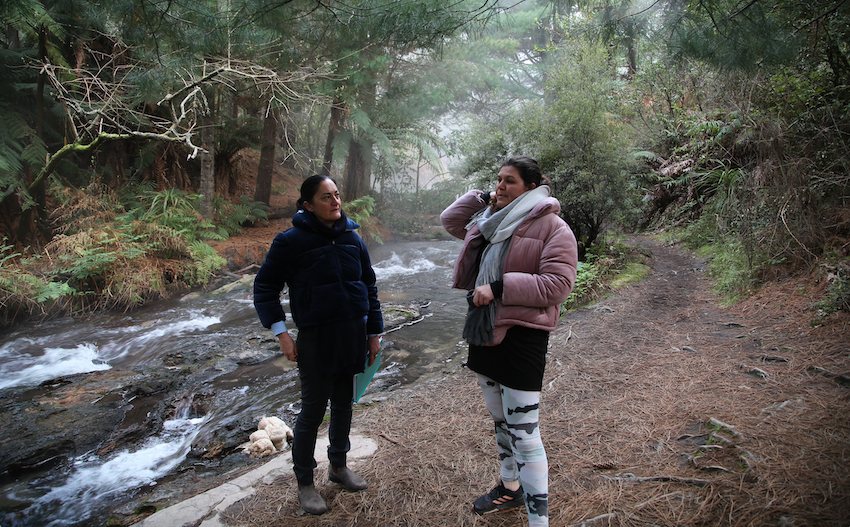 Grace-Smith says it was a lack of support at the time Mita was working that prevented the film from being made then. Social changes, spearheaded by global movements for women and indigenous groups, have forced change that’s made the film possible today. “It’s the idea that marginalised voices have value, and the mainstream is starting to take notice.”

Mainstream audiences, says Gardiner, are “starting to understand that the things that are in indigenous storytelling and in the voices of marginalised people are actually the things that deeply resonate with us as humans”.

Change is happening, but it’s slow. In Aotearoa screen history, it remains incredibly rare to have a film made by Māori women. That this film has been made by two Māori women is of course cause for celebration, but also an appalling reality for the directors. Cousins is the first feature length film directed by Māori women since Merata Mita’s groundbreaking 1988 film Mauri. There have been incredible short films, television films and documentaries made by Māori women in the meantime too. But in 2021, it’s frustrating that we’re still marking ‘firsts’ at all in Māori film-making.

“We don’t want that accolade, we want to be holding hands with a dozen other Māori women who have made feature films,” says Gardiner.

Cousins is a film that achieves so much, and yet it’s the subtle moments of the film that stay with you long after watching. Really, it’s hard to find the exact words to describe why Cousins has left such an impression on me. It’s all fleeting feelings that sway between warmth for the characters and the real-life people they remind me of; and anger over land and children taken by the state. Just like the rest of the audience, I left the cinema teary-eyed both times I’ve watched it. I think everyone had a sense of how important the film is in itself, but also a sense of hope for the possibilities of Māori storytelling on our screens that lie ahead.