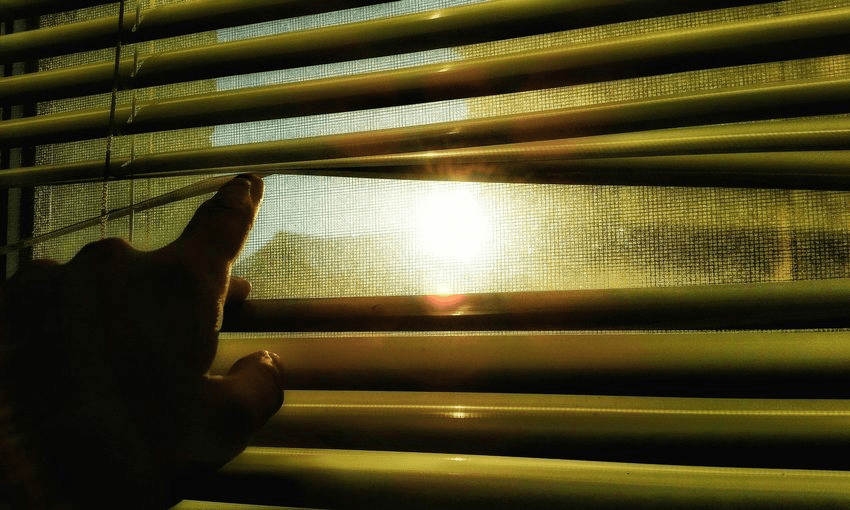 How a council email footer sparked a local government conspiracy

A rogue Auckland Council email footer has sparked a wave of angst and recriminations in the sleepy North Shore suburb Takapuna. Hayden Donnell explains footergate – and how it fits into the broader conspiracy culture in local government.

These are the facts we know about the email the lobby group Generation Zero sent out to its Auckland supporters on August 17:

That’s when all hell broke loose.

O’Connor claims Jackson forwarded her the email with the footer attached. When she saw it, she was immediately suspicious. She was certain only elected representatives or council officers could attach a council footer to the bottom of an email. In her mind, this was evidence of something she’d believed for a long time: someone within council was helping Generation Zero distort the public feedback on the plan, which would see the Anzac St car park converted into public space and a multi-storey parking building constructed nearby.

Earlier this year, a Colmar Bruton poll showed  69% support for removing the Anzac St car park and replacing it with public space. O’Connor never believed the result. She thought someone was trying to make it look like the community was in favour of getting rid of the car park. Now she had evidence. She immediately had one name on her mind: anti-car-park councillor Richard Hills. “There’s a rat smelling. I’ve been around since 1986 in politics and I’ve never smelt this rat before,” she told me in a rambling 30-minute phone call. “Never, never, never have I smelt anything as bad as what I’m smelling now.”

Word spread quickly among the pro-car-park campaigners. They saw the email footer as evidence of a wider plot by council developers Panuku, Generation Zero, and other apartment advocates to develop the Takapuna car park. Jackson and O’Connor were joined by Wayne Walker, an ostensibly left-wing councillor who spends a lot of time advocating for low-efficiency highways and opposing housing for lower-income buyers. He decided to raise the matter of the email footer in a meeting of the council’s planning committee. The conspiracy had gone all the way to the top.

Hills gave me a briefer statement on the matter: “This is all a ridiculous conspiracy theory.”

He’s right. This episode followed a similar trajectory to many of the issues that come up in local council. What started out as a routine debate over planning blossomed into a full-scale menagerie of hysteria, misinformation and conspiracy theorising.

The email footer was amalgamated into a wider belief in shadowy forces lining up to thwart people’s full-throated democratic demands to keep a terrible car park in the centre of a growing town centre. In my interviews with them, both O’Connor and Walker raised the possibility that the council’s development wing Panuku, Generation Zero, and other forces had worked together to rig the vote on two rounds of consultation that showed 69% and 55% support for removing the Anzac St carpark, respectively, but their accusations against Generation Zero and Panuku in particular were many and varied.

Their willingness to peddle misinformation and deliver dire pronouncements about shadowy council plots is in line with a wider culture in local government. Recently, Kevin Clark of the Northcote Residents Association warned of “human crushes” once SkyPath is built, mining his fevered imagination to envision a scenario where hordes of panicked cyclists are driven into the sea.

Lisa Prager, who led a revolt against a cycleway development in Grey Lynn and helped oppose public transport improvements in Mt Eden, believes The Spinoff, Generation Zero, and the advocacy group Greater Auckland are trying to enact “Agenda 21” – something that in reality is a set of United Nations resolutions about sustainability, but in the minds of conspiracy theorists are actually part of a plot to rob people and countries of their liberty through cycleways.

Even the comparatively rational Public Transport Users Association accuses Greater Auckland of puppet mastering the government because it refuses to back a train line out to Huapai.

It’s funny, and it’s not. I can’t count the number of bizarre theories I’ve heard in 11 years of attending council meetings. The loudest voices talking to council are often the most resistant to facts; the most vulnerable to fantasy. It’s not that worrying – mostly these people are dismissed as kooks – until actual councillors like Walker not only to hear them out, but advance their cause.

Generation Zero spokesman Leroy Beckett edited the email that launched footergate. He spent a few panicked moments scouring his email account after getting a call from a Stuff journalist about Walker’s in-council accusations, but denies ever attaching a council footer to his email. He also denies being part of an anti-car-park conspiracy involving Panuku, council and councillors on the North Shore. “We got no help from Auckland Council. We’ve met with Panuku before because we are stakeholders. I’ve talked to councillors in the area because we care about this development. I do my job. What have I done wrong?”

Beckett said few people are truly passionate about local government, and the ones who are often end up becoming disconnected from reality – leading to incidents like this one. “There’s not a lot of coverage of [local government]. It’s not a thing most people know a lot about. So the people who really do get down a rabbit hole with it become really obsessive about it.” In other words, too much local government can poison the mind.

At the end of the interview with Beckett, I realised I’d signed up to a Generation Zero mailing list at some point, and may have received the email in question. I found it in my promotions folder, unread. There was no Auckland Council footer at the bottom. O’Connor, Walker, or another pro-car-park councillor most likely accidentally added it when they forwarded the email to each other.

All that fuss – all those accusations – over something that never even existed.