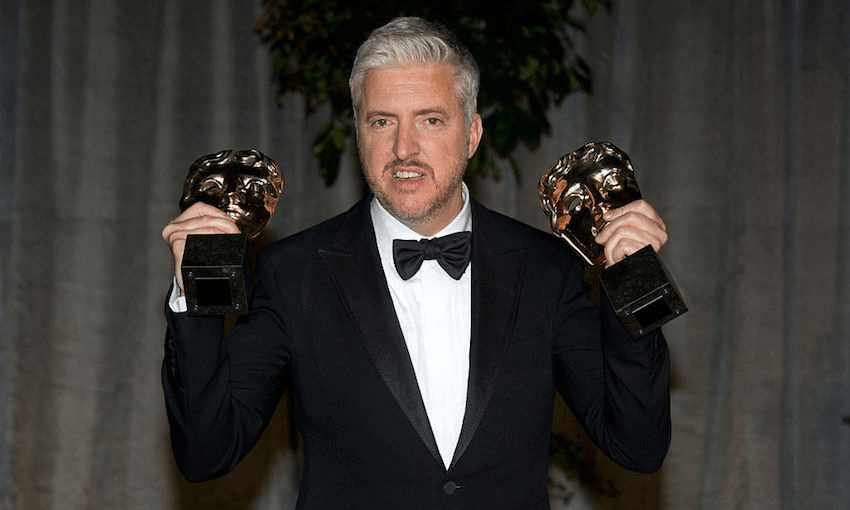 By Anthony McCarten
Guest writer
Made possible by

Anthony McCarten is nominated for Oscars and wins Baftas for the films he writes, such as The Theory of Everything and Darkest Hour. The New Plymouth-raised writer is also a novelist with a devoted following in Germany. He reports from his latest tour.

My book tour is nearing its end. The book I am touring has lost its lustre for me. Last night I was in Regensburg – famous outside Germany for the systemic abuse of choirboys by the former Pope’s brother – and tonight I spoke acceptably well to a room of assorted enthusiasts at a Literaturehaus in Leipzig.

The questions from the floor were efficient, my answers wanting in spontaneity. But afterwards the organisers were perfectly generous. They congratulated me. They were happy. They all have great dental work, the benefits of private health insurance. My talk was all “very, very interesting.” They asked me to sign more unpurchased books than they will ever sell and then offered me Müller-Thurgau and meatballs at a table where, in a scrum of six diehards, the conversation finally found common ground with a discussion of snow and delays upon the Halle/Leipzig line.

I’ve been on the road now for 14 days, criss-crossing Germany, Austria, Switzerland, delivering 14 readings thus far. The quaint towns and brutal cities all melt into one another with Alzheimic ease. But one thing that stands out, always, are the hotel room keys here, or more specifically the metal weights with rubber bases affixed to them. I’ve noticed a curious phenomenon of late that I wish to share with the reader. It appears to be a truism that the worse the hotel the bigger the key. Certainly, the hotel here in Leipzig is – I dare not call it atrocious least the good burghers of Leipzig chance upon the Spinoff Review of Books – but the hotel key-tag is fucking immense, big enough to be a counter-weight for an elevator, or to weigh down a corpse after a cosa-nostra whacking. I think I know what’s at play here. The more financially straightened the hotel the more painful the loss of a key, any key. The solution? Append as many kilograms of brass as possible on every key to politely remind the tourist to do them a favour.

But enough of German pensions. I wish to speak of the German people, luxuriating in idyllic towns dusted with late-season snow, with as many cuppola’d churches as houses, stuffed with storied cafes with old moustachioed men bent in earnest debate, in the streets Fräuleins slowly peddling old-fashioned bicycles over the cobbles, the cling-cling of their jostled bells, with baskets fore and aft carrying home to their nuclear families produce hand-picked at open-air markets, wrapped in brown paper.

Germans have poor eyesight. Or at least they resort early to wearing steel-rimmed glasses at the first opportunity. To look intelligent is thought beautiful here. The effect is to make them seem curious as a people, avid to see. They are also gentle, as if by a concentrated act of will. They are earnest, sincere. In their company I – a fairly unassuming character in any Anglo-Saxon environment – come across as a barn-burner, a riotous heathen shit-kicker apt to say the wildest things, such as my statement tonight:  “Never write what you know, write what you want to know!” It inspired cries of “Himmel!” and “Sere gut, sure gut!”

Onwards I go, town to town. Reading. Being read. Ideas created in the privacy of my little room in London, finding strange purchase here in Nikarbishopsheim and Manheim. I am traversing an ancient empire selling strange antipodean fruit. Faithful to my itinerary I move, station to station, reading from my new novel, American Letters, about a young woman who seeks out the dying Jack Kerouac to secure his permission to be her official biographer.

After five previous book tours of the German-speaking lands I draw some who are fans. They are not great in number, but they look at me with something like devotion. They are my patient reverential constituency,  who incline toward liking my early books with female protagonists. I can spot them at my readings, nodding their heads and saying before anyone else: “Mmmm” at the most apposite moments. They seem to want me – desperate for love – to feel loved by them.

Ah, what a miracle this is. What a gorgeous reward for my self-serving efforts to make a living as a writer and to win acclaim. Extraordinary, to be respected for being so selfish: for doing just what I want to do and no more. How many other professions are thus rewarded? Perhaps greed-driven businessmen who are obscenely knighted by the Queen and dubbed “Sir” or “Lady” for merely amassing wealth know the feeling.

So God bless the good Germans. Guilt hath served them well. Is there any better agent for self-improvement than guilt? I think not! And God bless any country that still respects and upholds the book, who reveres the creators of them, who still think it a sound entertainment option to attend a reading. What other land has a network of Literaturhaus? How many other countries have room in their digital-domains for the idea of the novelist as cultural authority?

For myself, as one who works increasingly in the barbarian world of film and TV, I can see how all this book-touring is frightfully anachronistic. But long live those who invite it: those bespectacled relics from another time, those well-dressed, ruthlessly organised folk who wish the world to love them, and – until they finally do – choose to love instead.