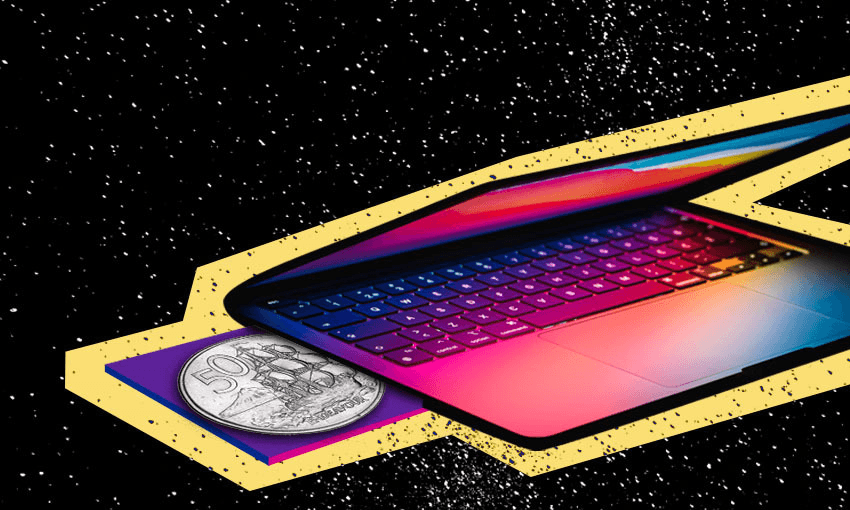 Micropayments for online media could be rising from the dead, writes Hal Crawford.

As news publishers in New Zealand and around the world increasingly put their content behind paywalls, it’s become common to click a link only to find that somebody new wants your credit card number. But you’re not going to give it to them, are you?

Chances are, you have already subscribed to the one or two news publications you are attached to enough to pay for. Finding another way for audiences to pay for news has motivated several startups to dust off the idea of content micropayments and declare that, this time, it’s for real.

Globally, most people do not subscribe to news at all. The 2021 Reuters Institute Digital News Report says that among those who do pay regularly for news, the median number of subscriptions is one. What that means is publishers desperate for revenue are turning away thousands of potential customers and those customers are getting increasingly annoyed at seeing sign-up pages.

A common refrain on Twitter and comment threads is people asking for a way to pay for just one article. It’s a simple idea that has proven remarkably resistant to reality.

I've seen this idea pitched, where folks could sign up for a service that lets them easily pay for a single article (25 cents? 50 cents) on news articles. The news orgs would have to sign up to participate but it would be SO USEFUL! https://t.co/B24NLpJQHY

This concept of pay-per-page is as old as the web itself. There’s an error code built into HTML – the language that web pages are written in – that I’ve never seen in the wild: 402, Payment Required.

Dutch company Blendle was perhaps the highest-profile micropayments failure. Founded in 2014, it aggregated high-quality news and charged small amounts for each article. It was heralded as a news saviour, expanding from the Netherlands to the US and attracting big investment, before it ran aground on small margins and low user engagement. Blendle retreated to subscriptions in 2019, came into conflict with publishers and was last year sold to a French magazine aggregation business.

I have spoken to two companies who are convinced they have the answer. Unlike Blendle, both Spotpass (Australia) and Fewcents (Singapore) make systems that live on the publishers’ own sites and take advantage of modern payment technology to make thousands of tiny transactions financially workable. There are some other startups focussed on content micropayments: Axate, from the UK, is probably the most established, and shares many features with both Fewcents and Spotpass.

Abhishek Dadoo, co-founder of Fewcents, says he was prompted to start the company when he kept hitting paywalls during Covid lockdown. He did some research and discovered there was no way he could pay beyond a subscription. “The opportunity is there because subscription fatigue is a new phenomenon, and quite common now. And the technology and the payment rails are available to make it happen seamlessly.”

Dadoo explains there is a minimum fixed cost for a credit card transaction – usually 30c – which makes it unworkable to immediately charge a customer for every small purchase. Given that most news stories are likely to be under a dollar each, charges have to be put on a tab – or “batched” – until a certain time limit or credit limit is reached. “You’re talking about making virtual payments up until a real payment can be processed, and when you are doing virtual payments, you are inevitably getting into the space of a digital wallet, which is keeping track of your virtual transactions up until the point it becomes a real transaction and it goes through the wire.”

Dadoo says it is now possible for startups like Fewcents to create digital wallets because of laws passed in many countries in the last few years.

Australian startup Spotpass was founded by payments experts who stress the importance of creating a “frictionless” sign-up for new users.

CEO Doug Howe, who was involved in setting up Sydney’s public transport payment system, takes me through what happens when a user hits a paywall. If the publisher has set up Spotpass there’s an option to pay a one-off fee to read the article within the standard subscription page. The price is written on the button and is set by the publisher, up to 99c.

As a new Spotpass user, I click and am prompted to enter my mobile phone number. A verification message is sent to me, the price of the article is taken off a $5 gift credit, and I am sent through to the story. Because Spotpass gives you credit initially, you don’t have to pay anything at first. The pain of dragging the credit card out is put off to another time. “Frequent payments have to be frictionless to make it easy for customers.”

But while audiences might love the system, aren’t publishers are going to avoid it? Surely a lot fewer people will take out subscriptions when they can just pay for single articles? Howe says that because publishers can target the Spotpass button “based on propensity to subscribe”, it is possible to avoid cannibalisation. An example is people coming from Facebook, who are notorious in publishing circles for reading one article and then leaving.

Fewcents’ Dadoo calls this audience the “never subscribers”. If you can tell who they are, what’s the harm in offering them a way to pay?

The voice of doubt

Tech analyst Benedict Evans, a former Silicon Valley venture capitalist, is sceptical because so many things have to go right for micropayments to work. “There’s a venture capital maxim that the fact that 50 people have tried this before and failed means that a lot of people think it’s a good idea, but it’s a lot harder than it looks,” he says. “That’s more or less the case here.”

So far so good for our two startups. “Thirdly, you really need to have a critical mass of publishers. Because you really need it to be one click, and one click on anything, as opposed to fishing out a credit card and signing up to this company.” This is going to be the hard part. “You’ve got the problem that the publishers all hate each other, and don’t want to give you control of their customer. And so you’ve got the politics of it as well.”

Spotpass says it has engaged with several big Australian publishers and will be ready to make announcements soon. Howe, who has lived in New Zealand, says he has also had strong interest from publishers in the country and it will be one of the company’s next markets.

Fewcents has done deals in India, South East Asia and the UK and has 14 publishers on board. Dadoo says he has many more “in the pipeline”.

Certainly the competition is going to be intense and there are small but important differences between the players. For example, Fewcents is focussed on making an internationally transparent payment system that allows audiences to buy content from global providers in local currencies. Spotpass emphasises a simple user experience and wants to take it one market at a time.

New Zealand finance news site BusinessDesk is paywalled, and managing director Matt Martel says he has been considering introducing micropayments to expand access to content and generate extra revenue. But any startup offering a micropayment service would face some big hurdles, including publishers making their own systems. “We could set up a solution in a couple of days using our existing Stripe [payments platform] architecture, so there’s a low technical barrier to entry … From a marketing point of view, we’d want an email address so we can at least send a single follow up email.”

He says micropayments could be a lot more about access than revenue. “Where I think micropayments may have a use is for people who want access to at least some quality news but cannot afford it. As more and more paywalls go up, access to news will become increasingly for the wealthy who can afford it.”

That could become more important as news increasingly comes with a price attached. One of the more startling facts I came across on my micropayments ramble was this: there are only 28 English-language publishers in the whole world with more than 100,000 digital-only subscribers. Twenty-one of them are in the US. While that number may be missing one of two outlets – the NZ Herald did not qualify because around half of its >100k subs include the physical newspaper – it is indicative of the relatively small pool of paying news customers.

I get the feeling micropayments will keep coming back until someone, somewhere, gets it right.