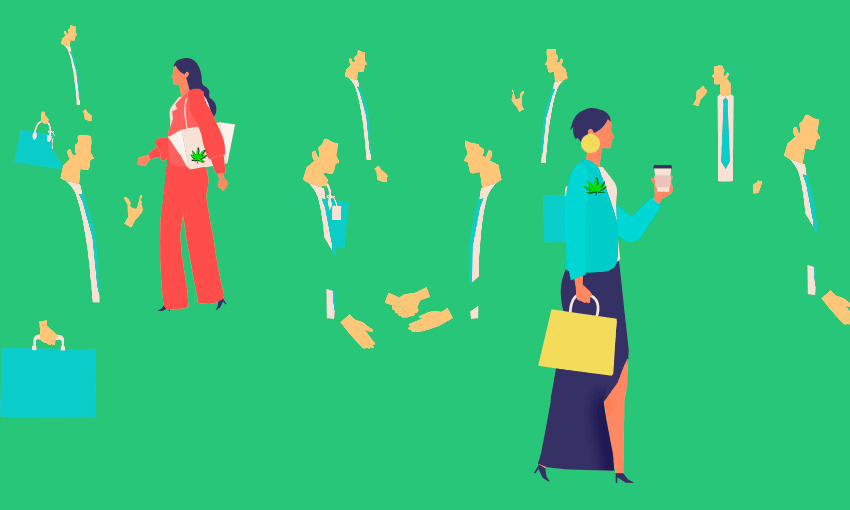 The women in weed on the lack of women… in weed

Women are best placed to get involved with medicinal cannabis. So why are there not enough of them in New Zealand’s fledgling industry?

Women worldwide command a buying power worth tens of trillions of dollars, influencing more than half of global household spending and twice as likely as men to pick up their families’ daily shopping needs. Women also make healthcare decisions for others more often than men, with 80% of mothers in the US usually in charge of doctors appointments.

But women and multicultural entrepreneurs, in the hunt for capital to grow their fledgling businesses, receive 80% less investment than businesses overall on the perception they pose double the investment risk. Investors seem less likely to connect with the sectors that women and minorities serve, and apply rigid definitions in determining whether those business owners fit their portfolio.

Medicinal cannabis has been legal since December 2018 but only for patients with terminal illnesses or chronic pain carrying a prescription for cannabis-derived treatments. Recreational cannabis, on the other hand, remains illegal after 51% of eligible voters in October 2020 rejected the government’s proposal to permit the illicit drug’s sale, use, possession and production.

Operating to some of the world’s strictest quality standards since the Ministry of Health’s medicinal cannabis regulations went live in April 2020, the industry – from entrepreneurs, investors and growers to researchers, scientists and pharmacists – is turning its focus to exploring, developing and manufacturing homegrown medicines that aren’t available yet for end users.

Currently, prescribed patients must import overseas products that cost hundreds of dollars. The wholesale price of a 40ml bottle from Canadian pharmaceutical and cannabis company Tilray, containing 100mg of cannabidiol per millilitre, is reportedly $433, including GST. It is one of only four products (all from Tilray) that meet the ministry’s minimum quality standards.

Commercial growers in the domestic industry are still hungry for capital that is, more often than not, held in men’s hands. “The financial output at the beginning is huge,”  says Organic Genetics co-founder Holly Wright. “We’re talking millions and millions of dollars. And, you know, predominantly in the investment space it is very male-dominated.”

Wright’s medicinal cannabis startup is seeking $4 million via crowdfunding platform PledgeMe to help fast-track a new indoor production facility in Auckland and finalise licensing approvals. The equity raise, which was due to close in three days, has been extended until 26 October because of the recent Covid-19 lockdown.

Wright has often entered rooms filled with just male investors, saying while her experience has been positive so far, she has felt underestimated at times. Heading a company as a woman brings advantages, she says, particularly around leading with empathy and compassion. Men undoubtedly show those qualities but “women do bring a special touch”.

Ora Pharm founder Zoë Reece’s  dealings with mostly male investors have been “absolutely fantastic”, she says, although one or two incidents were “pretty uncomfortable” (she declines to elaborate).

The structural engineer worked in Australia’s mining and construction sector before joining Curaleaf in 2017, then a startup. Now the largest medicinal cannabis player in the world by revenue, Curaleaf grew from about 200 employees to 3000 in the two years Reece was there. And as Curaleaf’s director of engineering, she oversaw an increase in facilities – from 16 sites in six states to 83 in 16 states by 2019. Her work at Ora Pharm is “just another day”, she says. “I’ve proven my experience so I get a lot of that, that investors have seen that I’ve done this before. I’ve got a proven model.”

Industries lacking different perspectives will be held back if they are made up with people who all look and think the same. Reece says she wants to build a company that looks like New Zealand, a guarantee that everyone’s viewpoint will be represented. “You’re not just getting one view of how this is used or one view of how this can help a certain person because ‘that’s helped me’. You’re also getting ‘hey, but I used it in this way’ or ‘I had this experience’ and there’s more diversity to the conversation, to the ideas and to the businesses that are being built.” Progress is happening, she says. “It’s moving in the right direction. Companies that are aware that they’re putting in females at every level, not just at a certain level, is fantastic.”

Helius Therapeutics, the first medicinal cannabis company in New Zealand to gain the ministry’s good manufacturing practice licence to manufacture medicines, has taken on three PhD students from AUT to research and develop the next generation of advanced cannabis products. That all three doctoral candidates are women is a coincidence, says the company’s chief executive, Carmen Doran. “It is exciting to see that talent coming through for the industry. They weren’t chosen because they were women but they all are and they’re all awesome.”

Doran, a trained mechanical engineer, can see the gender makeup shifting in subjects that fall under the umbrella of science, technology, engineering and mathematics (or Stem). She says more female scientists are coming through the industry, as are more women doctors and prescribers. While there is a perception out there that more men than women fill roles of leadership, some “really talented” women are changing that. But building future pipelines of talent, starting in primary schools, is how the dial will keep moving.

There’s an “entourage effect” in cannabis, where the result of its different active ingredients is greater when combined than if taken individually. The same can be said for businesses.

“My job as CEO is to create that platform that everyone’s voices can be heard and that everyone can bring their full selves, their background, their experience, their ideas all to the table so that we can come up with the best answer, she says. “It’s not always male and female, it’s often about looking a lot deeper than that.”

Raising capital is as much about having a business plan as it is about having chemistry with investors, and gender is irrelevant to the task of convincing them of one’s vision, Doran says. But there is some link, she recognises, between industries that care for others. Most healthcare decisions are made by women, and caring for others is important for anyone who works in any industry tied to medicine.

Sally King, the executive director of industry members’ association the New Zealand Medicinal Cannabis Council, says the imbalance is not “dire”. “It would be fair to say that initially we really had a limited number of women who were visible, but it’s changing.”

King is seeing increasing numbers of women emerge at various levels, from leaders and scientists to quality control managers, marketers and lawyers. While fewer women are cropping up in areas such as cultivation (a traditionally male space), more and more are getting involved overall, and King hopes the gender makeup will look more equal as the industry matures. “Every indication is that it’s heading in that direction. The real issue is the real fight for talent. I mean, the types of skills we need are relatively hard to find here.”

Dr Zahra Champion, the executive director of the country’s bioscience and technology membership body BioTechNZ, does not see an industry deliberately excluding women. “I don’t feel like it’s a male-dominated sector that people go ‘ugh’. It just happened to start out that way, she says. “It’s quite inclusive, the sector, because it’s so diverse in terms of what they’re trying to achieve.”

Champion organises the annual industry conference MedCan (postponed this year because of Covid-19), and she has struggled to find women prescribers willing to present at the event. “I’ve got a number of men who are very happy to be on TV, radio, and I don’t see the same with women. So, I’m just not sure, I don’t know why. It’s not necessarily that women don’t want to promote the product. I don’t know if women promote themselves quite like men.”

The local scene has got a tough road ahead, not least manufacturing consistently effective products that satisfy regulators, selling them into a competitive global market estimated to be worth US$16.5b, and creating a profitable, distinctly Aotearoa/New Zealand brand of medicinal cannabis. While Champion accepts there are not enough women entrepreneurs, the industry is aware of the gap, she says. “But we’ve got years away before we fill that pipeline because it takes time.”