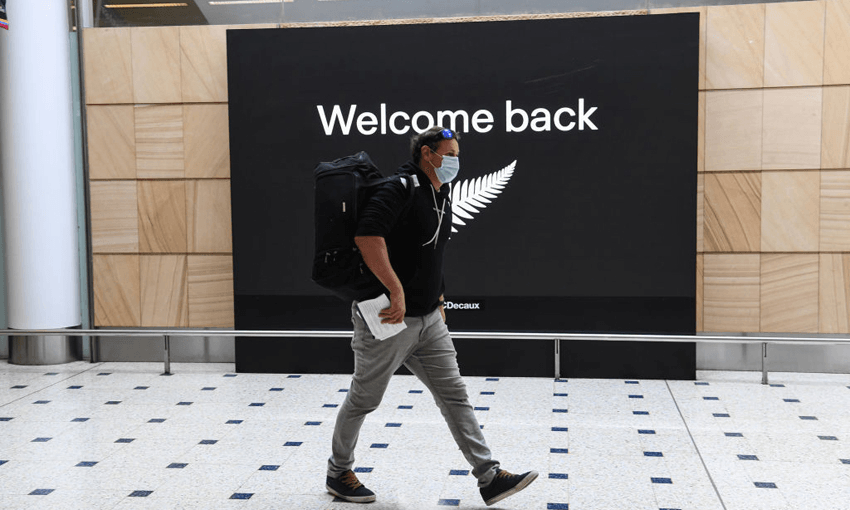 Exclusive poll: two-thirds think NZ on right track for ‘opening up’ after Covid

Plus: views on the elimination strategy and the economy, from a new representative survey by Stickybeak for The Spinoff.

Recent weeks have seen increased debate around New Zealand’s track to “opening up” after Covid-19. Scott Morrison of Australia laid out a “transition pathway”. Boris Johnson declared “freedom day” in England. A “Reconnecting NZ” meeting has reportedly been held among politicians and businesspeople in Wellington ahead of a “proposed pathway forward” from Covid-19 expected to be revealed by the government next month.

Any significant change in the current settings is, however, “a way away”, Covid response minister Chris Hipkins told media last week. “It’s not going to happen this year, I don’t think, certainly not in the early part of this year. I’d imagine things are going to continue much the same way as they are now.”

Does the increased coverage reflect the public mood? We asked people for their view of the current pace and almost two in three respondents, or 64%, reckoned the current pace was about right – and of those who didn’t think so, more thought we were moving too quickly, rather than too slowly.

What about the elimination approach? Here more than half thought it was still the way to go, though that number has shrunk by seven points from 63% to 56% since the last time we asked, in August 2020. It's not that more think it's the wrong strategy – that's in fact down a point to 17%. But more people are now unsure in greater numbers: that figure has risen from 19% to 27%.

Finally, we asked for a view on the state of the New Zealand economy in a global context.

In February, 57% of respondents thought that, compared to the rest of the world, the New Zealand economy was in better shape. That's slipped today to 51%. The "similar shape" column has grown from 22% to 28% and "worse shape" by four points to 11%,

Our new Stickybeak survey also asked people for their views on the state of contact tracing. We’ll have those results on Monday.

Respondents were self-selecting participants, recruited via Facebook and Instagram. A total of n=629 sample was achieved of adults in New Zealand, with 208 of those in Auckland. Results in this report are weighted by age, gender and region to statistics from the 2018 Census. For a random sample of this size and after accounting for weighting, the maximum sampling error (using 95% confidence) is approximately ±3.9%. The study went into the field on Thursday July 15 and was completed on Monday July 19. Numbers are rounded, so will not always add to 100%.