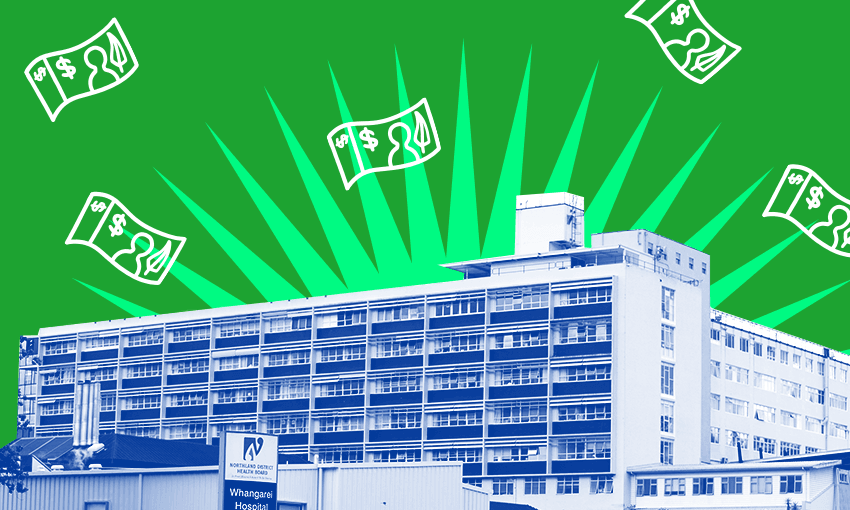 Delaying or re-evaluating the business case for crucial hospital projects is as self-defeating as an art lover flying to Paris then refusing to pay the entry ticket to the Louvre because the price went up.

It’s said that in 1972, when asked what he thought of the French Revolution, Chinese premier Zhou Enlai responded with “too soon to say”. The story has since been disputed, if not discredited, but the fact that it usually elicits a laugh highlights an important part of our culture – intergenerational thinking is so foreign that when we’re confronted by it, our only response is to sort of chuckle.

It’s not our fault. As a relatively young nation, asking us to consider a 100-year horizon is similar to asking a seven-year-old to put their pocket money into a nicely diversified index fund for their retirement. Long-term investing – which is arguably the closest parallel to building infrastructure – has a theory that the longer your horizon, the more you should focus on making the right decision rather than getting the right valuation. Attempting to time the market, they argue, is a fool’s game.

For example, in 2008 there were excellent models to confidently predict that a single Collateralised Debt Obligation (CDO) would yield 50 basis points more than the other. What they didn’t do, however, was tell you buying a CDO at that time was akin to putting your money in a mattress and giving it a Norse funeral.

Aotearoa’s current hospital redevelopment projects are going through the inverse of the same crisis. Brought about by significant cost escalation in supply chains, we’re pausing live projects and re-evaluating the business case on others. It’s a common psychological response to increased cost, but it’s as self-defeating as an art lover flying to Paris then refusing to pay the entry ticket to the Louvre because the price went up.

It’s hard to imagine a hospital can be a good idea if it costs $600m but a bad idea if it costs $700m. We either need a new hospital, or we don’t. And by every measure, we need more hospitals. Data from the OECD shows New Zealand has 3.6 intensive care beds for every 100,000 people. Australia has 9.4 while Germany has 33.9. Of the beds we do have, many are in buildings that are in critical condition.

In 2021 RNZ reported that raw sewage was leaking down the inside of the walls of Whangārei Hospital, and that the roofs leaked in heavy rain, the surgical wing was on a lean, and the emergency department was less than half the size recommended by Australasian guidelines. The current detailed business case for its redevelopment, should it be approved this year – after delays due to cost increases – sees building work start in 2025 and the first stage of the new hospital to be open in 2031. In context, 11 years after the first programme business case was completed, a hospital that is unequivocally broken will be fixed.

Of those 11 years, three of them will have been spent litigating and relitigating the decision. Much of those three years has been spent debating cost. This is a lot like deciding what to wear when the taxi’s outside with the meter running, because construction costs keep rising. Since June 1994, inflation-adjusted construction prices – as measured by the PPI Construction Outputs Index – have never decreased on an annual basis. In 1994, you got more than double the amount of hospital for every dollar you spent as you do today. Again that’s taking into account general inflation. There are many good reasons for this increase, including improved environmental management and construction safety, but it comes at a financial cost.

If we don’t have the money to pay for this increase in cost, then we have to find it. The alternative is the kind of value engineering Toffee Pops have undergone in the last give years. Sure, the price of Toffee Pops has remained relatively stable, but today’s biscuit is a shadow of its former self – smaller and flatter and tasting of palm oil. This approach is distasteful for biscuits and objectionable for hospitals. We’re talking about critically important buildings that deliver life or death services. Building undersized or ill-equipped hospitals misuses resources and places future population health at unnecessary risk.

Certainty of cost is also stated as a common reason for delays – more analysis is required to give greater certainty. The false economics of this rationale become clear when we consider how an increase in estimated construction cost fits into the wider context of government forecasting. For the past six years, Treasury’s 12-month forecast accuracy of government revenue has been plus or minus 3%. That’s pretty good, but it equates to a $6.2 billion variance that needs to be managed every year. When we stop a hospital project because of a potential $100 million cost overrun in three years’ time, we are talking about a potential cost that represents 0.5% of all the variance that may occur by the time that money is due.

That’s not to say total cost doesn’t matter. We can and should do everything possible to accurately model and control construction cost. But haggling over the price of a bottle of water when you have $100 in your pocket and you’re dying of dehydration feels short-sighted. Put another way, at its peak, the economic impact of Covid-19 lockdowns on nominal GDP hit $1.45 billion per week. Set in this context, hospitals and the nurses, doctors, and support staff they need to operate look cheap at any price.