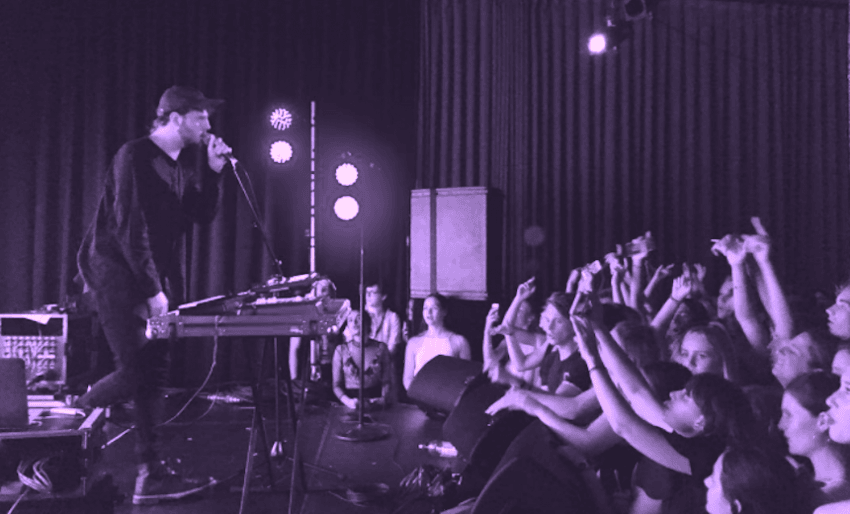 Why aren’t there more all ages shows? A promoter shares some hard truths

By Jared Ipsen
Guest writer
Made possible by

Jared Ipsen, who has been playing in bands and putting on shows for over 10 years, responds to Grace Stratton’s recent plea for more all ages shows.

All ages shows are just not worth it. Ask almost any all ages show promoter in New Zealand and you’ll probably get the same answer.

If bars and other 18+ live music venues have been feeling the competitive squeeze of good quality television and average quality weed, all ages venues have been all but crushed in their grip. Without the sale of alcohol to regular patrons to fall back on, many are closing their doors for good, either by choice or out of financial necessity.

While some have been able to scrape by with social enterprises, band practice rooms or the ever elusive ‘council funding’ to keep our doors open, many aren’t so lucky. On the rare occasion promoters are able to pull off an AA gig, they’re lucky to break even on operational costs.

Out of the 10-ish years I’ve been involved with putting on shows, I’ve only ever made money once. That was at a pub. In my experience, bars are a much more viable option for touring bands: the hireage costs are cheaper (sometimes even free), and even if your band sucks, someone is probably gonna turn up – and trust me, there aren’t many worse feelings than literally no one coming to your show. (Yes, it’s happened to me. And yes, more than once.)

It’s a Catch 22: we can’t afford to pump out quality shows without a paying audience, but we can’t entice an audience to pay into our venues without putting on quality shows where they know their friends will be. All ages shows are loud, smell bad, and are sometimes dangerous. And the biggest risk are drunk teenagers, who can cause local shows and even entire venues to be closed down without any warning. I’ve even seen event managers break down in tears halfway through a show when shit really starts hitting the fan.

But we can’t place all of the blame on these kids. It seems like the alcohol industry is viewed so synonymously with live music, it’s so entrenched in our public consciousness, that these kids think that you can’t properly enjoy a show without sinking some Jim Beam in the carpark before the opening band plays.

I think the main problem for these kids is that there just isn’t anything for them to do. What alternative do they have? Do they get drunk on the side of the road on a Saturday night with their friends, or do they sit alone at home with their thoughts? And what can we do as adults in the music scene to make things better for them?

From day one, my main motivation for putting on AA shows has been distracting teenagers from their problems for a few hours on a Friday night. As a 15 year old outcast with more Metallica albums than friends, AA shows were a sanctuary, a refuge. Me and my peers and our shitty bands were able to connect with these people we wouldn’t have met otherwise, all sharing the same vision – to play the heaviest fucking breakdown humanly possible. All I want is to recreate some of that magic I felt as a kid, and that live music can help someone in the same way that it helped me.

Back in those days, a MySpace bulletin and texting a few friends about an upcoming show was enough to ensure a few hundred punters in attendance. Over the past few years, it isn’t uncommon to see promoters sink a decent wad of cash into advertising an AA show, slap up posters around schools, beg the bands to share the event on Facebook and still only see 10 people paying in.

One of the most common complaints from musicians I’ve heard when attendance at an AA show is particularly shit is “no one comes to this venue anyway”. Blame is always pushed back to the building that hosts these events – and perhaps rightly so, to an extent. But if we really want to create a scene, to help these kids, we all need to be doing better. We need to be doing poster runs, inviting people to shows, seeking out and mentoring these young bands. We need to show these kids that this music thing can be a way out of the isolation they may be feeling.

Things have gotten worse for the youth since we were in high school. These poor kids are being constantly bombarded with advertising designed to make them feel ugly and worthless. We are living in an age where, thanks to social media, mistakes aren’t forgotten (I can only thank God that Instagram wasn’t a thing when I was 13). Our country has the highest rate of teen suicide in the developed world. We need to be focussing more on creating these environments where teens are celebrated and nurtured, rather than feeling like they’re just a problem to be solved.

We want these disenfranchised and broken kids to be able to have a space that is truly theirs. To be able to find a place of belonging in a city where so many doors are being closed on them. To be able to create, nurture and grow a community that otherwise can’t be found anywhere else. For me, that’s the sweaty, loud, cramped rooms with local bands.

All ages shows – financially, logistically – aren’t worth it. But as adults with the influence and ability to host AA shows, we need to be pushing ourselves to do shit that ‘isn’t worth it’. And I don’t want our music scene to become just another place telling these kids that they aren’t worth it – because, as a kid, shows were the one place that showed me I was.