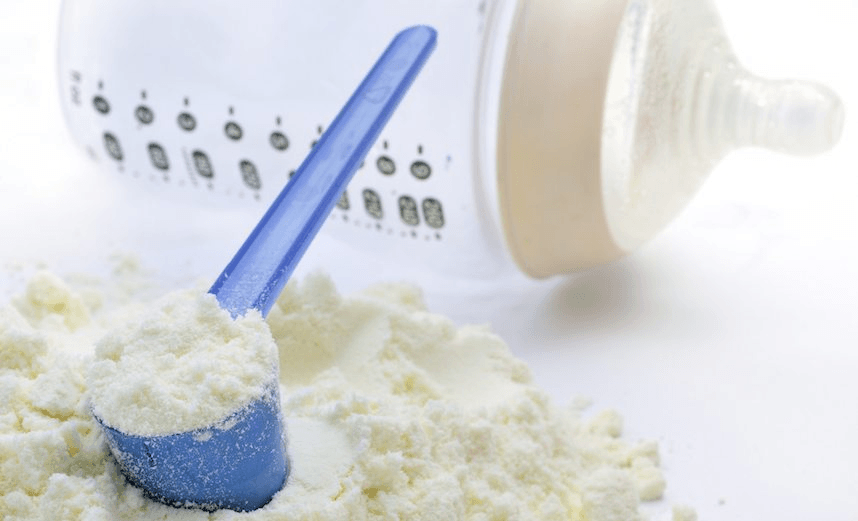 Why parents don’t need to be scared about baby formula

An Australian ‘study’ is whipping up fears over the safety of baby formula, but are reports on what it means actually backed up by facts? The Spinoff Parents’ science writer Dr Jess Berentson-Shaw explains why this latest scare story is bad science, plain and simple.

In the last few days there has been a bit of a hullabaloo about a ‘study’ on baby formula and nanoparticles. I use quotation marks because it was not actually a study, just some testing an Australian group decided to do and then write their own report about. I am not going to link to it because that would be five minutes of your life that would be better spent cleaning up a child’s bodily fluids. But for those who want to know before going back to the more productive task of cleaning up baby sick, this group’s report claimed that the nanoparticles found in some samples of baby formula were potentially dangerous. You can read a through shredding of these claims by our own real life nanoparticle scientist Dr Michelle Dickinson here.

As a parent I know it is bloody alarming to see any headline that suggests your choices might be dangerous, but let me reassure you that this is bad science. The good science, on the other hand, has a lot of useful things to tell us about caring for our children (also you are doing a great parenting job, by the way – people never say this enough).

Why the ‘study’ is just bad science

First off this so-called research (not really research), constitutes totally unethical behaviour. Proper scientists do not just decide to carry out some random tests, ignore all proper scientific procedure to do so, then put the UNVALIDATED results out there in the most inflammatory and scaremongering way and scare the bejesus out of a vulnerable group. Bad form!

Second, as I mentioned, this is not actually a scientific study – it’s a report by a charity that paid to have some lab tests done, so it holds little scientific weight. It is not entirely dissimilar perhaps to getting your child’s IQ assessed: fascinating to you perhaps, but fairly meaningless on any scientific level.

Third, even if it was in a scientific journal, or there were any indications it was a reliable or valid result, it is one study. I have discussed before what good science looks like and the dangers of drawing on a single piece of data because it stands out to us personally and hooks into our fears and/or beliefs. Good science is about drawing on the larger body of evidence and this is, well, not even a nanoparticle of good science.

Fourth, the good science tells us baby formula is a safe food. Under the umbrella of our food safety regulations there is a huge amount of testing that goes on of this stuff. Remember that time we thought maybe there might be bacteria in one type of formula and the entire production was shut down? There is of course constant reviewing of what should be in baby formula (in terms of trace elements and minerals and composition). What is important is that this is a transparent process, that the ingredients are determined using valid scientific processes, and that internationally recognised regulatory bodies work together on it.

And finally, there are many things that the good science is definite on, and that we can do to give our children the greatest chance to thrive. For example try to prevent sunburn when they are young to reduce their risk of skin cancer as adults; use clean water and sterilise baby formula equipment to prevent bacterial infections; get your children to wash their hands (and wash your hands) after the loo to stop the spread of disease; get your children vaccinated (if they are not immune compromised) to protect them and others in the community from infectious diseases; brush their teeth with fluoride toothpaste and drink fluoridated water; avoid sweet drinks and lollies where you can excepting that supermarkets are bastards and our whole environment is filled with cheap processed food because hey “it’s all about choice” (whatevs). Cuddle your kids, love them, reinforce their positive behaviour very very frequently; help children identify their feelings early; tell them all feelings are okay to help set up open communication with them as teens. This is the stuff we know makes a difference.

If you are still concerned, read Dr Michelle Dickinson’s thorough piece again and reassure yourself that you are doing a great job and you are awesome. Parenting is by nature a highly anxiety-causing activity (our brains were evolved to treat it that way so the kids survive). Being concerned is totally cool; what is not cool is when other people manipulate that concern for their own motivations and use bad science to do so.

Dr Jessica Berentson-Shaw is a mother of two, scientist, writer, and author. This is her approach to writing about science for The Spinoff Parents.