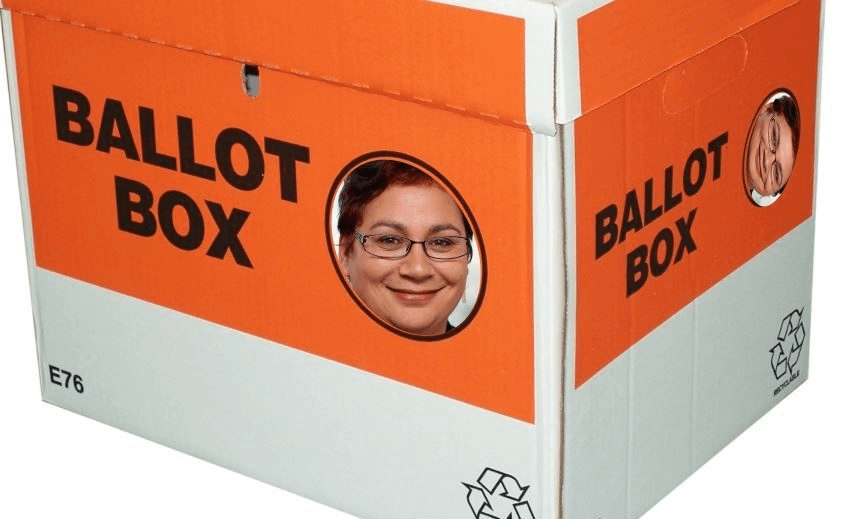 Yup, Metiria Turei broke the law. But this is a hell of a heavy price

The Green co-leader today ruled herself out of a future cabinet role after admissions about lying to Winz and in her voter registration details. But how bad, really, was the breach of electoral law, asks Andrew Geddis

While I can’t go so far as to claim Metiria Turei as a full friend, she certainly is someone that I’m friendly with. I’ve been to a party at her home, through my wife’s work with a local sustainable energy trust. I’m certainly on happy-smiles-and-stop-to-chat-on-the-street terms.

So a friendly acquaintance, if you will.

That relationship (such as it is) then creates some awkwardness when commenting on her recent false-electoral enrolment kerfuffle. I’m inclined to think the best of her and view her actions in a not-unfavourable light because, hey, we want to like the people we like. But at the same time, she’s accused of breaching electoral law – my academic area of speciality. And given I talk publicly on so much else, I hardly can go silent and run deep when the issue involves someone that I personally know.

With that disclaimer on the table for you to keep in mind, let’s get straight to the heart of the matter. Metiria Turei almost certainly broke the law when she enrolled to vote at her child’s father’s address back in 1993. In her public statement on the matter, she said:

And in an earlier interview with John Campbell on RNZ’s Checkpoint, she said:

“I wasn’t living in that house. And this will sound really dorky, and I totally understand that, but I put myself on the electoral roll there because at the time, the 1993 election, my best friend was standing for election in that seat, and I wanted to support her.”

Given that Turei clearly did not regard this address as being “her home by reason of family or personal relations, or for other domestic or personal reasons” – indeed, may never have resided there at any point – filling out an enrolment application listing it as her residence was a “false statement or declaration” under s.66 of the Electoral Act 1956 (as it was then). That offence then carries a notional punishment of up to 3 months imprisonment.

So much for the legalities of the situation. But how big of a deal is this really?

Well, as all the best political commentators say, clearly it is not a good look. An MP who admits she deliberately broke electoral rules, even if some 24 years ago, is on decidedly uncomfortable territory. Especially one who is busy trying to get young people to take the electoral process seriously, enrol to vote and then actually do so to change the government.

And her reason for deliberately breaking the law – so she could cast a vote for a friend – hardly carries the same moral weight as her defence of claiming a benefit to which she legally was not entitled. Getting Mt Albert’s McGillicuddy Serious Party Candidate up from 194 votes to 195 votes is not really in the same ballpark as making sure your young child has enough food to eat.

So Turei might legitimately be accused of being somewhat feckless, as if she didn’t really need to bother with inconvenient laws that stopped her doing what she wanted to do. At a time, we might remember, when she was studying for her LLB degree (albeit only at Auckland University, so let’s not get too overexcited on that score).

Having set out the evidence for the prosecution, let me try and wind things back a notch. First up, although her actions were an offence, a 23-year-old student doing the same thing today almost certainly would not be prosecuted for it. In 2005, for instance, some joker who openly bragged to the media about deliberately enrolling his dog to vote simply was required to apologise to the electoral authorities for making them look bad.

And there is zero chance that Turei herself will be prosecuted for this particular historic action. Under a provision of the Crimes Act in place at the time, offending such as hers has a 10-year limitation period applied to it. Only if the Attorney General authorises a prosecution can one now occur – and this authorisation will never be given (even if asked for).

That then leaves the question of how much moral or political opprobrium to level at Turei for her actions. Well, I guess that depends how harshly you want to judge a late-40s person for the fun-at-the-time-but-dumb-in-hindsight mistakes made in their early 20s.

Treating the electoral system’s rules as a bit of a joke (she was in a political party called “McGillicuddy Serious”, for crying out loud) seems to me to be pretty much at the lower end of that stupid shit scale. It certainly ranks below “got pissed but drove home anyway” – a crime I’m pretty sure many of our current MPs committed in their youth, but you can bet will never ‘fess up to.

So Turei has to live with what she did some 24-years ago – and she has accepted the price of those actions includes forgoing a ministerial role in any post-September alternative government. That’s a pretty heavy personal cost for her to bear, given that she’s waited some 15 years to have a chance at actually making the changes she wants for New Zealand.

And personally, I’m not sure her youthful crimes really warrant such a penalty. But then again, I am a friendly acquaintance.