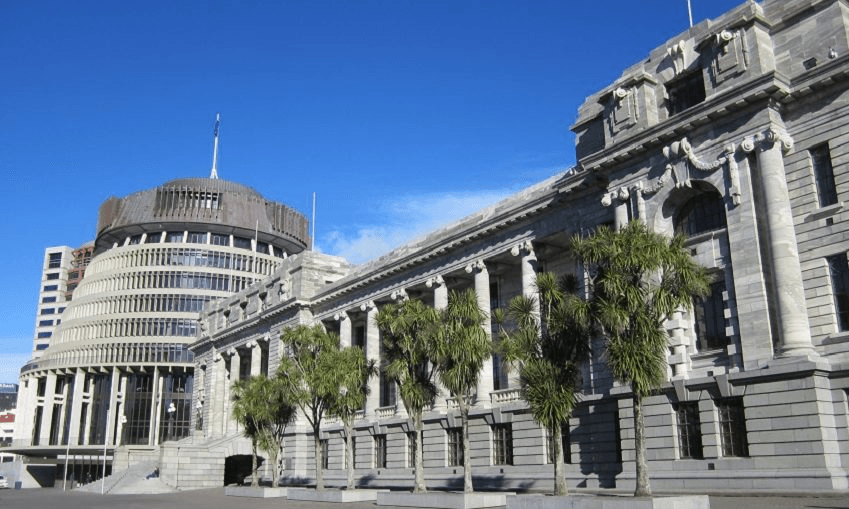 What is a beltway issue? In the Treasury data breach story, as so often, it seems to be a byword for ‘a political event which is embarrassing for the party that I like’, writes Danyl Mclauchlan

Since last week’s release of the budget and the subsequent media feeding frenzy about the so-called Treasury hack – the revelations about which are still forthcoming – there’s been a push back from some observers, describing the scandal as “a beltway issue” (the term is American, it comes from the interstate highway that encircles Washington DC). Media and pundits should focus on the budget itself, this argument goes, and not the scandal and politicking around it. This is the first ever wellbeing budget! It has important policies around mental health! Investment in rail!. Welfare indexaction! Kiwi mums and dads etc care about REAL stuff that impacts their life, not trivial political squabbles, and that’s what pundits and commentators should write about.

This argument is completely wrong.

Firstly: journalists, activists and other commentators shouldn’t lie awake at night fretting about the government’s ability to communicate their policies and agenda to the public. The government has many, many, many large office buildings full of press secretaries and media strategists and marketing experts and social media advisors and communications advisors and videographers and digital engagement consultants and copywriters and direct comms teams and digital comms teams, all of whom have managers and senior managers and deputy directors and directors with extensive experience in media and communications, all of whom are paid so much more than you are, and have large budgets for research, designers, web developers and other external contractors, and also have tens of millions of dollars in their advertising spend, which they mostly spend with Facebook and Google rather than the media outlet you work for.

All of these experts helped organise several months of budget preannouncements, and also to coordinate the government’s “approved leaks” of the budget prior to budget week itself, all of which was lavishly covered in the mainstream media. So relax: you do not have to worry about the government’s ability to convey their policies to “Kiwi mums and dads”. The government is fine without you.

And, snark aside, I think the media coverage of the actual budget was very robust. Yes, it was contaminated by the Treasury hacking scandal, because there’s a budget every year and nothing like the hacking scandal and the behaviour of the Treasury Secretary has ever happened in New Zealand politics before, but that’s what “news” means. All of the significance of the budget and the criticisms of it were well communicated by the reporters who covered it.

But I’d also point out that the idea of the hacking scandal as a “beltway issue” seems very situational. Many people were extremely interested in the story when Treasury announced that it had been hacked. They were riveted when the police were being called in to investigate Simon Bridges, who looked like he might have to resign, but those observers all became very loudly and extremely bored with the whole affair the instant Bridges was vindicated. Complex theories about how Judith Collins might have set Bridges up suddenly gave way to a chorus of sighs about how nobody even cared about any of this. The definition of “beltway” often seems to be “a political event which is embarrassing for the party that I like”.

And that’s fine. Most political nerds are basically just sports fans. They have a team they support and rivals that they hiss, and they wrap all this cheering and hissing up in a lot of moral and intellectual sanctimony and pretend that they’re saving the world. But I think pundits and commentators should resist this approach to politics. This can be hard. I hiss and thrash my neck around whenever I hear Bridges’ voice too, and I don’t think we should pretend to be objective. But there’s a basic rule of thumb I find useful when scandals and controversies break out. How would I react if the actors were reversed? How would I feel if, say, Jacinda Ardern was leader of the opposition and the Treasury secretary called the police on her to cover up his own department’s incompetence? It’s not infallible but it gives me a somewhat objective way to start thinking about what’s going on.

I do think that there’s a case to be made for “why didn’t Simon Bridges simply alert the Treasury”, and if the Treasury secretary had admitted his department was at fault instead of alleging a massive and sophisticated hack and calling the police, then “how long can Bridges last after this latest blunder?” is probably the post-budget conversation pundits would be having.

Pundits are mostly just here for amusement value but we can play a useful role. We can understand how the political system is supposed to work, how those in power are supposed to behave, what rules they’re supposed to follow, and then try and figure out what’s gone wrong when they misbehave and the rules get broken. And this is extremely beltway stuff. It can be hard to find out what’s actually going on, and who is telling the truth and who is lying, and it can be difficult to communicate all of this to the public. But that’s a big part of the value that pundits and commentators add. Otherwise we’re not very different from the political sports-fans on social media or the gigantic government public relations department that now comprises most of downtown Wellington.

If you’re progressive and you believe that there’s a larger role for the state in our society to solve the problems that free markets have obviously failed to address, I want you to consider that you also need to believe in a very high level of public sector accountability and transparency, and that you get this through scrutiny by the media and the opposition. If you’re going to give the state all this additional power then there need to be very loud, very critical voices acting as a check on that power. There need to be consequences when the state lies to the public, or abuses its authority. A progressive left that argues for a massively expanded state with no accountability is not actually very progressive, and a corrupt and incompetent state quickly becomes an issue “outside the beltway”.